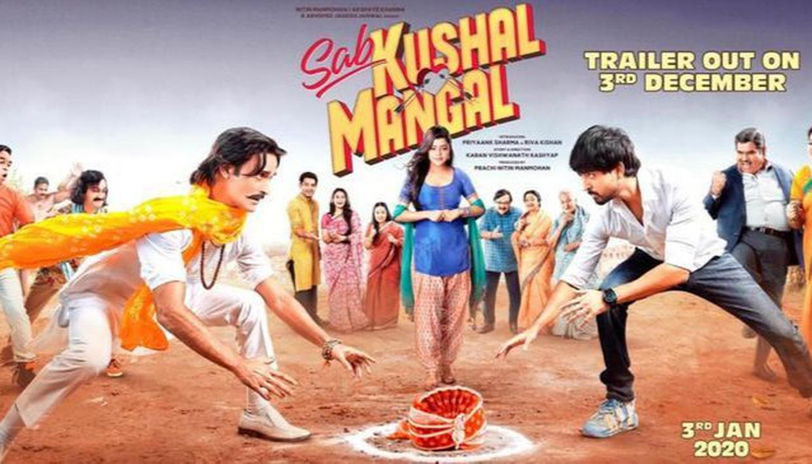 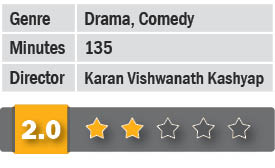 Somewhere in Jharkhand, in a small town called Karnalganj, is a small-time politician-cum-goon (isn’t this species omnipresent in those areas?) Baba Bhandari (Akshaye Khanna), who’s perennially shadowed by two cronies and whose supplementary means of income is from kidnapping potential grooms for girls whose parents can’t afford the dowry, which runs into lakhs. The local TV showhost, Pappu Mishra (Priyaank Sharma), who anchors a programme ‘Musibat Odh Li Maine’, is more recognised in those parts than anyone else. Baba Bhandari sees him as a convenient target for Mandira (Riva Kishen). Trouble starts when Baba himself falls for Mandira’s charms.

Riva, whose name is an anagram of her father Ravi (Kishen), is confident but barely looks heroine material. Priyaank, son of yesteryear heroine Padmini Kolhapure, is average. The lack of chemistry between the two is evident. It’s left to Akshaye Khanna to rescue the film from mediocrity and the strain on him is apparent. It’s a toss-up whether his role was written more as a villain or as a comedian – the latter wins hands down. The dialogue and screenplay by Brijendra Kalra held out substantial scope in this story but unfortunately falls short. Debutant director Karan Kashyap seems to be helpless as the overstretched second half does the film not much good. Of the veterans, Satish Kaushik, Supriya Pathak and Rakesh Bedi as the parents of the youngsters, Kaushik impresses the most. Fans of Akshaye Khanna may find the film tolerable.