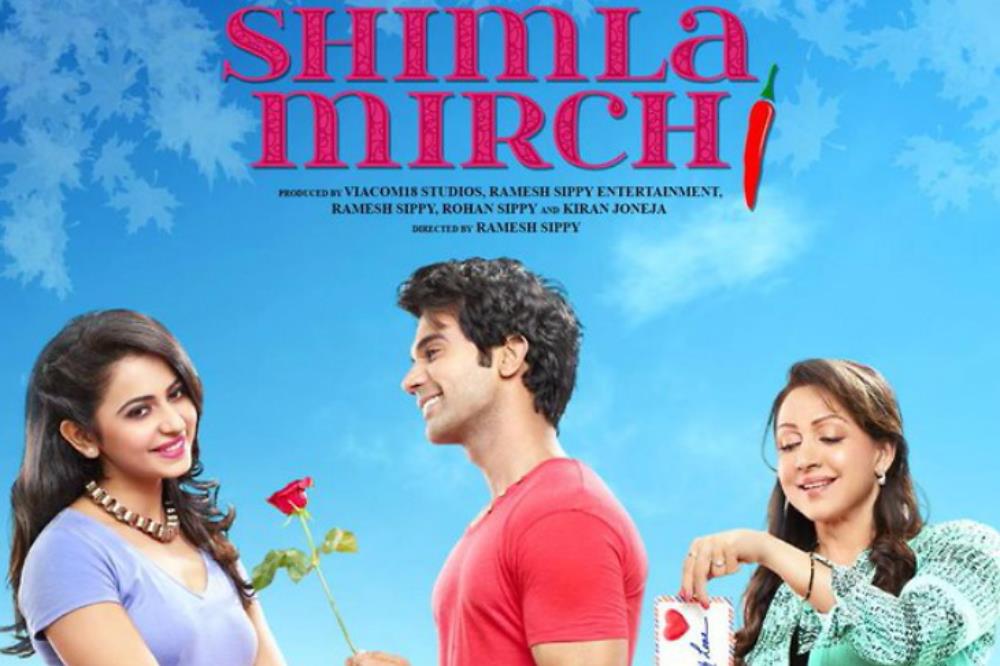 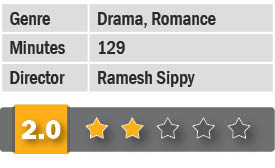 Shimla mirchi, the Indian capsicum, is not supposed to be spicy – not even pungent. Ramesh Sippy’s film by the same name, released after more than five years of completion, stays true to the meaning! Avinash (Rajkummar Rao) is on a holiday with his family (all women!) to picturesque Shimla where his eyes dwell on the charming Naina (Rakul Preet Singh). Reticent by nature, Avi is unable to profess his feelings for her. The time-tested alternative? He takes up a job in her cafe whose official inauguration is round the corner.

This is when the viewer is directed towards the (supposed) main plot – Naina’s mother Rukmani (Hema Malini) has been separated from her husband (Kanwaljeet) and the divorce papers are to be signed. But Rukmani still harbours feelings for her husband who’s content with flaunting girls half his age. Back to Avinash, whose only option to inform Naina of his feelings is to pen her an anonymous love letter. The recipient is so enamoured by it that she replicates one and secretly sends it to her mother to buoy her sagging spirits. When she discovers the original source of the letter, the romcom begins.

Ramesh Sippy, who’s given us numerous hits (particularly Sholay and Seeta aur Geeta) starting with Andaz in 1971, is sadly found wanting in this film. While Rajkummar Rao is sincere and endearing in parts and Rakul Preet Singh is alluring, veteran Hema Malini fails to make any impact. The guffaws she elicits are unintentional, largely the result of her accent. And when she’s on screen, can the ubiquitous ‘Kent water-purifier’ endorsement be far behind? And a few steps of Bharat Natyam too?

The cinematography by Jitan Harmeet Singh fails to capture the locales of Shimla, but that can be attributed more to the script than to anything else. The normally boisterous Shakti Kapoor is restrained as the cafe manager and does well. Watch out for two recognisable faces in cameos, one expected, the other not so.