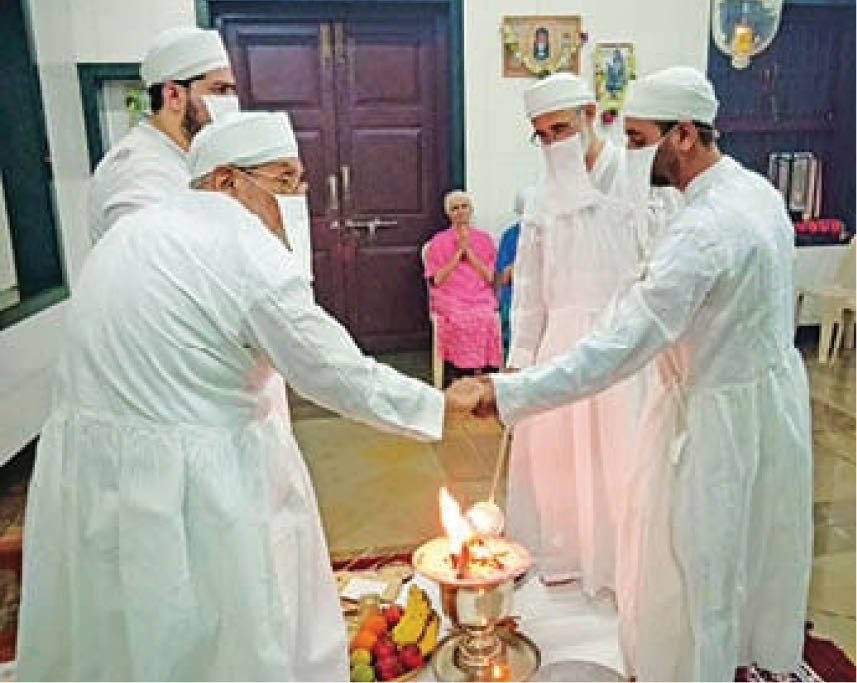 Nestled amongst the bylanes of Dhobhi Talao lies the 176-year-old Avabai Ardeshir Kharshetji Wadia Agiary, commonly known as Indawalla Agiary. Despite having the hallowed Anjuman and Wadiaji Atashbehrams as its neighbours, Indawalla Agiary manages to attract its faithful band of devotees, especially on Daepadar Roj, when Er. Darayesh Katrak delivers his discourse, preceded by a Humbandagi.

On the eve of 21st January, 2020, the Indawalla Agiary held a Jashan by current Panthaky Er. Shahvir Dastur, along with Er. Mehrwan Dastur, Er. Adil Bhesania and Er. Hoshedar Randelia. Er Katrak, in his prologue to the topic of the evening – the Nirangdin ceremony – expounded on the benefits of a Humbandagi, explaining how there is divine power in every word of the Avesta, and that, with the correct pronunciation, powerful vibrations are created. In a packed hall with approximately 75 attendees, he shared how good deeds brings one closer to Garothman (the dwelling of Ahura Mazda) by 1200 steps.

He enunciated that Nirangdin, one of the loftiest of all our ceremonies, and which takes 18 days to perform, is the one which consecrates the Gaomez (urine) of an uncastigated white bull – the Varasyaji, the word being derived from Varsa, for hair. He also explained how this Nirang is used prior to wedding, Navjote, for undergoing Nahaan purification, etc.

At the end of the 45-minute talk, Er. Katrak replied to numerous questions from the Humdins. The vote of thanks was given by the senior-most trustee of the Agiary, Mr. Kersi Wadia.