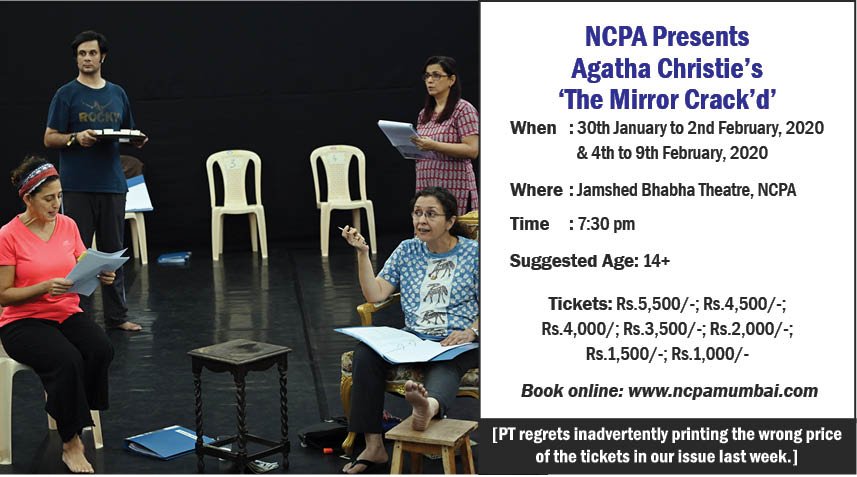 Featuring Shernaz Patel, Zervaan Bunshah, Zinnia Ranji, Meher Acharia-Dar, Suhaas Ahuja, Avantika Akerkar, Sonali Kulkarni, Bhavna Pani, Gillian Pinto, Harssh Pal Singh and Denzil Smith, and directed for the Indian audience by Ayeesha Menon, the play revolves around a house-bound Miss Mistry (Shernaz Patel) is visited by her friend and rival in crime, Senior Inspector Daniel D’Mello (Denzil Smith), following a glamorous drinks party that ends in murder. Set in 1976, the mystery revolves around a fading Bollywood film star, Mamta Ghosh (Sonali Kulkarni), making her comeback in films. Why did she disappear from the silver screen; why has she moved to the old Portuguese manor house, Briganza Mansion, in a sleepy, Goan town; and who would want to kill her? This traditional whodunnit has been re-imagined to focus on the ‘why’ as much as the ‘who’. Replaying and re-examining events from a variety of perspectives, the production explores how we try to shape our memories but end up being shaped by them.