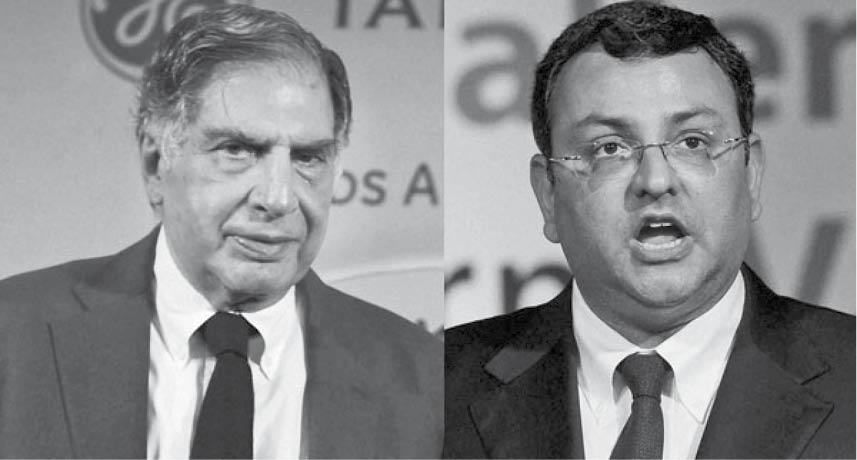 On 2nd January, 2020, Tata Sons moved the Supreme Court against the 18th December, 2019, order of the National Company Law Appellate Tribunal (NCLAT), which had reinstated Cyrus Mistry as Executive Chairman of Tata Sons and had ruled that the appointment of N Chandrasekaran as Head of the holding company of the salt-to-software conglomerate was illegal. Mistry was reappointed Chairman of Tata Sons and three group companies — TCS, Tata Industries and Tata Teleservices, Maharashtra.

The NCLAT had, however, stayed the operation of the order with respect to reinstatement for four weeks, to allow the Tatas to appeal. Setting aside a lower court order, the NCLAT also quashed the conversion of Tata Sons into a private company from a public firm.

Tata Sons has sought the stay on the tribunal’s order till its appeal is decided in view of the TCS Board Meeting to take place on January 9, 2020. An urgent hearing has been sought on January 6, 2020, when the SC reopens after winter break.

However, Mistry and Tata family patriarch – Ratan Tata – had reportedly fallen out over key investment decisions, including manufacturing of world’s cheapest car, Nano. Mistry, whose family owns 18.4 per cent stake in Tata Sons, challenged his removal in the National Company Law Tribunal (NCLT). The case of ‘Oppression and Mismanagement’ against Tata Sons and 20 others, including Ratan Tata, filed by Mistry family entities – Cyrus Investments and Sterling Investments – were however, dismissed by the NCLT in March 2017, ruling that they were not eligible to pursue the allegations.

Section 244 of the Companies Act, 2013 allows a shareholder of a company to bring an oppression and mismanagement case against the firm if it holds not less than one-tenth of the issued share capital. On appeal, the Cyrus Mistry firms had secured a partial win at the NCLAT, which waived the 10% shareholding requirement but remitted the matter to the NCLT. The NCLT rejected Mistry’s petition to reinstate him and found no merit in his allegations of operational mismanagement and oppression of minority shareholders.

Mistry had approached the appellate tribunal against the verdict of Mumbai NCLT. The NCLAT had reserved its judgment after completion of arguments from both sides in July 2019. According to media reports, Cyrus Mistry is unlikely to take up a board position at any of these companies, and will likely appoint Nominee Directors to the board, who would enforce best corporate governance practices.