XYZ held its most looked forward to event – Xtravaganza – and its Annual Day on 21st December, 2019, at KC College Auditorium, in Mumbai. The evening started with a Humbandagi by the Presidents of all eight groups for 2019. With ‘Human Emotions’ marking the theme for Xtravaganza 2019, each group was assigned an emotion to be portrayed through dance. 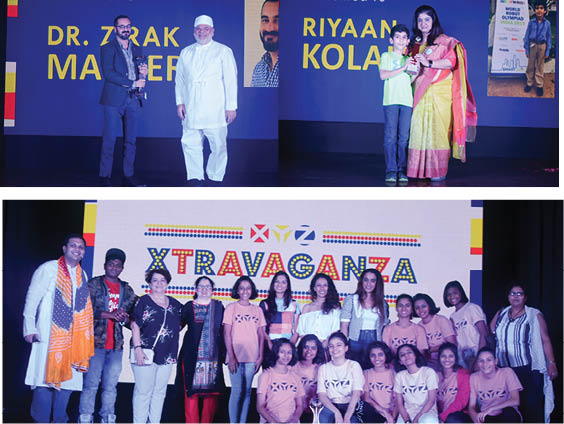 While XYZ group – ‘Noshirwan’s Knights’ commenced the competition with an amazing performance portraying courage, ‘Rustom’s Rockstars’ terrified audience with their rendition of the emotion – terror. ‘Cyrus’ Superstars’ left everyone awestruck with their performance based on the emotion – wonder, and ‘Jamshed’s Giants’ gave a heart-warming performance highlighting the emotion – compassion. ‘Behram’s Battalions’ left the audience in splits with a hilarious interpretation of their theme laughter. The girls of ‘Ketayun’s Conquerors’ exuded waves of anger with their rendition of Lord Shiva’s ‘Tandav’ in their display of anger. Tehmurasp’s Titans conveyed the message. ‘Make peace, not war’, highlighting their theme, peace; and ‘Daraius’ Daredevils’ highlighted their theme – love.

The eminent Dr. Zirak Marker was felicitated with the XYZ ACE (Achieving Continuous Excellence) Award 2019 for his exemplary work in the field of Mental Health.

A new XYZ initiative – XYZ Seniors – was introduced, where the alumni of XYZ, ie. the youth of our community over 15 years of age, will plan and organise activities for senior age group, post XYZ. The new office bearers for all groups for 2020 were sworn in and the evening concluded with the singing of Chaiyye Hame Zarthosthi and the National Anthem. 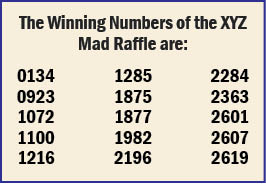