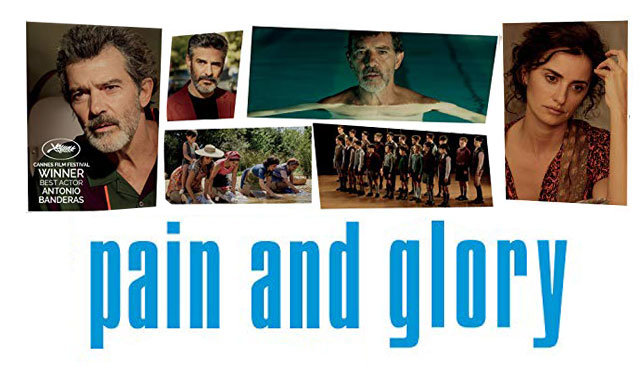 First, the title – it should give one adequate clues that it could turn out to be an autobiographical work, particularly when that film is helmed by one of the greatest filmmakers of our generation. The 70-year- old Spaniard, Almodovar, in the twilight of his illustrious career, and inspired by Fellini’s 8½,  collaborates with his favourite Antonio Banderas to create a semi-autobiographical, near flawless masterpiece.

Veteran director Salvador Mallo (Banderas), now almost semi-retired, is weighed down by physical pain and mental anguish – his failing health has led to his professional decline. He receives an invitation for restoring an earlier classic of his and takes this opportunity to rekindle relations with his star Alberto Crespo (Asier Etxeandia) with whom he had fallen out over creative inputs 32 years ago. While most of the runtime focuses on the conversation between the two, there are enough flashbacks to flesh out the character of Salvador, particularly with his mother Jacinta (Penelope Cruz), who took tremendous pains to raise him. One scene would stand out in viewers’ memory – of the young Salvador passing out on seeing the house painter bathing nude.

‘Pain and Glory’ is a tale of human relationships and rapprochement. Replete with banter and ripostes, master storyteller and Oscar ,winner Almodovar, along with Banderas (the film is nominated for two Oscars: Best Film and Best Director), couldn’t have provided a better platform for a semi-autobiographical story.