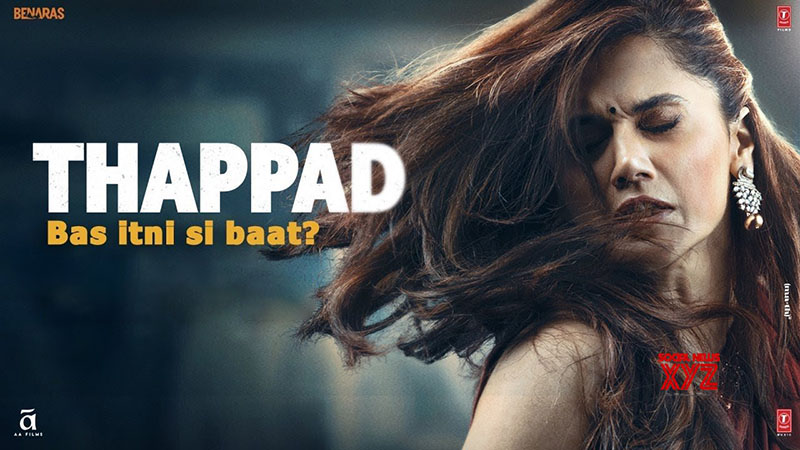 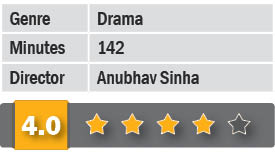 ‘A marriage is a deal’, utters a character midway through the film. That this deal does not turn out to be ideal is the focal point of Anubhav Sinha’s two-hour-plus film, co-scripted by him and Mrunmayee Lagoo, with script finishing touches by Anjum Rajabali. Amrita Sabherwal is a loving, dutiful housewife (having given up her aspirations of being a classical dancer after marriage), tending to her husband’s (Pavail Gulati) needs and mother-in-law’s health. Vikram, the workaholic husband is just given the welcome news of his new posting – taking charge of the London office. A party where all let their hair down follows. In a heated moment, Vikram lets his morals down – having received some unpleasant news – by giving ‘one tight slap’ to unsuspecting wifey. For the stunned, and slighted wife, this one ‘thappad’ is enough – enough to pack her bags and move to her parents’ (Ratna Pathak Shah and Kumud Mishra) place, enough to discover that her feelings for Vikram have evaporated and enough to file divorce proceedings against her husband when the latter’s lawyer (Ram Kapoor) cooks up trumped up charges against her.

‘Thappad’ is a unidimensional film, in the sense that it progresses in a straightforward direction 30 minutes after the film opens with this sordid incident. Mercifully, it’s a film without the usual courtroom drama. Where the writers score, is in the casting and the seemingly unrelated sub-plots, which effortlessly join the dots. Taapsee Pannu is excellent; Pavail Gulati impresses and Kumud Mishra is the best of the supporting cast. Maya Sarao, as Amrita’s lawyer is too restrained for her part. Geetika Vaidya as the maidservant does a fine job. Anubhav Sinha, who’s made socially relevant films such as ‘Mulk’ and ‘Article 15’ does his resume no harm with his latest. It all boils down to a woman expecting the two basics in a marriage – ‘respect’ and ‘happiness’.