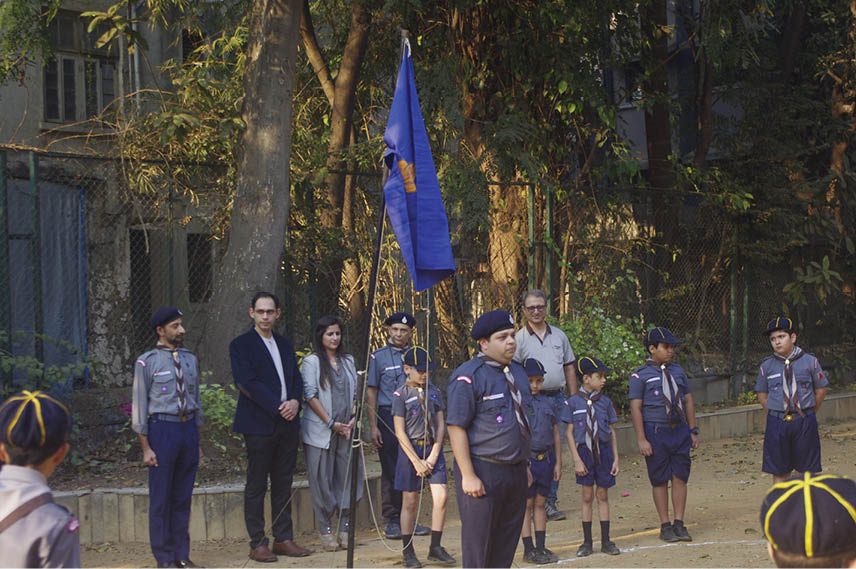 The parent’s day of Homavazir’s 11th CBDA Scout Group was celebrated with great enthusiasm at the JB Vachha High School, Dadar on 16th February, 2020, where Chief Guest – Dr. Mazda Turel was presented with an impressive guard of honour by cubs and scouts in uniform. 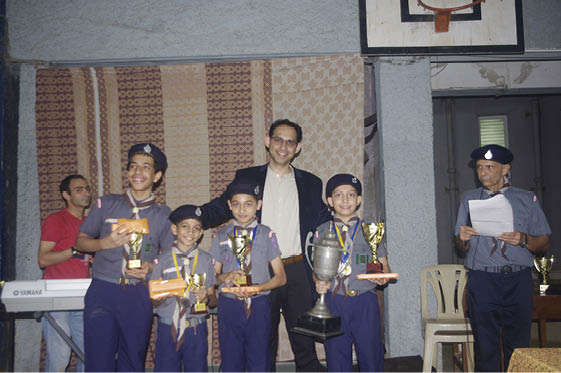 The programme began with the Cub Scout prayer song and flag break ceremony conducted by Scouter Arzan Godrej, followed by a transfer ceremony where senior cubs were transferred to the scout section. The outdoor programme included an invigorating parent’s Tug of War and a scout’s patrol activity. Group Leader Scouter Zubin Bhumgara gave the welcome note, introducing the Chief Guest Dr. Mazda Turel – eminent neurosurgeon at Wokhardt Hospital, gold-medallist and honorary Asst. Professor of Neurosurgery at the Grant Medical College and Sir JJ Group of Hospitals, as well as an ex-Scout in Homavazir’s Scout Group himself – and Debeshree Turel.

In his address, Dr. Turel gave an inspiring and nostalgic account of his association with the group. He emphasized the importance of scouting in today’s world and how it has held him in good stead. He was presented with floral tributes by cubs Shaan Bhesadia, Farhad Bharucha and Pashin Patel who were lowered from the first floor in a ‘Fireman’s Chair Knot’ for the same!

Other activities performed by the cubs and scouts included singing the group’s anthem, giving the famous ‘Bombay Yell’, presenting a group report, reciting winning poems, elocutions and acts; singing the monajats as well as fun songs with parents, and a quiz for parents. The highlight and finale comprised a demonstration of ascending and descending a hanging rope ladder pioneered by scouts using scouting skills, a free hanging rappel and the unfurling of a long banner with the message from the scouting movements founder Robert Baden-Powell, “May peace and happiness be with you always”, much to the excitement and applause of the audience.

Cub Burjis gave the vote of thanks. This was followed by refreshments, which concluded a memorable eve.