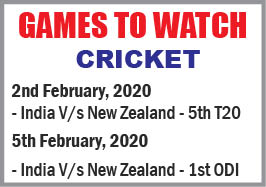 India Seal Series V/s New Zealand In Super Over: A brilliant last over finish by Mohammed Shami helped India draw a nail-biter during their third T20 V/s New Zealand at Hamilton, following which, the men in blue eventually grabbed a victory in the Super-over as Man of the Match, Rohit Sharma, smashed 2 sixes of the last two deliveries off Tim Southee. India have taken a 3-0 lead in the five-match series, winning a T20 series in New Zealand for the very first time. Batting first, India notched up 179-5 in 20 overs as Rohit Sharma top scored with 65 off 40 deliveries, including 6 boundaries and 3 maximums. KL Rahul contributed 27 while skipper Virat Kohli made 38 and in the end, Manish Pandey remained unbeaten on 14, while Jadeja smacked 10 in five balls. For the Kiwis, Hamish Bennett picked (3-54). In reply, the black caps ended their innings also with 179-6 in 20 overs. This blockbuster encounter left every cricket fan on the edge of their seats, as India grabbed victory from the jaws of defeat!

Djoko In 8th Australian Open Final: An enthralling show from star tennis player and defending champion, Novak Djokovic ensured that he won 7-6, (7-1), 6-4, 6-3 V/s Roger Federer during their semi-final clash at Rod Laver Arena, Melbourne. With another victory in his kitty, Djokovic moves closer to his 17th Grand Slam crown. Being in seven Melbourne finals, he has gone on to clinch wins in all of them. He was indeed the favourite to win on the given day as Federer was not at his best due to injury.

Bala Devi Does India Proud: Scottish Club Rangers FC have signed the Indian national’s team forward, Bala Devi, who happens to be the first in Indian football to get selected for an 18-month deal after a successful spell during trials at the Rangers. This makes Bala the first Indian woman to become a professional footballer anywhere in the world and with that she also becomes Ranger’s first Asian International Footballer.