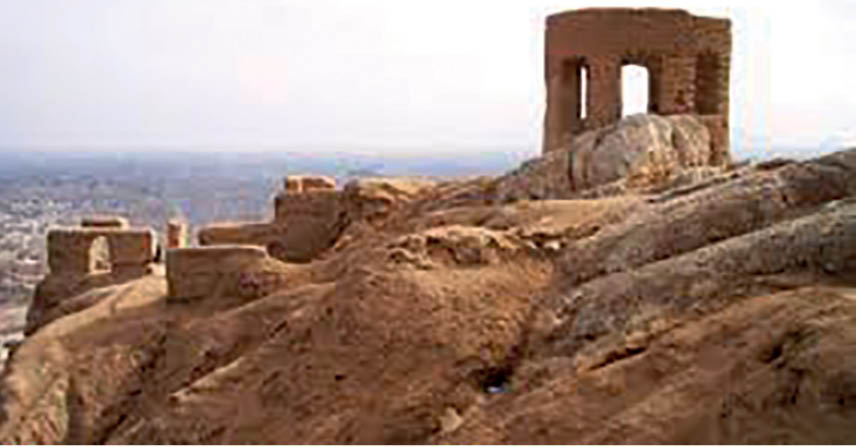 Iran, the home of ancient Zoroastrian sites, still retains otherworldly charm in many of its structures. One such is the ‘Atashgah’ – an ancient fire temple in Isfahan Province, located between the city of Isfahan and Najaf-Abad. Currently, the remains of the ruined temple on the top of a rocky mountain draw the attention of every tourist who visits the ancient monument. Situated on a mountain of the same name in western site of the central Iranian city, as per experts, the holy fire temple dates back to the Sassanid era (224–651) and has witnessed a series of wars and conflicts in different historic periods.

From the architectural point of view, Atashgah is considered as a wonder of its time. The design is round with eight sides all of which has a large window that enabled people to see the fire from each window. There is also an entrance door. Narratives say that Zoroastrian priests made fire inside the temple before saying prayers.

Atashgah and its fire temple on top registered in the list of national monuments of Iran in 1951, (Regn No. 380). Ancient manuscripts reveal that Atashgah has had several names in the past, among them are ‘Ardeshir City Fire Temple’ and ‘Marbin Castle’. The temple was located in the center of a castle and its holy fire has been alive for several centuries.