Our community’s leading medical luminary, Dr. Keki Edulji Turel commands 47 years of expertise in neurosurgery and is a consultant at the Department of Neurosurgery at Bombay Hospital. Known for his compassionate outlook towards his patients, Dr. Keki Turel’s vast educational achievements include MBBS, MS in Neurosurgery, FICS, FABCNS, FAIS, FICG, FRCS, FACS, FIMSA. He is the member of several medical associations and societies including the Neurological Society of India, Epilepsy Association of India, Indian Medical Association, Associations of Surgeons of India etc. Parsi Times thanks Dr. Keki Turel for sharing key insights into the comprehensive repercussions of the dreaded Coronavirus

Humankind is currently facing an unprecedented global crisis. The might and arrogance of the greatest of men and nations have been felled and brought to knees by the tiniest of organisms!

Respect For Nature And Her Ecosystems:

The Earth, our home, was carefully created as a unique work of Nature in the hope that all creatures co-exist with love and trust for each other. Man was endowed with superior intellect that he could use with qualities of long-term vision and leadership, the responsibility to maintain the complex and delicate balance of Nature. Instead, he chose to divide the world, create barriers and weapons of destruction, not realizing that they would boomerang with even greater energy, compelling Nature to take matters in her own hands to restore sanity and order of the world.

Research has shown that Pandemics follow large-scale disruption of ecosystems which Nature has delicately weaved eons ago. Nature would have wanted her smartest creation – Man, to learn from his mistakes, but whilst instilling some virtues in her creation, she peppered a few strains of ego, envy, greed and avarice.  Thus, wars continued to be fought… by man against man, and Man against Nature.

Man is too busy and occupied with the quest of his present life and moment. He has not learnt lessons from the past, from previous tragedies and losses, nor appears unduly concerned about the future of this earth and its myriad inhabitants, flora and fauna, mountains and valleys, forests and deserts, rivers and seas and its treasures of marine life. The health of the rapidly deteriorating environment does not arouse angst because he is only focused on his own selfish, even though relatively short passage through this planet. He knows he is not immortal, but he fails to envision the immortality of the chain of humankind whose seeds have been sown over a billion years ago, and which remains the collective responsibility of every soul born in this world.

Ever since the outbreak of this deadly virus, numerous simple-to-understand and follow guidelines have been issued by WHO. Frequent washing of hands with soap; using masks and sanitizers; avoiding physical contact with people and staying indoors until the pandemic abates, are strongly recommended. Rapidly eroding societal and family values, which appeared to be progressively diminishing can be restored staying at home by direct interaction, fostering love and understanding amongst family members. Simultaneously, there is enhancement of the value and power of exponentially growing electronic networking amongst groups, and people within groups who can conveniently communicate online, thus saving precious time and energy spent in physical traveling. Technology, which is forever on the rise, will now be pressed into service, more than ever before. Already people have been asked to work from home, with institutional activities and businesses going online.

Decisions taken by scientists and government at this juncture may shape our healthcare systems, economy, politics and culture. These actions will have immediate and long-term repercussions. The current storm will pass, but the world will change. Issues that take years of debating by lawmakers and Parliamentarians may be adopted swiftly. In order to curb the spread of disease, the government may tighten its control by exercising strict surveillance. People will be monitored for every action through the smart phone. China has already done it. But that is a totalitarian society. Will our democracy accept its right to privacy being infringed?

In recent years, both governments and corporations have been using technologies to track, monitor and manipulate people. Under the garb of using such methods for controlling the carriers of the virus, mass surveillance will enable access to personal habits, activities and data of individuals they wish to target, with various motives in a legal and unquestioned way. And this could continue long after the virus threat is over and gone. 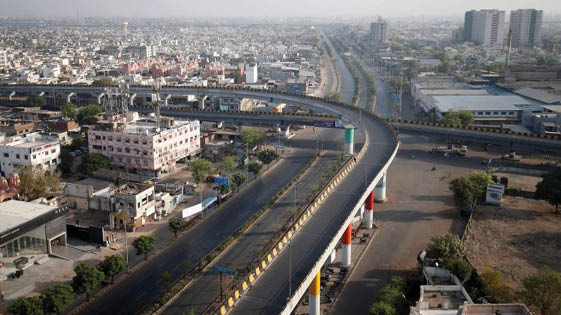 We eulogize the virtues and bravado of our war heroes in the name of our fight for good against evil. Now is the time for our new heroes fighting on another war zone: they are the healthcare workers; and the battlefront is hospitals, labs and clinics. The ammunition is drugs and ventilators. Losses are greater than in any world war – this indeed is world’s war, not fought between nations, but between the mighty man and a tiny virus.

There will be colossal loss of life, and staggering slump of economies. The Central and State governments, under the able leadership of our PM and CM, have taken it most seriously and propounded strict measures. But it seems many Indians have not realized the catastrophe it will lead to if they don’t observe strict discipline. We should respect the curfew, and feeling well, not come out brazenly with a false sense of freedom and security. Else, don’t be surprised, if in the coming weeks, India dons the crown of ‘The Most Infected’ by the virus. Following the initial successful measures, the world is watching us, with awe and cynicism. 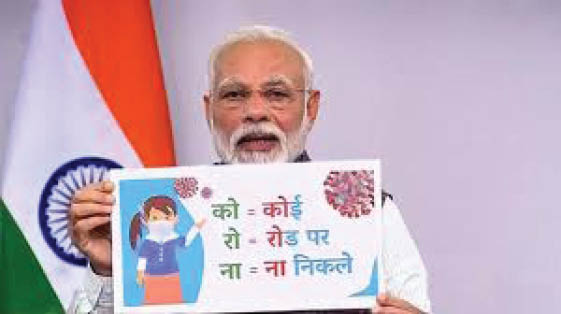 Behind the scenes, pharmaceuticals and virologists are busy researching and preparing antiseptics, medicines and vaccines; factories are manufacturing more and affordable ventilators, masks and respiratory devices. An unprecedented number of labs have already been setup in record time across the country, and these efforts haven’t ended. All these will compensate and stand in good stead for the perennial and perpetual shortages we have faced in past, long after the pandemic subsides. The crisis has also created unlikely heroes, and India’s role in taking strong steps to curb the rot, whilst at the same time not failing in its humane duty of airlifting its stranded nationals (and even some foreign nationals) from highly ‘volatile’ counties, where the virus has been rampant, to the relative safety of its own shores, will never be forgotten. India has also shown its benevolence by sending drugs and essentials to its neighbors, both small and big (including USA and China).

In some hospitals too there is a ‘natural’ selection of the kind that Darwin spoke about in his theory of ‘Survival of the Fittest’: The mitigating circumstances in some hard-hit countries have unfortunately resulted in the very young and the very old being denied care, so that the limited resources can be utilized for the young adults, who are best suited to survive and take on the burden of the future world – not to speak of some active and very sick carriers elsewhere, who were ostensibly and forcibly exterminated in a desperate bid to curb the spread of the disease. Again, man against man – that’s what the virus has taught us!

India’s ancient civilization has come to the rescue of its people by its spirituality and emphasized to the world once more the need to increase one’s spiritual capacity. Pleasingly, our traditional ‘Namaste’ has rapidly become ubiquitous! 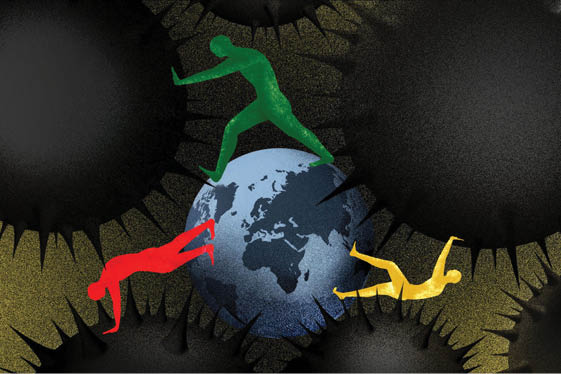 This Is Not A Simple ‘Flu’:

We have learnt not to take the ‘Flu’ lightly anymore. It can be a death sentence. No, no need to get paranoid, but do report to your nearest health facility if you feel unwell. Public panic may be good in containing its spread and consequent morbidity and mortality, and ensure a pathogen-free community, not only with regard to the ‘flu’, but also when it concerns other diseases. Sounds utopian. The recipe is ‘Succeed through Iteration’. Better to be scared than be complacent or chivalrous, ‘Better safe than sorry’. Identify quickly and isolate strictly. We can’t afford to miss out on any positive case.

Respiratory viruses spread very rapidly, and the present strain of COVID19 is spreading like wildfire (tens of thousands of people die of the Flu every year. H1N1 Swine ‘Flu killed 2 Bn people). A lot of modern viruses are linked to bats – SARS, Ebola, HIV. So, the Flu is no more the problem of one nation or region, and the virus has many mutants with widespread activity. Bill Gates Foundation has donated a staggering 12 Bn dollars in developing a universal Flu vaccine for every variant. And that hopefully will be widely available, affordable and expectedly safe. 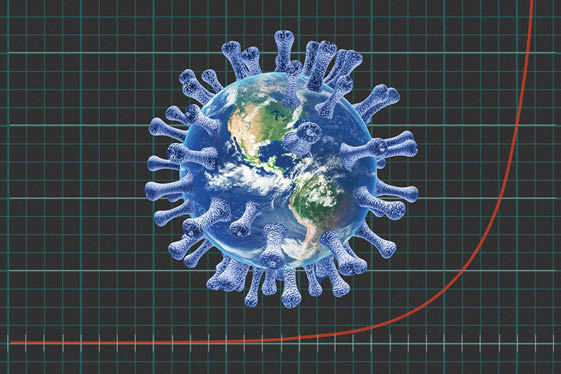 In our own backyard, Serum Institute of India (the world’s largest producer of Vaccines) and Reliance Foundation are working relentlessly, as are Roche Foundation in USA and an Israeli Pharmaceutical. There are now many startups dabbling in this. As in any scientific R&D, there are obstacles and perseverance is needed whilst proving credibility and science. There may be some daredevils eager to try something quick and new, combining bravery and foolishness. That’s not all. We still need funding for creating awareness, spreading education for early diagnosis, and to support doctors, paramedics, technicians, social workers, volunteers and other activists. On one hand, we have to treat, and on the other hand prevent its spread – from being reactive to being proactive.

So, the problem is not just medical, it is also social and economic. We need universally spread-out testing facilities. To predict and to prepare. And to protect the most vulnerable, namely the children and the elderly, and those with low immunity, diabetes, renal problems, dehydration and stress. Research will help us understand the full dynamics: the transmission cycle from animals to humans. Ducks don’t sneeze and cough even as they carry the Flu. We need to know that, whilst extrapolating the Vet arm to the Human arm. 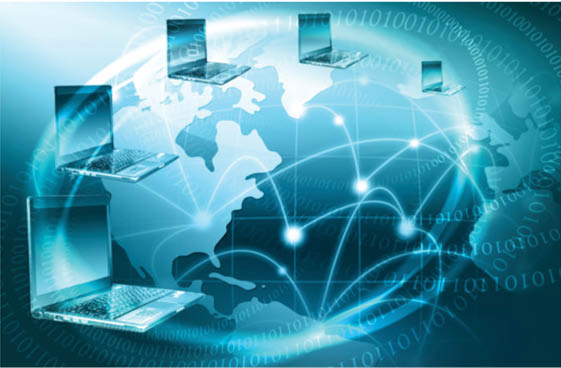 Has The Virus Taught Us Anything Good?

The principles and importance of self-hygiene, social distancing and healthy survival are strong re-reminders, especially for us Indians.

Be thankful to Nature for her bounty and respect her laws. The punishment may not seem immediate but will deal a deadly blow with compound interest. Adversity rekindles faith, hope, love and fellowship. But will man realize this and become more responsible and humble, and learn to share his space? Will he become less greedy, selfish and arrogant?

Remember, the next pandemic is on the horizon and about to happen, and may wipe out a bigger chunk of humanity from the face of this earth than ever before. This pandemic may just be the tip of the iceberg, heralding an even larger looming crisis and giving yet another opportunity to brace ourselves!

And one final but pertinent thought – could this virus have mutated due to strong electromagnetic forces emanating from our same 5G/ 6G waves, testing of which had seen countless birds succumb, not long ago?

And Finally Some ‘Good News’!

According to a news channel, US FDA has announced a combination of Hydroxychloroquine (HCQ) and Azithromycin taken for 6 days at the onset of the symptoms (cold, dry cough, mild to moderate fever, body ache) gives a 100% cure against the virus. Nevertheless, even if it is true, don’t forget the good old adage, ‘Prevention is better than Cure’. 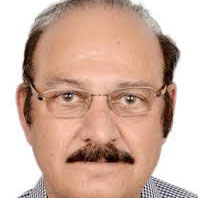