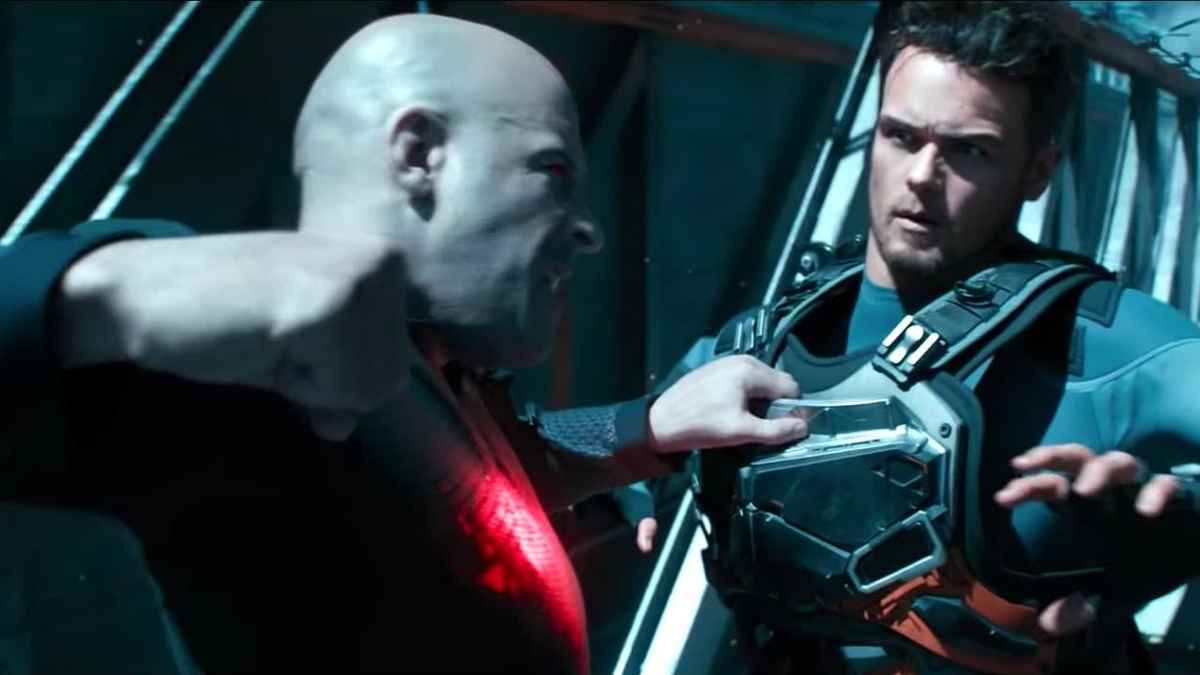 As sci-fi films go, this one manages to give the genre a bad name. Vin Diesel is expressionless, the plot is threadbare and the acting is nothing to write home about.
Ray Garvison (Diesel) has just won a battle freeing hostages. His plans of spending quality time with his wife Gina (Talulah Riley) goes awry as terrorist Martin (Toby Kebbel) raids his home, kills his wife and –  Ray too.
But since we are in the era of superheroes, Dr. Emil Harting (Guy Pearce) of Rising Spirit Technologies resurrects him, injecting him with nanites to give him indestructible powers. Aiding Ray is super soldier Katie (Elza Gonzalez).
The opening credits come on much after the film begins and most of Bloodshot is on pointless dialogues, and that’s when the viewer too wishes he was in another place. The special effects are a saving grace but it’s a matter of too-little, too-late. Debut feature director Wilson, who’s made his calling in Hollywood as a VFX supervisor, comes unstuck at crucial moments in the film. Diesel is expressionless and Gonzalez looks alluring, which seemed to be the only reason for her to be in the film.