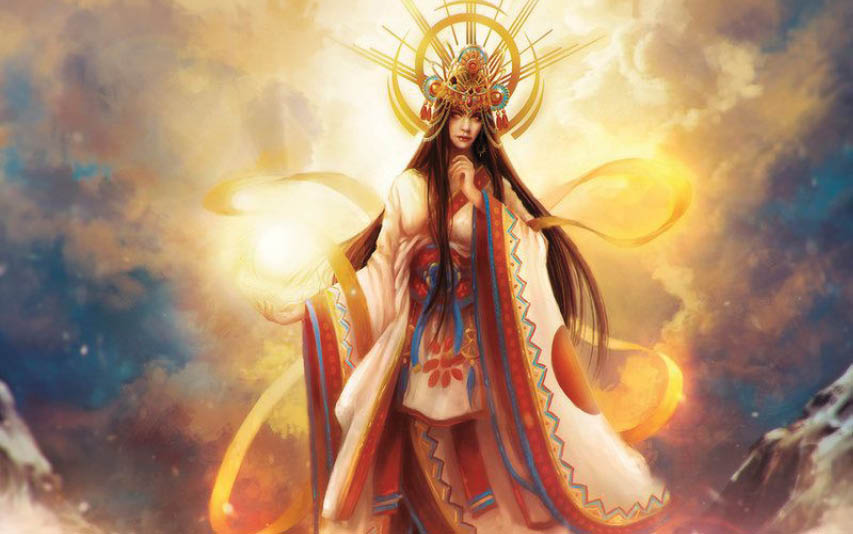 Everywhere in nature, we find pairs of opposites that complement each other and complete each other -like light and darkness, Yin and Yang, good and evil, day and night and many more. Similarly, for the procreation of any species, there’s male and female. This female aspect comes from Divinity and has been acknowledged in all cultures and every religion.

As Zoroastrians, we worship Avan Ardvisur Anahite, who helps the embryo in the womb in constructing a new body – physically, emotionally and mentally, within the Karmic-limitations of that soul. She helps the descent of the soul from the spiritual world into our physical plane of consciousness, presiding over and directing all maternal processes of nature. She, like all others, is the Feminine or Mother-aspect. 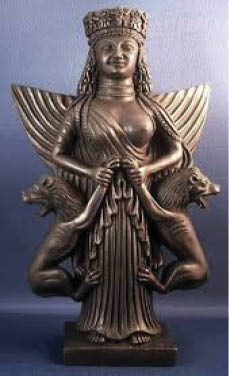 Then again, Armaity is all-compassion, all-love, all-forgiving and all these are also the qualities found more in women than in men. In the mother resides the seeds and power of all living things and the power of reproduction and nurturing thereafter. The cosmic maternal principle is universally manifested and its conserving and reproducing attributes are active throughout nature in all species – right from the tiny ant to a huge elephant! Therefore, physically, every female of every species is given a womb, which is the seat of creation, or she is given the power to lay eggs according to the evolution of that particular species. Thus, femininity is present throughout the organic world. It is active within every single cell as well as within every multi-cellular organism. Without the feminine, nothing can be conceived and born, nothing preserved, nothing reproduced. All this is a must in the physical world.

In the supra-physical and astral world also, the principle of Feminine Divinity is equally prevalent and equally important. For human beings, it is the auric-envelope formed within the soul at the time of conception. This is why primitive cultures worshipped the womb where an incoming soul gestates for nine months. All cultures have recognised, honoured and worshipped this maternal principle in nature. Every esoteric as well as exoteric religion has personified it as Goddess (Devi); an Archangel Mother of the Universe (Jagdambey) or even a trouble-shooter who vanquishes the baddies (Durga and Kali). This mother-Goddess concept is found in all civilizations, races, religions and nations. These feminine personifications of the world-Mother are among the noblest concepts of the human mind, which, in creating, revering, worshipping and serving, gives mankind its highest degree of devotion, idealism and religious self-expression. Such devotion, love, longing, reverence and worship, which are offered to World Mothers of any religion, are worthy of the deepest respect.

Unfortunately, human nature being what it is, has sunk into gross superstition. For example, child-sacrifice in some religions and the Parsi habit of defiling any water-body with coconuts, flowers, coins and even Dar-ni-Pori, for heaven’s sake! This doesn’t please Avan Ardvisur Banu – it pollutes the waters over which she presides! Pollution of any of the five elements of nature is not allowed in Zoroastrianism which is based on Ashoi and Purity. All your offerings to water cause pollution in the seen-world and Rimani in the unseen world – do bear this in mind on every Avan-Nu-Parabh.

When a child is hurt physically or emotionally, the first person it runs to, is the mother. In the same way, as adults, when we are go through a bad patch in life, we turn to the feminine aspect of Divinity. Through aspiration, prayers, highest love and supplication, we approach this aspect.

The Madonna or Mother Mary has always been and still is of incalculable value in consoling, purifying and ennobling humanity. Through Her, a realisation of the Motherly-love of God has been brought within reach of millions of suffering and aspiring people. In ancient Egypt, we had Isis and Osiris, who were worshipped by women aspiring for a child. In China, it was Kwan Yin; in the ancient Mayan civilization, the womb was worshipped. Lord Shiva is complemented by Parvati. Radha’s name is taken before Krishna’s – as in Radha-Krishna. In certain sects, they simply say Radhey-Radhey!

Everyone believes in the existence, nature and function of the World-Mother who is conceived in certain schools of occult philosophy as a highly evolved Archangel representative and the embodiment on earth of the feminine aspect of divinity. In her, are the highest qualities of womanhood and motherhood, shining forth in full perfection. In reality, she is beyond all limitations of form since no painting, no picture, no statue can truly represent her. She’s always close to a mother and her unborn child, especially when the time of birth draws near. She provides milk to mothers’ breast long before a child is born. She helps in childbirth and throughout life to anyone who reaches out to her. She is within you, me and everybody who has compassion in their heart!