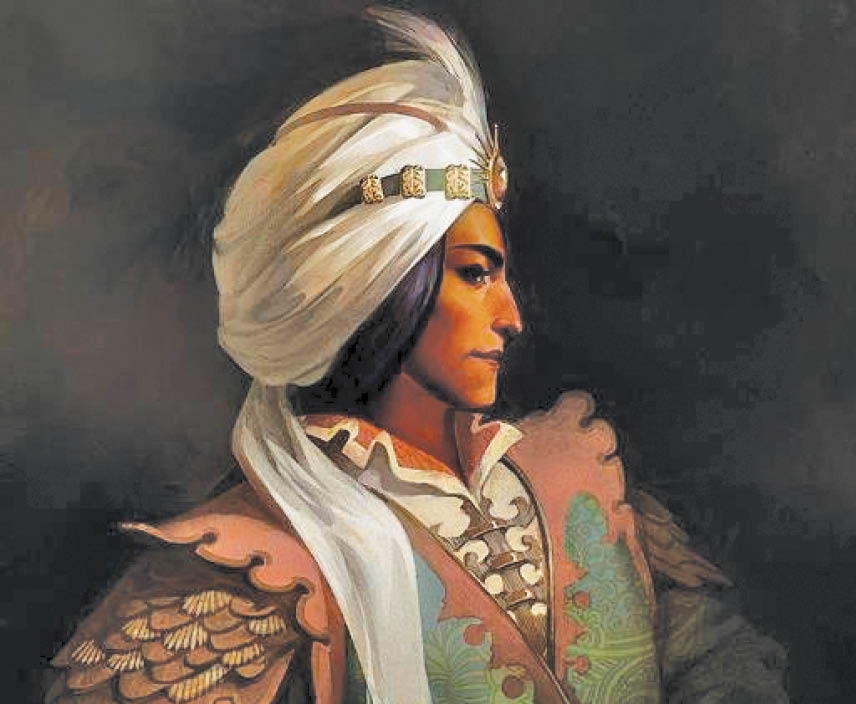 Erudite Zoroastrian historian and religious scholar, Noshir Dadrawala, traces one of our greatest Zoroastrian traits – Leadership – right from the times of Shah Jamsheed and shares valuable insights which could prove beneficial even today!

According to legend, it was the great King Jamsheed of the pre-historic Peshdaad dynasty who initiated the tradition of celebrating the spring festival of Navruz (new day). This day marks a new beginning with celebration and contemplation for a better tomorrow for this world. Not everyone can be in a position of leadership to bring about positive change. However, each person can play a leadership role in initiating positive change for bettering this world either as a thought leader or a working leader… and who better can we draw inspiration from, than Shah Jamsheed himself!

The Peshdaad dynasty kings were the Pesh (first or foremost) givers of Daat or Daad (laws) and among kings of that legendary era, Jamsheed is referred to as Rayo-mand and Khore-mand (i.e. Radiant and Glorious). Khore (Avestan Khvarenah) is also believed to be a Divine mystical force or power bestowed upon righteous kings or leaders, which aids them in their mission to make this world a better place.

Wielding Power: Power is a double-edged sword. It can be used positively or negatively. Abraham Lincoln said, “if you want to test a man’s character, give him power”. Any management consultant would tell you that power is more readily lost when leaders prioritize self-interest over collective goals. One of the keys to maintaining power is advancing the interests of all stakeholders, in a fair manner, with humility.

As long as Shah Jamsheed used power for the good of his people and more importantly, with humility and grace, he was loved, respected and could keep his Khore or Divine Power. But, when pride or ego entered his heart, he not only lost the love and respect of his people but he also lost his Khore. He was left bereft of power or position.

Ego As Your Adversary: Leadership and ego often walk hand in hand. They love each other and yet they are each other’s worst adversaries. Ego is an individual’s idea or opinion of himself and a feeling of one’s own self importance and sense of superiority. However, ego is like dust in the eye. Without clearing the dust, one can seldom see things clearly.

Shah Jamsheed’s Fall As Leader: According to the Shah Nameh (the Book of Kings) when Shah Jamsheed virtually ushered Frashokereti (or making this world wonderful, excellent and near perfect) he proclaimed in his court, words to the effect: “I think that there is no one in this world like me. I am unique. I have bettered this world and alleviated all pain and suffering. Skills and trades are flourishing in this world because of me. Life and awareness of life of my subjects is thanks to me. It’s by my grace that my people have good clothes to wear and good food to eat. I should be recognized by my people as their God.” The Shah Nameh states that as soon as he uttered these conceited and egoistic words, his Khore left him in the form of a bird. Shah Jamsheed lost his Divine Power and all other worldly powers. It further states, not only did Jamsheed’s subjects forsake him, they went in search of a new leader and found Zohak. It is a classic case of ‘arrogance before the fall’ and ego extinguishing all the good achieved. The story of Jamsheed helps us understand that power is necessary for progress and prosperity. But power must be attained through the right use of knowledge and application of wisdom with humility. Pride, to an extent, is legitimate and positive. But arrogance is undesirable and negative.

Not All Change Is For The Better: As Mark Anthony said in William Shakespeare’s Julius Caesar, “The evil that men do lives after them; the good is oft interred with their bones.” People quickly forgot all the good that Shah Jamsheed had done. They turned hostile and sought a new leader who brought about even greater destruction! And, that’s yet another fact of life – not all change is good. Even today, we notice people around the world democratically overthrowing leaders in the hope of better leadership, only to land from the proverbial frying pan into the fire!

Shah Jamsheed’s Positive Leadership: As a leader, Shah Jamsheed was a visionary who governed with an even hand. The Shah Nameh says there were no illnesses during his era – indicating that health and sanitation were top priorities. There was prosperity and so much growth that the king had to expand the boundaries of his kingdom at least thrice. Arts and crafts flourished. Even the discovery of wine is attributed to his era. King Jamsheed also possessed the fabled Jaam-e-Jamsheed (goblet of Jamsheed) with which he gazed into the past and the future. Perhaps it was an ancient scientific instrument or an observatory to study the stars and planets and their effect on events of the past and future on earth. It indicates the leader’s curious and observant mind.

He was both, King and priest, and sough Divine guidance virtually throughout his long rule. When the ice age set in, he was divinely guided to create a Vara (enclosure) on a mountain and save Ahura Mazda’s good creations from destruction. This story has much in common with Noah’s Ark, referred to in the Old Testament.

Fall Of The Leader: As long as Shah Jamsheed focused his attention on his people and stayed devout, there was glory for him, his people and the world. The moment his attention moved from Ahura Mazda’s Will and his people to his own self, where he began thinking he was all powerful, his fate was sealed. His Khore or divine power left him and with that, he lost all power and position.

Humility And Service: A true leader is always humble and loves to serve others instead of serving his or her own self-interest. Being humble as a leader makes one more relatable and approachable, creating a more humanistic environment where people feel comfortable being open and taking responsibility. Instead of ego, the leader should cultivate and display empathy or the ability to understand how others feel.

Lessons In Leadership: Leadership is a mindset and way of life. Not everyone can be a leader wielding a position of power. However, everyone can play a leadership role in society even without a power position or job title. Leadership is a process and not a rank or position. An ordinary citizen speaking out or writing against injustices plays a leadership role. There are several important lessons in leadership that one can draw from the story of Shah Jamsheed. To begin with, leaders are a beacon of change and innovation but they are also human, and humans make mistakes.  It is not about being in a position of power. It is about empowering change in a just, fair and equitable manner.

Above all else, leadership is about understanding and recognizing that the leader is only an instrument or channel of change. A leader should feel grateful for the opportunity he or she gets to make this world a better place to live in. The world is not because of the leader, the leader is because of the world.