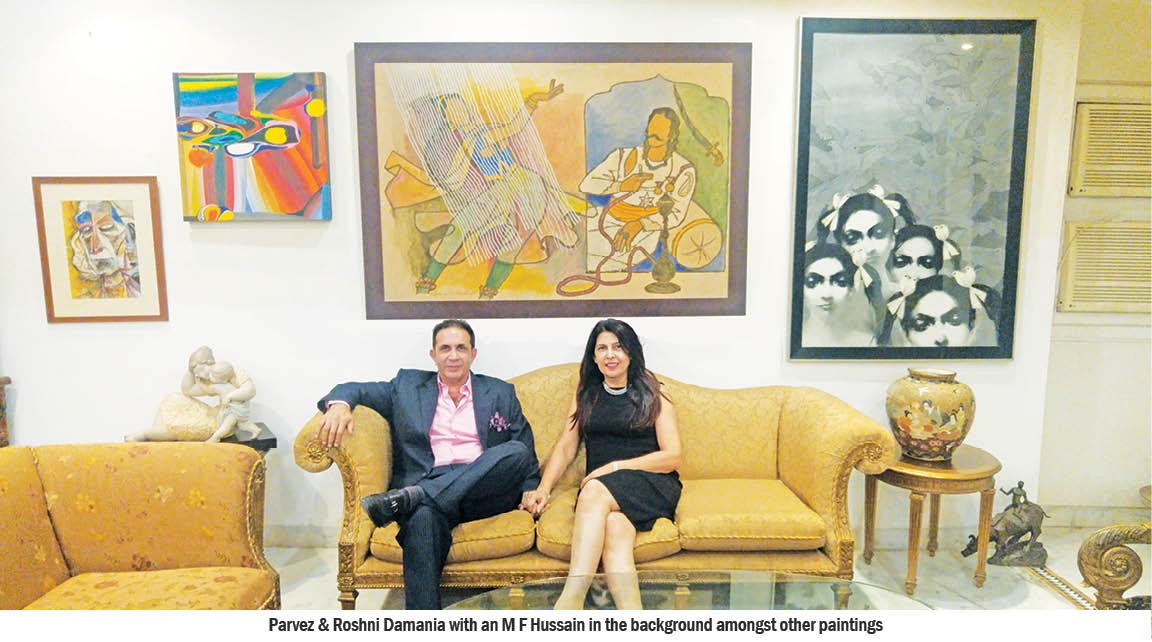 When it comes to art and culture, few communities could rival the Parsis in their appreciation of all things fine. Parvez Damania is one such connoisseur who is an ardent art collector; some of the works in his collection are the envy of many. Parsi Times’ Reporter, Razvin Namdarian, had the rare opportunity to view his art collection and meet with Parvez and his gracious wife, Roshni, at their opulent home.

The art world is a unique microcosm in itself – there is a passion involved which goes beyond the mere economics of selling and buying art. The appreciation and attraction to a particular artwork is not only subjective but inexplicable. Which is something that renowned Art Collector, Parvez Damania, also struggles with when we ask him, what prompts him to choose one work of art over the other for his collection. “It’s difficult to explain,” he says, “I need to be drawn to it, be comfortable with it and be able to live with that particular piece for many, many years to come.” 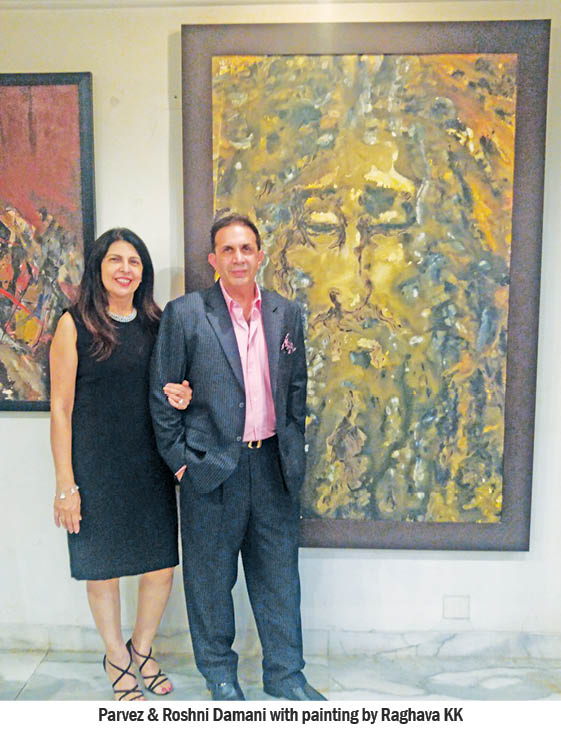 It is this inherent pull towards art which led him to purchase his first artwork – a seminal painting by M F Hussain, in the 1990’s. Till date, it remains one of his favourite works; and it was in the last book published on Hussain’s work. And once he was smitten by the collector’s bug, there was no looking back. “My collection has grown organically, it’s not that I have actively sought out works by certain artists or masters only,” he avers modestly. This, from a collector, whose home is a reflection of his astute eye for a masterpiece, and where Hussain’s works rub shoulders with Picasso’s on the walls!

The space of this column would not be enough to list all the artists in his collection, but among the established Indian artists there are works by F N Souza, T Vaikuntam, Raghava KK, Ram Kumar, Bose Krishnamachari, Sunil Das, Manu Parekh, Jatin Das… as well as works by some new emerging artists like Sachin Sagare, Vikrant Bhise, Shankar Devrukhe  Nishant Dange. He has two Picassos as well as some limited edition signed prints by Salvador Dali. There are a few sculptures interspersed, including some by aapro Arzan Khambatta. 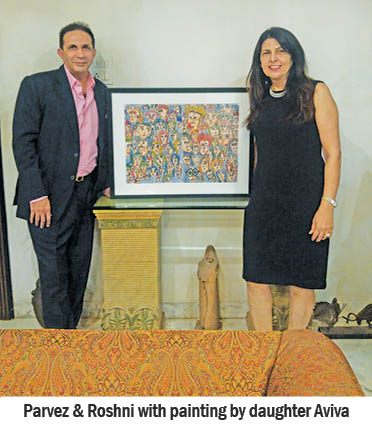 What is even more remarkable is that his love for art has been inculcated in his family as well and his children appreciate it too. “Whenever we have travelled abroad, I have ensured that the family has visited the art museums in those cities,” says Parvez.  In fact, as his wife, Roshni Damania explains, “Our daughter, Aviva, has a natural flair for art, she gets it from Parvez who used to paint quite well when he was young. When we went for a vacation to Amsterdam and visited its famous Van Gogh museum, Aviva was in her words – ‘immersed in the World Van Gogh’s Sunflowers’!” A family united in their appreciation for art indeed!

Damania’s journey in the art world has led him to a stage where he identifies and encourages young artists. One needs to add here that it is indeed a great honour for any young artist if a collector like Parvez Damania purchases your work as it provides a form of validation and a stamp of approval that this is an artist with promise! He is also now dabbling in collecting photographic prints and has even commissioned a book on Udvada. “Some of the photographs taken for the book are now the only remaining record of few of the homes and families that lived there,” he states. “We were lucky to have shot them a few years ago, because now they just don’t exist!”

But above all, remains his immense pride in his collection which shines through as he stresses, “I have never purchased any work with the intention of selling it or based on the consideration that it would appreciate in value. I would never sell my artworks.” This passion for art reminds us of the famous Latin phrase, ‘Ars longa, vita brevis’ – life is short but art lives forever!