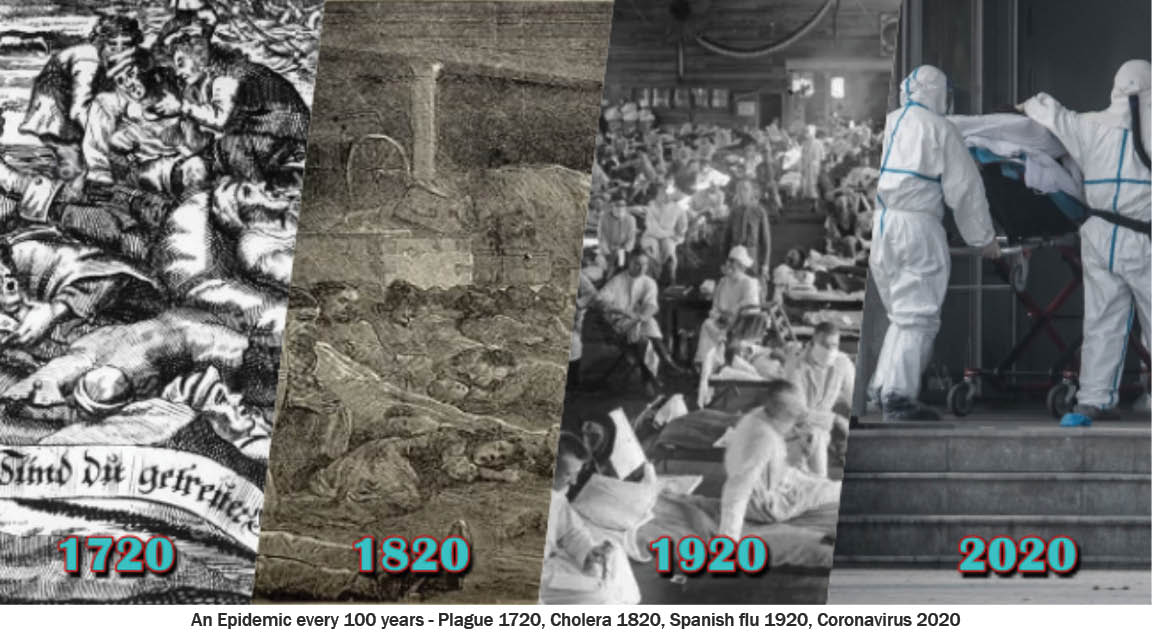 It’s easy to blame China or the wet market of Wuhan for the current pandemic. It is even more easy to blame it on what people eat or people’s modern life-style. However, the fact is that this world has seen plagues, pestilence and pandemics for thousands of years, and not all calamities are because of human-beings. The biggest lesson of hope that we can learn from history – is despite destruction, disease and death – life goes on!

Diseases And Deaths: One of the earliest recorded pandemics occurred in 430 BC, during the Peloponnesian War. The plague passed through Libya, Ethiopia, Egypt and finally, Athens, when the Spartans laid siege, claiming nearly two-thirds of the population.

The Bubonic Plague of 1665 led to the death of twenty per cent of London’s population. The Cholera Pandemic of 1817 killed lakhs across India, Russia, Africa, Indonesia, China, Japan, Italy, Germany and America.

AIDS was identified in 1981 and first observed in American gay communities. However, it is believed to have developed from a chimpanzee virus from West Africa in the 1920s. Treatments have been developed to slow the progress of this disease, but thirty-five million people worldwide have died of AIDS since its discovery, and a cure is yet to be found.

The world’s oldest case of cancer was documented in 1500 BC in ancient Egypt. The details were recorded on papyrus, detailing eight cases of tumors occurring on the breast. Today, almost ten million people die of cancer annually. But life goes on!

Natural Calamities: Earth has witnessed at least five Ice Ages. These were not because of human beings. In fact, one significant outcome of the last Ice Age was the development of Homo Sapiens. Humans adapted to the harsh climate by developing such tools as the bone-needle to sew warm clothing, and used land bridges to migrate to new regions. In the meantime, mastodons, saber-toothed cats, giant ground sloths and other megafauna that flourished, went extinct. 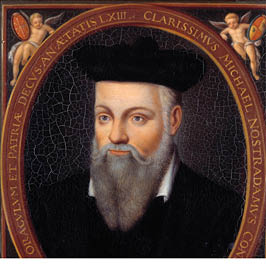 Meteors have bombarded earth for centuries. In fact, the 2013 Chelyabinsk meteor was estimated to be about 20 meters in diameter with an airburst of around 500 kilotons. The explosion unleashed energy that was thirty times more than what was released when the atomic bomb detonated over Hiroshima.

More than 1,500 volcanoes across the world are still active. According to the US Geological Survey (USGS), the world’s volcanoes, both on land and under the sea, generate about 200 million tons of carbon dioxide (CO2) annually. In the year 2004, the tsunami killed more than 2,30,000 people across fourteen countries. But, yet, life went on.

Other Calamities: Seventy-five million people died in World War II, including about 20 million military personnel and 40 million civilians, many of whom died because of deliberate genocide, massacres, mass-bombings, disease and starvation.

Two decades ago, there was also panic and paranoia over Y2K or what we knew as the ‘millennium bug’, which was to bring automation down to its knees. Today, twenty years since Y2K, automation is moving towards AI or artificial intelligence… and life goes on!

Prophets Of Doom: Whenever calamities strike, some prophets of doom actually go ecstatic! “This was prophesied centuries ago,” they claim with glee, adding, “this must happen so that there will be a new world order and the great redeemer will redeem this earth!”

Nostradamus, Edgar Casey, Jean Dixon are the usual favorite among the prophets of doom. These names are almost always invoked during natural calamities like earthquakes, tsunamis and volcanic eruptions, as also man-made calamities like world wars, cold wars, gulf wars, 9/11 or economic depressions.

Then there are home-grown soothsayers and clairvoyants who seem to have a hotline with Divinity and tend to spin and modify their predictions faster than the earth can rotate on its axis! However, the unfortunate fact is that doom-saying has been popular over the centuries and arouses interest and curiosity, regardless of how wrong prophecies usually turn out to be!

Among us Parsis, the favourite sources of foretelling the future are Jamaspi and the Zand-e-Vohuman Yasna. Already, spurious Gujarati and English translations, selectively pulled out of context, are making the rounds of the world-wide-web. In fact, the pandemic of prophecies seems more virulent than the virus itself! 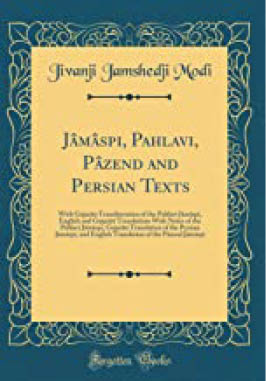 Jamaspi: Of all the Pahlavi books known today, no book has been as popular among Parsis than the Jamaspi. The Gujarati Jamaspi, however, has been corrupted over the centuries, by additions inserted by later scribes. In fact, it is on the records of the Bombay Parsi Panchayat that more than a century and a half ago, a Parsi author published for the first time, a Gujarati Jamaspi. It was so replete with nonsense that the then trustees of the Panchayat thought it would disgrace the name of the community. The author was paid a small sum of money and his book was revoked!

The Jamaspi or Jamasp-Nameh derives its name from the author, Jamasp. Scholars argue that the extant Pahlavi Jamaspi says nothing to the effect that the prophecies of Jamasp were put down in writing during the time of Jamasp. However, the Pazend Jamaspi, which appears to have been written later and is not an exact rendering of the Pahlavi Jamaspi, says that the prophecies were put down in writing at the time when King Vishtasp was the ruler of the country.

A close examination of the various texts leads us to believe that Jamasp, who is declared to have learnt the science of making prophecies from Asho Zarathushtra, could have made various prophecies which probably came down to later time by oral tradition, and the first attempt to put them down in writing was in the later Pahlavi times, when they were embodied in a book known as Jamaspi or Jamasp Nameh.

The question in the minds of most Parsis, today, is whether the prophecies as we see them in the Pahlavi Jamaspi extant, are the same as those attributed to Jamasp in times nearer to him, than the time in which they were put down in writing. Here, a comparison of the Pahlavi Jamaspi with the Pazend and Persian versions, and a comparison of these three with the Gujarati Jamaspi as presently known, shows that in later versions, copyists have taken all possible liberties with the preceding versions and manuscripts and have allowed a free hand to their imaginations!

In fact, most of the Persian and Gujarati manuscripts, some even having fine calligraphy and attractive binding, contain extensive unauthorized additions and most of the predictions are hazy and evasive. The Pahlavi ‘Jamaspi’ is considered to be relatively more reliable. However, the original Jamaspi or what Jamasp may have actually prophesized, is now lost to us.

The Redeemer: According to Yasna 29, when the forces of evil became very powerful, the spirit of the earth cried out to Ahura Mazda for a saviour and Ahura Mazda sent Asho Zarathushtra to this world as a redeemer. All major religions of the world believe in the future advent of a saviour or redeemer.

In the Bhagwad Gita Sri Krishna says, “When goodness grows weak, when evil increases, I make myself a body. In every age, I come back to deliver the holy, to destroy the sin of the sinner, to establish righteousness.” The Hindus are awaiting the advent of Kalaki; the Christians are praying for the second coming of Christ the Redeemer; the Muslims are expecting the advent of Imam Mehdi and the Jews, the coming of their promised Messiah. Not lagging behind are Parsis, who are expecting the advent of Shah Bahram Varezavand – Bahram (Avestan Verethragnat or Victorious) and Varezavand (Avestan Haithyavarez or working for Truth).

References to the next Raenidar (saviour) are found in the Pahlavi works such as Zand-e-Vohuman Yasna and Jamaspi. There are also references in the Pazend Setayeshes, such as Chithrem Buyat and the Nam-i-Khaavar. In the Chitrem Buyat, we pray to the effect that may the law-reformer, world renovator, master practitioner of Ashoi come – Hoshedar of Zarthusht, Peshotan of Gushtasp, and valiant Bahram – for the prosperity of this world. May he revive the Good Religion and the noble commandments of Zarathushtra and may he destroy falsehood.

The Zand-e-Vohuman Yasna refers to the evil age to the following effect: What is the sign of that evil age? All men will turn deceivers and disregard truth and during that age, the faithful will not even be able to perform ablution for during that age, filth and pollution shall become so abundant that one shall tread on nasu (dead matter) with each step that one takes and the moment one takes the Bareshnum (purification ceremony) and steps down from the ritual stone seat, one will be stepping on nasu, thus rendering the Bareshnum invalid.

Looking into the future is always a tricky task. Clairvoyants often catch only glimpses of the total reality. The image, therefore, is often hazy. When this writer was still in college, he had heard elders say that Shah Bahram Varezavand will be in our midst before the turn of the millennium. It is now twenty years since the millennium has changed and those who made the prophesy during the seventies and eighties have now pushed the date to beyond the year 2024.

Whether the Raenidar will come before or after the year 2024, till then, let each one of us be a Varezavand (Avesta Haithyavarez) or one ‘working for Truth’ and become Bahram (Avesta Verethragnat) or victorious in our own way to make this world a happier place to live in.

In the Gathas, Zarathushtra advises us to think before we believe. In other words, he wanted us to discern truth from falsehood. Today, social media and virtual space is replete with fake news and untruths. All the more reason why we need to be Varezavand or ‘working for the truth’ and if we work for the truth, we shall emerge Verethragnat or victorious!

May we all work for truth and emerge victorious!