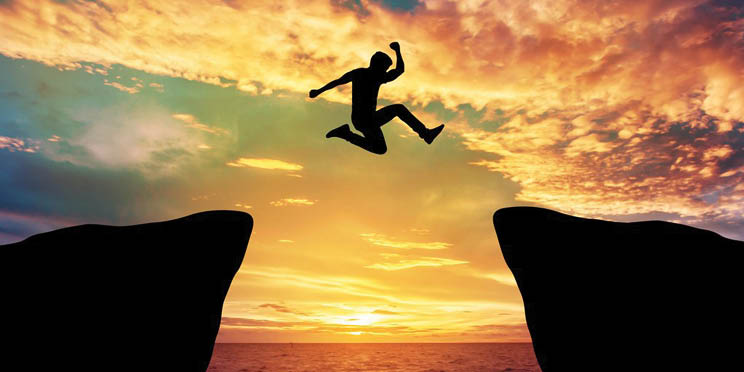 Once there was a king in ancient India who presented his daughter, the princess, with a beautiful diamond necklace. However, the necklace got lost or stolen and his people searched all over but were unable to find it. Some said it could have been picked up by a bird. So, the king then asked his subjects to search for it everywhere, putting a reward of Rupees five lakhs for anyone who found it.

One day, a poor man was walking home along a river which ran parallel to the town’s main market. The river was polluted and filthy, as the traders and shopkeepers threw all their rubbish in it. As he was walking, this man saw something shimmering on the river-bank; on getting a closer look, he realised that it was a diamond necklace, perhaps the one lost by the princess. So, he put his hand in the dirty, filthy river and tried to grab the necklace, but somehow, he always missed it. He took his hand out and looked again but the necklace was still in the river.

He tried again and dirtied his clothes in the filthy river and put his whole arm in to get hold of the necklace, but again he missed it. He was quite frustrated and wanted to walk away, feeling depressed. Then again, he’d see the necklace, right there. This time he was determined to get it and plunged in, trying to grab the necklace but failed yet again! He was bewildered and quite disappointed.

Just then, a sadhu who was walking by, saw him, and asked him what the matter was. At first, the man didn’t want to share the secret with the sadhu, thinking that the sadhu might be tempted to take the necklace for himself. On second thoughts, he mustered some courage and decided to have faith in the sadhu, telling him about the necklace and his multiple failed attempts at retrieving it from the river.

The sadhu told him that perhaps he should try looking upward, towards the branches of the tree, instead of the river. The man looked up and true enough, the necklace was dangling on the branch of a tree. Some bird would have left it there. He had been trying to capture a mere reflection of the real necklace all this time! The sadhu then explained to him that material happiness is just like the filthy, polluted river. We should look upwards, toward God, who is the source of real happiness. Spiritual happiness is the only thing that can satisfy us completely.

There is another interesting story of how faith and belief are important in our lives and how a heart which is pure, is loved by the Lord. This short story is of a priest who started his day early, with a prayer and the performance of extensive rituals. However, there was one problem. At the crack of dawn, he needed milk for his ceremonies but the girl who delivered milk was invariably late. One day he told her sternly, “I need the milk delivered to me at five in the morning and you are always late!” She replied, “Guruji, I can even deliver at four, but, I depend on the boatman to cross the waters to your ashram and he is always late!”

The next day, as the girl entered the ashram late, she overheard the Guru’s discourse, “If you wish to cross the ocean of life, you take only Hari’s name. He will ferry you.” Amazed, the little girl stood rooted with only one thought, ” Now, why didn’t Guruji tell me that before?” From the next day, the milk started arriving early. The priest complimented her for bringing milk on time and asked her how she managed to convince the boatman. The girl stared at him and said she simply followed his instructions. “My Instructions?” the priest asked, surprised. “Yes, I heard your discourse and asked Shri Hari to cross the river and walked straight through the waters,” she replied.

The priest thought he would also be able to achieve the same and hesitantly and meekly called out, “Hari Om!” and put his feet into the water. The next second, he sank and cried for help to the amusement of all who watched. The lesson? Mere words, mere rituals, do not impress the Lord. Faith does. Belief does. A pure heart most certainly does!