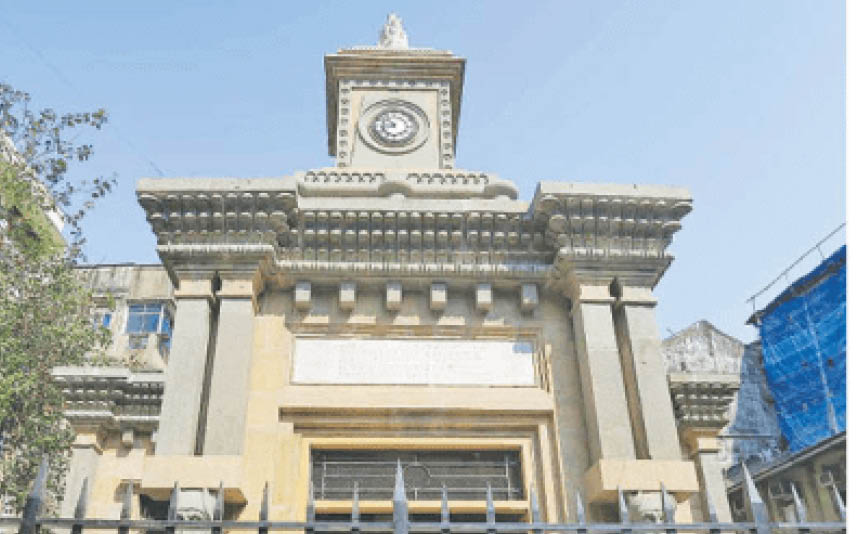 Roj Govad of Mah Dae, which falls on 3rd June this year, is observed as Homaji ni Baj. The story of Homaji is about the power of truth and the sacrifice made by a pious and innocent man who was falsely accused. It is a tragic tale revolving around mindless acrimony that prevailed among Parsis of Gujarat, in the wake of the ‘Calendar Controversy’, also known as the ‘Kabiseh Controversy’. This unfortunate controversy stands testimony to the futility of infighting within the community. Around that period, the rift between the Shehenshahi and Kadmi Parsis was not only wide, but quite violent. In comparison, the current orthodox and reformist divide within the community would appear docile!

The controversy of this period is also a lesson in history that what we frequently fight for and even get ready to die for, is often not of any significance. In fact, when future generations view such disputes objectively, they begin to wonder what all that fuss was about and over?

Calendar Controversy: Around the eighteenth century, Indian Parsis established contact with their Zoroastrian community in Iran and among other differences in customs and traditions, they discovered that the Iranian Zoroastrians followed a calendar that was one month ahead of what they followed in India. According to the Zoroastrian tradition, instead of adding one day every four years (leap year), the practice during the Sassanian empire was to add a full month of thirty days once every hundred and twenty years.

Historians believe that after the Parsis arrived in India, they added the extra month sometime during the twelfth century, whereas the Iranian Zoroastrians did not do so, probably due to the troubled times they were going through in Iran. This resulted in a difference of one month in the calendar observed by Parsis in India and the community in Iran.

In the year 1745, a section of the community in Gujarat changed their calendar and adjusted it one month ahead, so as to conform with the calendar observed by the community in Iran. They called themselves Kadimi (Kadmi) or followers of the Kadim or the ancient calendar. Those who did not adopt the change called themselves Shehenshahi or those who followed the royal traditional calendar from the time of King Yazdagird III of the Sassanian dynasty.

The Kadmi-Shehenshai Rift: Dispute over which calendar was accurate (actually, both were running  inaccurately without intercalation) took an ugly turn and led to a lot of infighting. Both groups not only argued verbally but often took to street fighting and rioting within Parsi Mohallas. For several decades, marriage between members of the two sects was considered taboo and each sect considered the other as enemy of the religion.

Homaji was a victim of this unfortunate eighteenth century calendar intercalation (Kabiseh) controversy which divided the community bitterly and violently.

Falsely Accused: The calendar controversy flared up rather seriously in Bharuch in the year 1782. A lady from the Kadmi group, who was pregnant, falsely accused a pious and innocent Shehenshahi gentleman – Homa (son of Jamshed Zaahiaa, a weaver and well-known poet of Bharuch) of kicking her, which allegedly led to a miscarriage.

Homaji was first brought to trial before the Nawab of Bharuch and then to Bombay before the British Court. He pleaded innocence. However, incensed by the Kabiseh controversy, a member of the Wadia family belonging to the Kadmi sect gave false testimony as a witness against Homaji. Based on the witness’ false testimony, Homaji was sentenced to death.

The pious and innocent Homaji was hanged to death at the corner of Bazaar-gate in the Fort locality of Bombay, on Roj Govad of Mah Dae 1152 YZ (corresponding to 1783 AD). 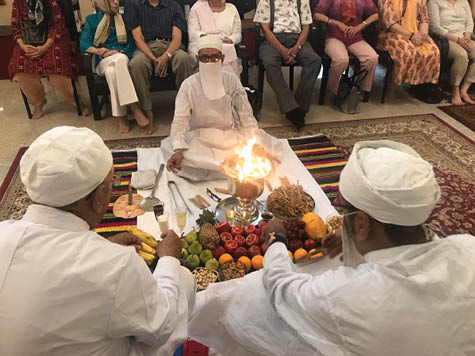 The Dying Man’s Divination: Before he was hanged, Homaji declared that he was innocent of the charge brought against him and that his sentence was not just. Homaji is believed to have declared, that the person who had leveled false charges against him would be found dead on the fourth day (Chahrum) after his death. He also declared before he was hanged that all those who will remember him for his innocence and his sacrifice will forever receive his blessings.

To this day, devout Parsis observe Govad Roj of Dae Mah as a solemn occasion to remember Homaji as the Patron Saint of all those who are falsely accused or generally harassed. In the Aafringaan prayers, his name is invoked with reverence along with names of other pious persons as Behdin Homa Behdin Jamshed. Over the centuries, devout members of the community have invoked the blessings of Homaji for speedy and amicable redress from burdens of long litigations or false charges.

Jashan On The Day Of Homaji Ni Baaj: The month of Dae is dedicated to the Supreme Divinity, Ahura Mazda. Throughout this holy month, devout Parsis perform thanksgiving Jasan, offering gratitude to Ahura Mazda for His bounties. It is considered particularly meritorious to perform Jasan on Roj Hormuzd, Daepadar, Daepmeher and Daepdin. Roj Govad of Mah Dae is observed as Homaji ni Baj and performing Jashan ceremony on this day is also considered meritorious.

Commemorating Homaji’s Memory: Today, as a community, do we even bother to ask fellow coreligionists whether they are Kadmi or Shehenshahi? Do any of our youngsters even know the difference or care to know the difference? Don’t we pray at both Kadmi and Shehenshahi Atash Bahrams with equal respect and devotion in Mumbai and in Surat? Yet, this was once an issue that once bitterly divided the Parsis in India and led to several incidences of violence.

However, today we still quarrel over who is orthodox and who is liberal. Vegetarian Parsis castigate meat eating Parsis. Orthodox Parsis demonize those who bury or cremate the dead. Some orthodox Parsis see no harm if an inter-married Parsi man visits the fire temple, but considers the place of worship as desecrated if an inter-married Parsi woman visits the fire temple.

There was a time when orthodox Parsis considered the Grand old man of India, Dadabhai Navroji as a reformist because he espoused education for girls. Today orthodox associations garland his statue. When the uncrowned king of Mumbai, Sir Pherozsha Mehta, contested for Trusteeship of the Bombay Parsi Punchayet, he lost because he was not considered as orthodox. When the fire brigade was introduced in Bombay, Parsis (who doctrinally view dousing fire as a sin) were very upset. However, over time many Parsis joined the fire brigade and became famous.

Therefore, the day of Homaji’s Baaj (death anniversary) is not just a day to commemorate the memory of Homaji and his sacrifice. It is the day we should resolve to abstain from infighting as a community and falsely accusing those who either think, speak or act differently. It matters not if one is traditional or liberal. What is important, is to stay united as a community and discover unity in our diversity.