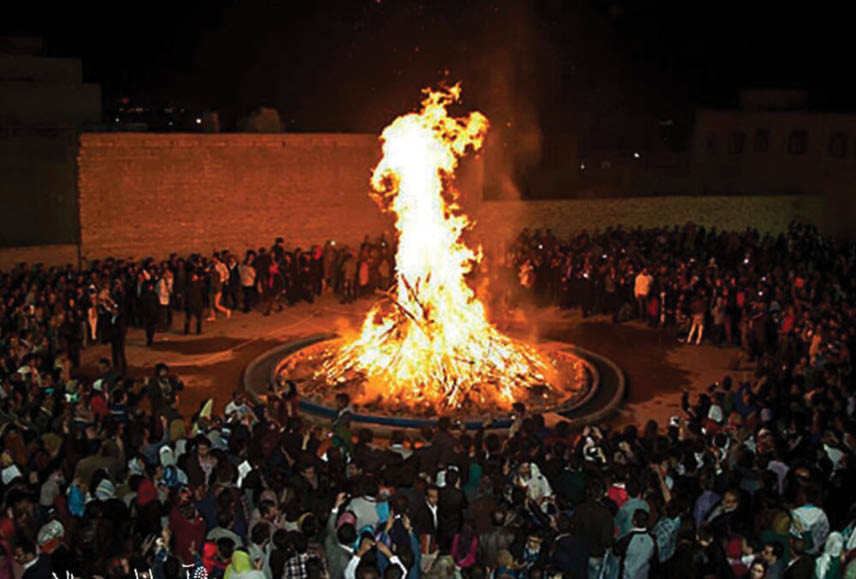 In a decree issued to all of Tehran’s Governor-generals, the Cultural Heritage, Tourism, and Handicrafts Minister – Ali-Asghar Mounesan has underlined the need to preserve the time-honored, ancient festival of mid-winter – Sadeh, which takes place on January 30. Issued on 26th May, 2020, an excerpt from the decree reads, ‘Any measure that helps this heritage be safeguarded and preserved is supported.’

Named after the number one hundred (Sad in Farsi), Sadeh marks 50 days and 50 nights before Noruz (Jamshedi Navroz), as a mid-winter ritual to celebrate the date when the earth starts warming up. The festival is becoming increasingly popular amongst Iranian Zoroastrians in the cities of Yazd, Tehran, Shiraz and Kerman. Sadeh is a festivity to honor fire and to defeat the forces of darkness, frost, and cold. Several mythological accounts, however, connect the festival to the origins of human beings. According to Persian mythology, Houshang, the second king of the world, discovered the fire when he tried to hit a dragon with a stone. He reportedly threw a flintstone that struck against another flint stone causing a spark and generating fire. As the feast commemorates the mythical discovery of fire, celebtrations involve setting fire to a big pile of wood, as the event reaches its climax.

Before lighting the huge open fire, some Zoroastrian Mobeds, dressed in white cotton robes, trousers, and hats as a sign of purity and neatness, recite verses from Avesta. Zoroastrians, all clad in white and holding torches walk around the pile of shrubs, lighting the fire and cheering.

Zoroastrian rituals are widespread in Iran. Noruz, Yalda Night – which takes place on the longest night of the year, and Chaharshanbeh Souri – in praise of the spring, are examples of such ceremonies that are currently observed by nearly all Iranians.