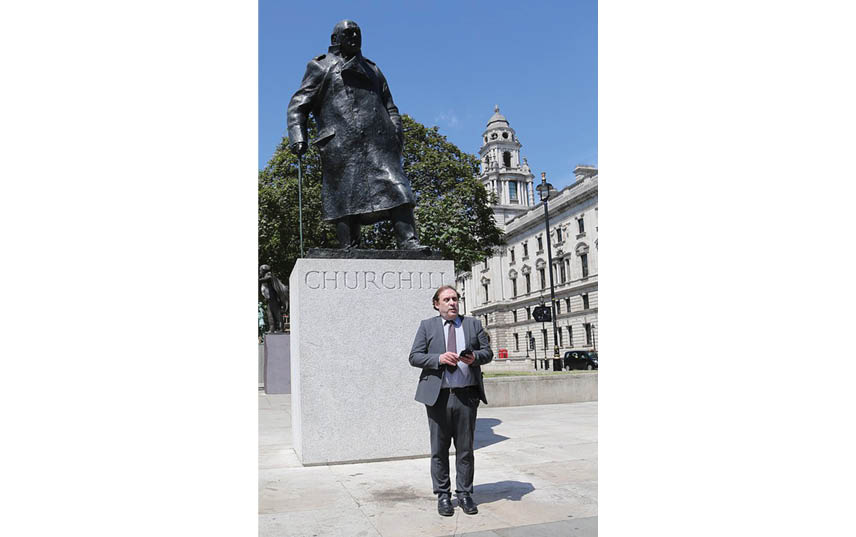 The United Kingdom Independence Party (UKIP) has announced that Indian-origin, Freddy Vachha will become its newest leader, succeeding Richard Braine. Vachha has been UKIP’s London Regional Chairman since 2016 and becomes the sixth leader of the party.

At the leadership announcement, in front of Churchill’s statue, in Parliament square, 61-year old tax consultant Freddy Vachha read a speech from his phone out loud, and said it was “time for UKIP to get back to business.” Speaking to BBC, Vachha said, “We know what ails this country. For many years, alas, we too have gone astray, focusing on things which were not really important, and some of the things we focused on were just plum wrong. We return to our libertarian, freedom-loving principles and under my leadership, that is what we shall get.” He warned the “blaggards in Westminster to watch out”. He also addressed the killing of George Floyd and the attack in Reading.

The UK Independence Party is a Eurosceptic, right-wing populist political party in the United Kingdom. Vaccha was born in Mumbai to an English mother and a Parsi father.