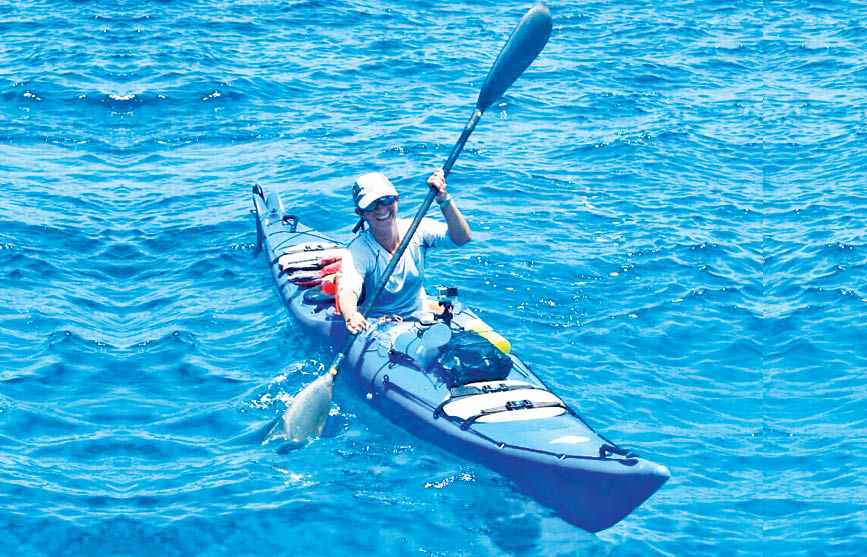 In a rare feat of exceptional grit, fitness, courage and determination, Tanaz K. Noble, a kayaker from Port Blair, made history by becoming the very first kayaker to cross the ‘Ten Degree Channel’, which is located in between Little Andaman and Car Nicobar by kayaking.

Tanaz covered a distance of 118 kms across the Ten Degeee Channel, having started from Hutbay at 5:10 am on March 3, 2020. She reached the start of the Ten Degree Channel at 3:00 pm and completed the crossing by 6:15 pm. She then continued towards Car Nicobar till about 10:00 pm, on the same day. Tanaz thus becomes the first ever kayaker to have attempted the challenge successfully. She was congratulated by the Andaman and Nicobar Administration on the stupendous achievement, as per a communique from V. Selvam, Center In-charge, SAI, SAG, Port Blair. She expressed gratitude to the A&N Administration and the Coast Guard team for their immense support and encouragement, as also the Coach, SAI and other members of the SAO team for extending technical support. 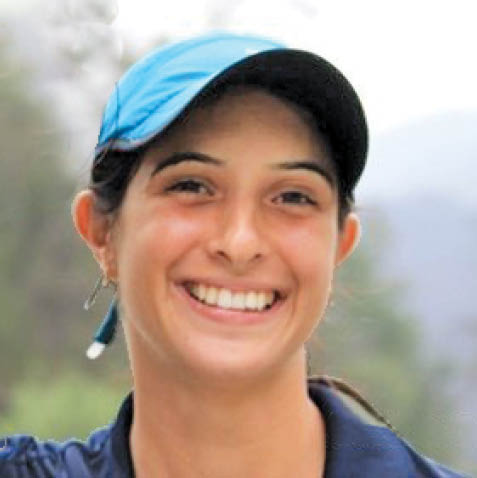 Sharing her experience on her social media platform, Tanaz Noble writes (excerpts) “Growing up in these islands, we’d always hear terrifying tales of the 10° Channel… the sea is ‘always rough in the 10° Channel; Only its degree of roughness varies’; It is the ‘perfect birthplace for most storms and cyclones’; It is ‘the truest test for any weaknesses of ship and sailor’… Most people who live here are from the mainland, so they never grow up hearing stories of the dreaded 10° Channel. Most have never even crossed it by ship. Every Nicobari has…

My first attempt had me throwing up like a ‘fountain of bile’ on the hour, every hour for the last 5 straight hours after paddling right through the night in a rollercoaster ocean. The sea was so rough, my brother was swinging across the deck of the safety boat, like a blooming pendulum! He had to secure himself to the roof of the boat with a rope. Just looking at him would make me sick. Called it off at 10° lattitude. Every time the safety boat came near me I’d start to feel sick. I think just the smell of it as it was a fishing trawler – that’s all I could afford with the fortune of sponsorship of Mrs. Godrej, who owns my gratitude, and took nothing in return for her money.

My second attempt again had me throwing up what felt like parts of my organs near about midnight, but at least I had managed to successfully cross the Channel and come out the correct end of it, pulling through 18 hours, but short of touching land. Although I returned in preparation for a third attempt to actually land on Car Nicobar Island, our country locked completely down, leaving me stranded on land.

Someone asked me, for sure it was hard, but were there any moments of magic? Ya! The Dolphins! The Sunset! Like an oil painting – so incredibly beautiful! And of course, the Coast Guard – now just to see THAT boat in action made it worth the effort. Whoa, the things that boat can do!

In my second attempt just post noon I had stopped, suffering one of my nauseous​ attacks, and my safety boat had to take a full circle in front of me to come back, as my body was seizing up in cramps, while cool-beans Coast Guard stopped, and reversed so precisely and accurately that in seconds they were alongside me ready for anything.

Just the thought of how cool that was took away my cramps and nausea. I kept going. Earlier that morning, I saw a tiny spec in the distant horizon. Just the day before, we’d all received news of Burmese poachers on the island and in the waters. Saw the spec wondering if it was Coast Guard and quickly chided myself remembering they had to catch the poachers so couldn’t be here. I put my paddle down, drank some water, took a bite of snickers, looked up and there they were right next to me. Only one boat I know that can do that – Coast Guard. I had another ‘this is soh cool’ moment.

I really do believe that a destination is all about its journey to it. Crossing the 10° Channel was something close to slaying my childhood demon. And what a magnificent demon!”

Parsi Times had earlier covered Tanaz Noble’s national feat when she became the country’s first Indian woman kayaker to have successfully kayaked 70 nautical miles of open seas in just 36 hours, on 14th April, 2018. She has been doing smaller expeditions regularly and has completed numerous solo, sea kayak expeditions within the islands.

Her father has been her inspiration and encouraged her to live out her dreams. Tanaz has been pursuing her passion for the sport since the age of 22. In 2015, she Kayaked 100 km in 11 hours overnight, from Barren Island to Havelock via English Island, followed by a Kayaking stint from Rangat to Havelock via Long Island and North Passage Island. She credits the Port Management Board and the Indian Navy for keeping a track on her throughout her expeditions.

On behalf of our community, Parsi Times congratulates and applauds Tanaz Noble on her outstanding achievements and exceptional courage, for doing the community proud and for serving  as a great inspiration to our budding sportspersons!