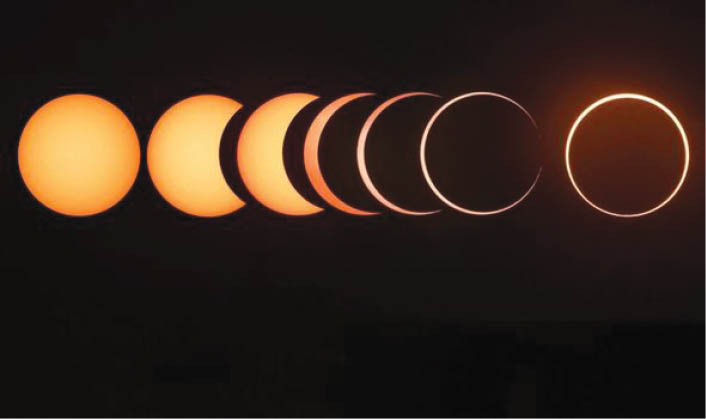 An Understanding: A Solar Eclipse occurs on a new moon day, when the moon comes in between the earth and the sun, with all three aligned in a line. An Annular Solar Eclipse occurs when the angular diameter of the Moon falls short of that of the Sun, so that it cannot completely cover the latter. As a result, a ring of the Sun’s disk remains visible around the Moon.

Indian stargazers and enthusiasts will be able to view the annular phase of this eclipse in the morning from Rajasthan, Haryana and Uttarakhand, while it will be visible as a partial solar eclipse from the rest of the country. Dehradun, Kurukshetra, Chamoli, Joshimath, Sirsa, Suratgarh are few cities where the annular solar eclipse would be visible. Cities in addition to Mumbai, where the partial solar eclipse would be visible include Delhi, Ahmedabad, Pune, Nagpur, Nasik, Chandigarh, Mumbai, Kolkata, Hyderabad, Bengaluru, Lucknow, Chennai, Shimla among others. Globally, the Annular Solar Eclipse will be observed from Congo, Sudan, Ethiopia, Yemen, Saudi Arabia, Oman, Pakistan and China.

Precautions: The eclipsed sun should NOT be viewed with the naked eye, even for a short time as it could result in permanent damage to the eyes, in some cases, leading to blindness, even when the moon covers the greater portion of the sun.

Safe techniques to observe the solar eclipse is by using proper filters like aluminized mylar, black polymer, welding glass of shade number 14; or by making a projection of the Sun’s image on a white board via a telescope.

Suggested Prayers During the Eclipse:

Parsi Times Columnist, Daisy P. Navdar says, “Tomorrow marks the advent of a very major event in our galaxy. It is the Solar Eclipse. As per the Hindu pantheon, the eclipse is a time of magnification. It magnifies the energy of the Sun that reaches the Earth. Therefore, during this time, it would be beneficial to perform good karmas. Donating clothes is one way of doing this. However, taking the same thought forward, we have never restricted ourselves to certain days of the year to do charity. We are indeed known for our charitable outlook towards all other humans and animals!

We have two prayers completely dedicated to the Sun – the Khorshed Nyaish and the Meher Nyaish. It is particularly important to recite these prayers after doing your Kusti, Sarosh Baj and Havan Geh. Of course, the more you recite the benediction to the Sun, the better; but it is sufficient even if you could recite these prayers once between 10:00 am and 12:30 pm IST on 21st June, 2020. Your prayers will magnify and bring to you and to all those around you, the marvellous blessings of our mighty Sun – the centre of our existence, and the most brilliant of the Creations of Pak Dadar Ahura Mazda!”