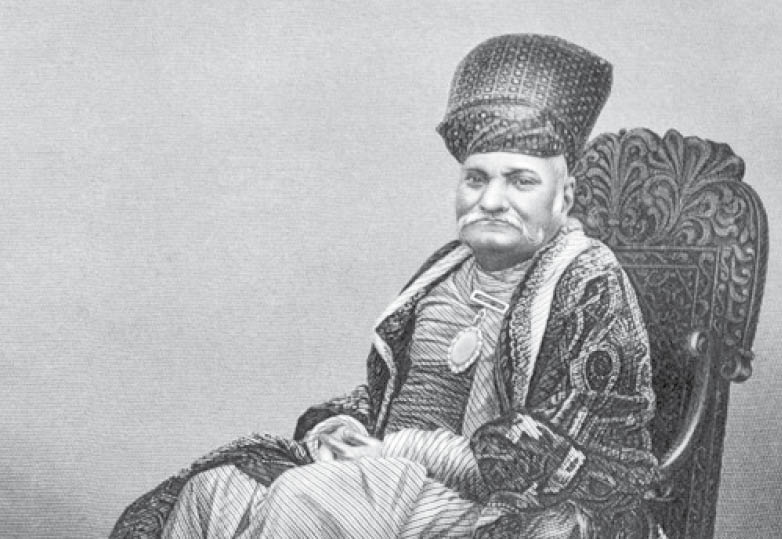 One of the greatest sons of India, and certainly the greatest son of Bombay, Jamsetjee Jeejeebhoy was born 237 years ago, on 15th July, 1783, in Mumbai. He lived a rich life, filled with adventure and accomplishments and he passed away on 14th April, 1859 at the age of 75. He was born to Merwanjee Mackjee Jejeebhoy and Jeevibai Cowasjee Jejeebhoy. His father was a textile merchant from Olpad, Gujarat, who migrated to Bombay in the 1770s. Both his parents died in 1799, leaving the 16-year-old Jamsetjee under the tutelage of his maternal uncle, Framjee Nasserwanjee Battliwala. 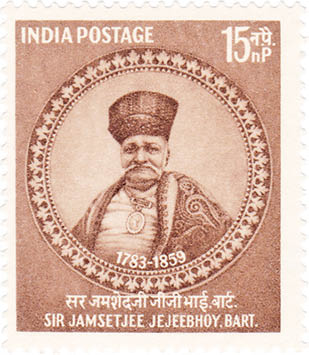 Even at this tender age, with little formal education, the entrepreneur in Jamsetjee had him take his first visit to Calcutta from where he took his first voyage to China to trade in cotton and opium. Young Jamsetjee’s first trip to Calcutta, and then the five trips to China, make for fascinating reading – by the end of his fifth trip, he had made a huge fortune.

He had no need to go abroad to carry on his now flourishing business. He opened offices in several cities in the East and the West too; he had managers and agents to transect business. The more he earned, the more he gave. He was generous and charitable and probably the first philanthropist of India in the real sense of the word. His was an organized charity. He gave by way of endowments to institutions of learning, social and cultural welfare, for the indigent members of his community and for the welfare of the humanity at large.

The world today is afflicted with a virus that has gone pandemic, right from the frozen deserts of Russia to the burning deserts of Arabia, irrespective of the geographical boundaries, threatening our very existence if stringent care is not taken by way of social isolation, resulting in exiles within the walls of one’s home. And to add to the misery, the loss of work and income! How would it have touched this man whose heart always bled for all human afflictions?

Nearly 175 years ago, the then governor of Bombay, Sir Robert Grant, proposed, in 1838, to have a hospital built, wherein medical education could also be promoted. Sir Jamsetjee immediately offered a (then) very princely sum of Rs. 1,00,000/- for establishing it. Later he donated another Rs.1,00,000/- in addition to the huge tract of land that forms the Sir J J Hospital complex. This was at the time when gold was priced at Rs.18.93 per tola (11’33 gms). With such massive involvement, it is no wonder that the hospital was named after him!  The building was completed and opened to receive the patients on 15th May, 1845. In the same year, admittance to the college was also opened  as a ‘School of Practice’.

For his matchless charities, generosity, philanthropy and concern for humanity, beyond the boundaries of nations, caste, colour or creed, Jamsetjee was conferred Knighthood in 1842, and in 1857, he was conferred the dignity and the honour of baronetcy. It was the first that time such honours were conferred upon a subject of British India.

Sir Jamsetjee Jejeebhoy was a philanthropist, a humanist, an apostle of peace and nom-violence. He was compassionate, kind and loving and devoid of any form of cruelty to man or animal. This is reflected in his speech on the occasion of the launch of the Patriot Fund, which was created to help the wounded soldiers and the war widows who suffered or died in the Russo-Turkish war to which Sir Jamsetjee donated Rs.5000/- in 1855, “Of none of the great evils which afflict our race do we form such inadequate conceptions as of the evils of war. War is exhibited to us in the dazzling dress of poetry, fiction, and history, where its horrors are carefully concealed beneath its gaudy trappings; or we see, perhaps, its plumes and epaulettes, and harlequin finery, we hear of the magnificence of the apparatus, the bravery of the troops, the glory of the victors, but the story of the wholesale miseries and wretchedness and wrongs which follow in its train is untold…What nation is not groaning under war-debts, the greatest of national burdens! Had the inconceivable sum wasted in the work of human butchery been applied to promote individual comfort and national prosperity, the world would not now be so far behind as it is in its career of progress…Our duty to relieve the sufferers in this great war would have remained the same whether the war had been a just one or not; but, considering the nature and objects of this war, we extend this relief now more as a privilege than as a duty…To the call of our gracious Sovereign, and to the call of humanity, the Parsis, my lord, will cordially respond”.

Hospitals, schools, homes of charity and pension funds throughout India (particularly in Bombay, Navsari, Surat, and Poona) were created or endowed by Jeejeebhoy, and he financed the construction of many public works including wells, reservoirs, bridges and causeways. Through his life, he was estimated to have donated over £2,30,000 to charity! His philanthropic endeavours began in earnest in 1822, when he personally remitted the debts of all the poor in Bombay’s civil jail. Some of his other notable works of charity include:

His non-violent attitude and loving kindness extended also to the animal kingdom. His benign and compassionate nature would not allow any form of cruelty towards animals. The East India Company introduced a rule “for the annual destruction of dogs in Bombay island”, and a considerable number were from time to time destroyed, in spite of frequent petitions from the public”. This mass dog killing led to a serious riot. To alleviate this suffering, Jamsetjee, with others, founded Panjrapole on 18 October 1834 – a Trust for the keep of stray cattle and other animals with a view to protect their lives.

Jeejeebhoy’s philanthropy, institution-building and public works improved countless lives and continues to serve as the unparalleled precedent for all philanthropists and entrepreneurs.