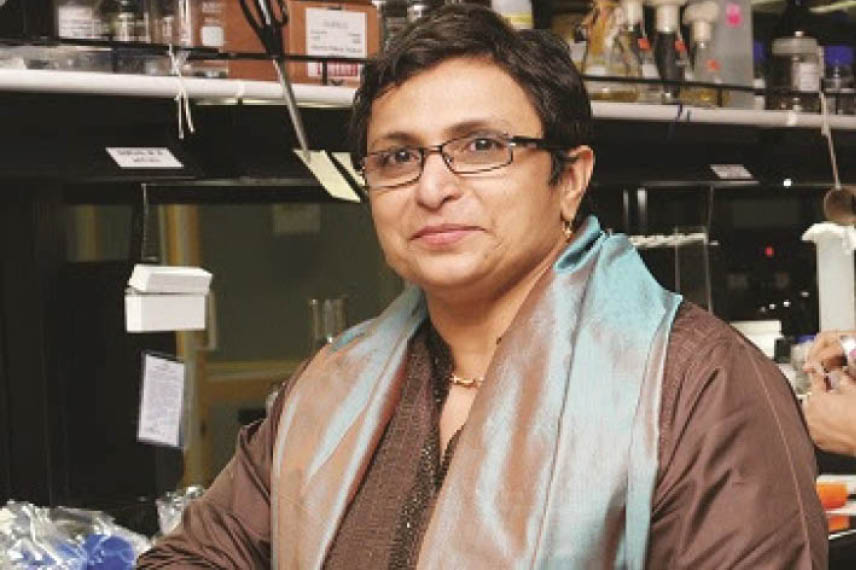 Avesthagen Limited, with support from the Foundation for a Smoke Free World, New York, USA, is developing a systems biology-based approach for the early predictive diagnosis of tobacco related cancers such as lung, head and neck, esophagus, stomach, colon, prostate and bladder cancers to achieve cessation of smoking.

Since 2008, the Avestagenome Project has collected blood samples and extensive patient data from over 4,500 members of the Zoroastrian-Parsi community. This initiative is supported by the Foundation for a Smoke Free World (FSFW), a US-based, independent non-profit organization that aims to end smoking in this generation. FSFW has awarded Avesthagen a grant to explore ‘Cancer risk in smoking subjects assessed by next generation sequencing profile of circulating free DNA and RNA’.

Dr. Villoo Morawala-Patell, Founder of Avesthagen Limited and The Avestagenome Project, said, “We believe in bringing science to life by drawing it out of the confines of the laboratory and setting it free to work in the real, everyday world.” Though this latest study, Dr Morawala-Patell and her colleagues found genetic variants common across the Zoroastrian-Parsi community. Such variants can affect essential biological processes and increase the risk of inheriting a variety of medical conditions. Thus, by identifying variants, researchers can potentially elucidate links between genes and disease. The Avesthagen team first sequenced a representative genome of the Zoroastrian-Parsi population and generated the first complete de novo Zoroastrian-Parsi mitochondrial reference genome, called AGENOME-ZPMS-HV2a-1.

To obtain a complete picture of population-specific variants, the Avesthagen team analyzed one hundred Zoroastrian-Parsi mitochondrial genomes to generate a ‘consensus genome’. This is a process that combines genetic information from a large number of individuals to determine the genetic traits typical to that population. The mitochondrial DNA of one hundred Zoroastrian-Parsi individuals sequenced created the ‘consensus mitochondrial genome’ (AGENOME-ZPMCG V 1.0). For practical reasons, maternally-inherited mitochondrial DNA is often used for this type of analysis. The researchers also did phylogenetic mapping to determine the ancestry of the Zoroastrian-Parsi community and found a largely Persian origin, attesting to their historical migration from ancient Persia.

The researchers identified a total of 420 mitochondrial variants in the hundred Zoroastrian-Parsi genomes. Analysis of the variants revealed genetic indicators of longevity and of diseases that tend to emerge later in life. The genomes showed, for example, variants linked to colon and prostate cancer, as well as neurodegenerative conditions like Parkinson’s disease. Because these diseases typically affect older individuals, indicators of their presence corroborate apparent longevity in the Zoroastrian-Parsi community.

The researchers found no indicators of tobacco-related diseases that often cause premature death. The genomes had a low frequency of mutations linked to carcinogen-induced diseases, such as lung cancer. These findings serve as biological validation of a well-known cultural phenomenon: Zoroastrian-Parsis, whose origins date back millennia, don’t smoke.

FSFW President Derek Yach comments, “This community has an ancient practice of non-smoking. By analyzing their genomes, Avesthagen was able to show the biological manifestations of this practice—findings that may be used to identify predictive indicators of disease in smokers.”

In addition to clarifying genetic sources of illness, AGENOME-ZPMS-HV2a-1 can be used to establish a genomic record of the migration of Zoroastrian-Parsis. Furthermore, the study uncovered 12 mitochondrial variants, previously unreported in other populations, which are under further investigation.

Established in 1998, Avesthagen Ltd. is a global systems biology innovation company, uniquely positioned to help solve some of the world’s biggest health challenges. Since its inception, Avesthagen has introduced new products and patent applications every year, serving the life science, food and pharmaceutical markets. Avesthagen continues to build on this heritage by partnering the Foundation for a Smoke-Free World to tackle unprecedented health, wellness and other challenges facing our world today. To learn more about Avesthagen and its research project, log on to: www.avesthagen.com.