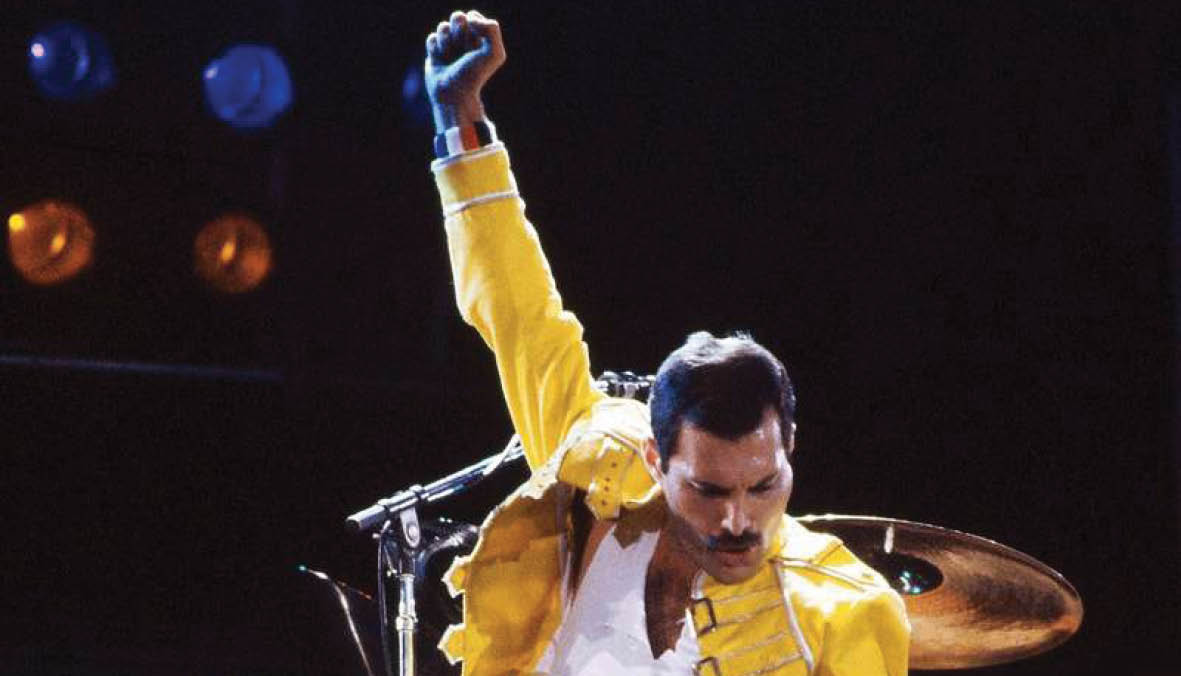 The UK’s Royal Mail has honoured Indian-and-Zoroastrian-born, legendary rock star, Freddie Mercury (born Farrokh Bulsara) and his iconic band – Queen – in its latest postal stamps, releasing a set of 13 special stamps. These include all four members of Queen – Freddie Mercury, Brian May, Roger Taylor and John Deacon – and depict some of the band’s most popular album covers and rare moments from live performances. The band has also featured on a commemorative UK £5 coin, earlier. 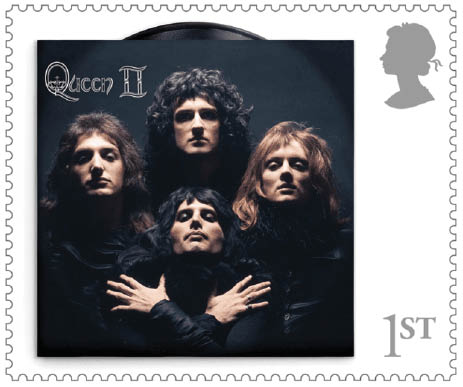 Celebrating Queen – one of the most successful rock bands of all times, having sold over 300 million records worldwide over five decades – eight of these thirteen stamps comprise  images from their most iconic album covers, including ‘Queen II’ (1974); ‘Sheer Heart Attack’ (1974); ‘A Night at the Opera’ (1975); ‘News of the World’ (1977); ‘The Game’ (1980); ‘Greatest Hits’ (1981); ‘The Works’ (1984); and ‘Innuendo’ (1991). The other five stamps feature the four individual band members and one classic group photo. A couple of the highlights of the stamp collection include Freddie’s flamboyant stage performances with him dressed in a regal robe and crown, performing to a crowd of 72,000 at London’s Wembley Stadium during the 1986 Magic Tour; as also Queen captured in their first-ever studio photoshoot at Primrose Hill in 1974.

As per news reports, Queen’s lead guitarist, Brian May, said, ‘It’s hard to put into words what I feel when looking at these beautiful stamps. Since we four precocious boys started out on our quest 50 years ago, our lives have been devoted to making our impossible dream come true. Sometimes it’s strange to wake up and realise the position in which we are now held – we have become a national institution! It’s particularly poignant to look at this collection of images now – now that we are all in a world dominated by a coronavirus, in which none of this could have happened. I just know that I feel an overwhelming desire to own one of these sets! Somehow it will be a way of persuading myself that it really DID all happen!”

Queen’s 70-year-old drummer, Roger Taylor, reacted with, “Wow… stamps featuring our albums! What an honour. We must be really part of the furniture now! Thanks Royal Mail for stamping on us! In gratitude.”

Alongside a batch of platinum, multi-platinum and gold albums, the four have won numerous Ivor Novello and BRIT awards. Queen is also in the Grammy Hall of Fame and a recipient of the Grammy Lifetime Achievement Award. Other leading honors from various organizations include Norwegian Airlines depicting Freddie on the tailfins of two of their Boeing jets; Google dedicating a Google Doodle (2011); San Francisco’s Castro neighbourhood inducting him into their Rainbow Honor Walk of fame (August 2019). Moreover, scientists have named an asteroid after him, and one artist has even created a Freddie Mercury LEGO figure! But it was the Oscar-winning 2018 film, Bohemian Rhapsody, that reinvigorated their worldwide fame, gaining new fans around the world. Their latest honour – the Royal Mail’s recognition of the special stamps set – comes with approval from UK’s Queen Elizabeth, who agrees the design of all UK stamps, before they enter circulation. 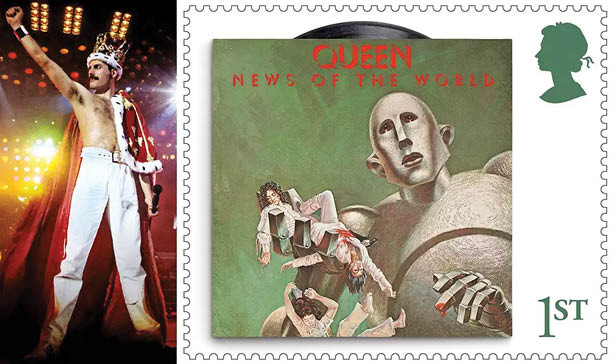 Known as the rock world’s unparalleled icon, the lead vocalist of Queen, Freddie Mercury, died way before his time, at the age of 45, in 1991 due to complications from AIDS. But he leaves behind a lasting legacy as one of the most influential artists in rock music history.