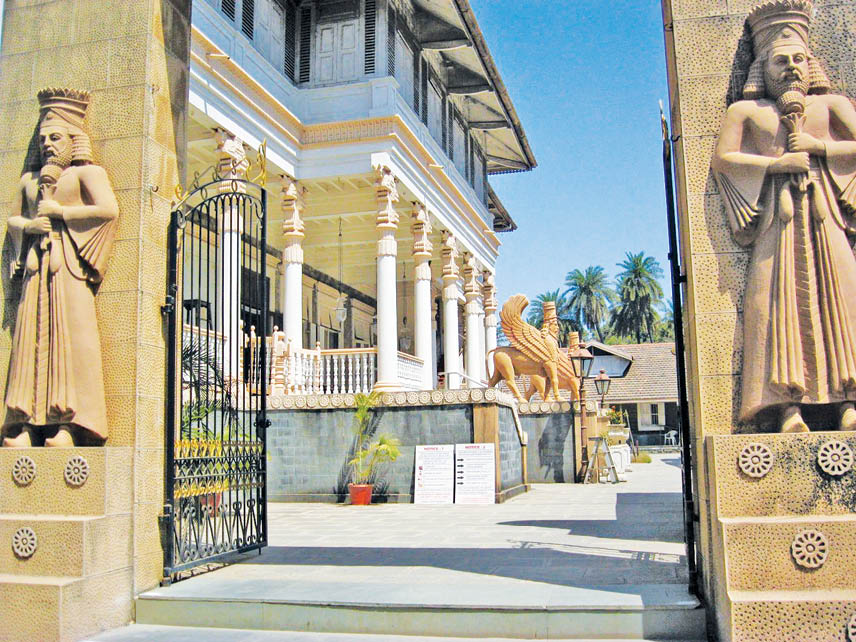 The ‘Global Iranshah Initiative’ is a worldwide endeavour of love and devotion to our holiest of holy, Pak Iranshah, in Udvada gaam (Gujarat), with an aim to support and perpetuate its legacy and our priceless and timeless heritage. The global initiative was officially first launched on 24th December, 2017 at the second Iranshah Udvada Ustav (IUU), and its dynamic, interactive website was launched at IUU’s third chapter on 27th December, 2019.

The IranShah Initiative Vision 2020 is founded on the three foundational guidelines of Education, Inspiration and Donation. Having shared the Education and Inspiration reviews earlier in the months of May and June, respectively, we bring you the IranShah Initiative Vision 2020’s third foundational guideline – ‘Donation’ in July, in the inspiring and insightful words of Homi Gandhi, Immediate Past President of FEZANA, which has been instrumental in procuring donations for The Iranshah Initiative alongside other global Zarathushti leaders.

“There are no gods in the universe, no nations, no money, no human rights, and no justice outside of the common imagination of human beings,” says Yuval Noah Harari in his book, ‘Sapiens’. Harari argues that humanity functions cooperatively because human beings created religions and belief systems, political societies, financial markets, judicial systems etc… That these common, imagined realities “exert force in the world,” because everyone believes in them.

When a community has a strong belief system, it seeks to institutionalize it as a religion and pass it down to future generations. For millennia, our Zoroastrian forefathers did this by way of an oral tradition, formalized with prayer and rituals performed around the powerful symbol of Ahura Mazda – fire, the giver of light and life in open surroundings.

Then seeing the temples in Greece and Rome, our Zoroastrian kings began to build temple structures, where the revered fire was enthroned for worship. Such is the longing of mere mortals to leave behind unforgettable monuments to their beliefs that future generations can never cast aside.

Our Zoroastrian ancestors who fled Iran and arrived in India did much the same – they established the first Atash Behram, meaning Victorious Fire, in Sanjan. So revered and important was this sacred flame, so potent was its ability to will the refugees to not just survive, but to thrive in their new homeland, secure in their faith, that they moved it from place to place, to protect it from the vagaries of fate for almost a millennium, until it was re-enthroned in 1742 in Udvada. This is our IranShah!

For centuries, the Zoroastrian communities of India thrived in the vicinity of Udvada and supported it physically and financially. But during the last century, a large number of Zoroastrians have moved all over Haft Keshvar Zameen. Today, more Zoroastrians live outside India than in India. So many in India and the diaspora believe that they owe their prosperity and wellbeing – in all senses of the word – to the blessings of our IranShah.

IranShah lives in our hearts and mind as a testament to the continuity of our faith. Words are inadequate to truly describe what it means to so many individual Zoroastrians who have prayed before it and experienced the Divine Grace of Ahura Mazda. So, it is now up to all of us in India and around the world to participate in the IranShah Initiative to support this treasured institution spirituality, physically, financially in every possible manner. May Ahura Mazda bless our IranShah and our Zoroastrian community for all times to come!

About By Homi D. Gandhi, Immediate Past President, FEZANA

View all posts by By Homi D. Gandhi, Immediate Past President, FEZANA →