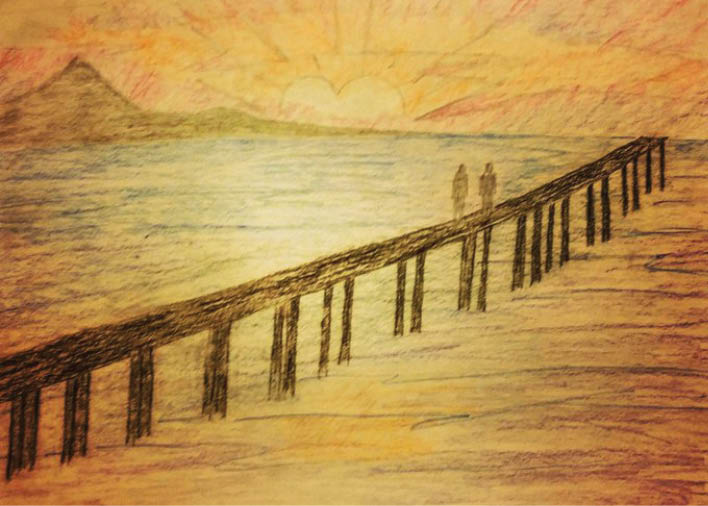 The most powerful aspect of Bertrand Russell’s critique of religious belief is his claim, ‘Religion is based on fear’, and that ‘fear breeds cruelty’. Fortunately, the religion of Zarathushtra is not based on fear of the Divine, but on love and friendship with Ahura Mazda, through Asha (truth, purity and righteous conduct).

The Zoroastrian religion is about life and living. It is, therefore, most ironic and unfortunate, that in recent times some lay Zoroastrians have reduced it to a religion mostly focused on death and the afterlife. The philosophy propagated by some is based on fear – fear of the unknown and the unseen, and as Russell rightly said, ‘what is based on fear, breeds cruelty’. Unfortunately, the brunt of this cruelty is felt by the living, even as the dead move on.

Imagine the plight of the relatives, who, on losing a loved one to the dreaded Covid-19, are left with no option but to let the authorities cremate their loved one. A learned High Priest offered a solution for the solace of the living, but those, high on sound decibel and low on religious knowledge, summarily rejected his suggestion. What’s worse, relatives continue to worry that because the corpse could not be consigned to the Dokhma, the soul will suffer severe torment.

Dokhmenashini is an ancient and eco-friendly method for the disposal of dead bodies. But, some wrongly propagate the theory that the souls of those who are buried or cremated experience great pain and suffering, declaring the ‘severe regressive effects on the progress of the soul in the afterlife’, with such conviction as if they have a hotline with the Divine Tribunal that judges the soul at Chinvat – the Bridge of the Separator.

As a large number of community members are getting increasingly confused, it is important to separate the wheat from the chaff and examine what the Zoroastrian scriptures really state…

According to Zoroastrian theology, on the dawn of fourth day after death (Chaahrum), the soul stands before a Divine Tribunal of Meher, Rashne and Ashtad Yazads, who balance all the deeds of the soul during its entire life, and if good deeds outweigh the bad, it is allowed to cross the Chinvat Bridge to Garothmaan or Garo Demaana – the House of songs. This means ‘Meher’, who is doctrinally seen as Davar or Judge, along with ‘Rashne’, who is Raast or Righteous Judge, and ‘Ashtad’, as the embodiment of Truth – judge the soul’s balance sheet of deeds. Thus, standing before the Divine Tribunal could also be interpreted as the soul being able to see its deeds in the presence Meher (Divine Light), with Ashtad (Truth) and Rashne (to righteously judge the deeds). In other words, the soul judges its own deeds and finds itself in a happy state of consciousness (House of Song) or an unhappy state of consciousness.

In the Zoroastrian tradition, the funeral ceremony is called Geh-sarna. The ceremony requires two priests to perform the Kusti and after reciting the prayers for the particular Gah (watch of the day), hold a paiwand between them, put on the padan over their face, take the Baj and recite the Ahunawad Gatha (Yasna 28-34).

Recently, our learned Scholar High Priest Dasturji Dr. Firoze M Kotwal suggested that if two priests holding the paiwand (ritual connection) perform the Geh-sarna facing the Dokhma, it may bring some solace to the relatives of the deceased whose mortal remains are cremated (against their wishes) due death by Covid-19. This caused an unprecedented uproar amongst some, specifically those who have neither studied Zoroastrian history indepth, nor read a single authentic religious text!

For The Living Or The Dead?

It was recently argued that the Geh-sarna ceremony is for the soul of the dead and not the living. Let’s examine the facts…

Ervad Dr. Sir. Jivanji Jamshedji Modi, a leading scholar of his time, states in his paper, ‘The Funeral Ceremonies of the Parsees’, that the recital of Gatha “is intended to give moral courage to the survivors to bear up with fortitude the misfortune of the loss of the deceased.”

“Then Ahura Mazda replied: ‘recite those words which are spoken twice in the Gatha’”. This is a reference to the passage in the beginning of the Ahunawad Gatha.

Thus, even the Vendidad (the preferred text of the traditionals) affirms that the Geh-sarna is for the benefit of the living.

Why Do Zoroastrians NOT Bury Or Cremate?

Zoroastrians revere Ahura Mazda through the medium of fire and therefore it is doctrinally deemed inappropriate to burn the dead. Zoroastrians do not bury the dead because it pollutes the ground. The Vendidad states that earth is tormented when we bury the dead. Incidentally, Vendidad refers to ‘torment of the earth’, not ‘torment to the soul of the dead who is buried.’

In other words, Dokmenashini is a system for the disposal of the dead by exposing the corpse to the elements of nature. The Dokhma is not a launch pad for the soul to Chinvat!

Not for even a moment are we advocating burial or cremation over Dokmenashini. However, it is also a fact that there is not a single Zoroastrian scripture which says that unless the dead body is consigned to the Dokhma, there will be ‘severe regressive effects on the progress of the soul in the afterlife’. There is not even a shred of evidence in support of this fallacy.

Forsake Fear! Religion should inspire, not make us perspire!