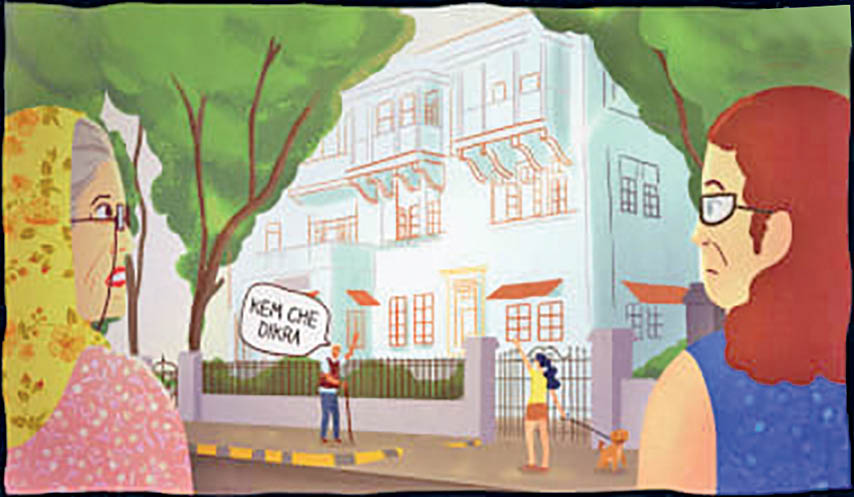 Hope burns eternal within the heart. As Eruchshaw Einstein says, as long as there’s hope – well, there’s hope!! So, I’ll tell you some tales from our Baugs on HOPE! (What else?) 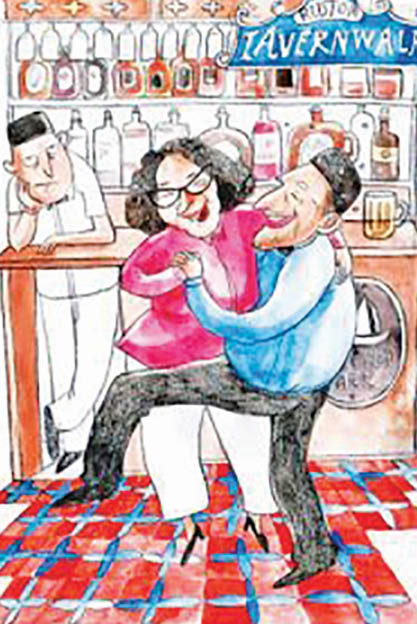 In our prominent South Bombay walu Cusrow baug, there is this70-year-old frustrated spinster, called Alamai Banga, who has high hopes of finding a bakro to saprao, and finally settle down into the romantic-rut of marriage… since her cousins – Silloo Sanga and Coomi Kanga – are already grandmothers. She would drop her kerchief deliberately on her evening walks around the central lawn in the hope that someone looking like John Abraham would pick it up and ask, “Excuse me, my fair lady, is this yours?” So far only two guys have returned her kerchief – the paowala and the Security guard at the gate and both look far from apro John!

Alamai has lost six dozen kerchiefs till now, but she still has hope, walking daily in the evenings and stopping at the Agyari to harass khodaiji daily, saying, “Send me a knight in shining armour on a white horse!” I’m sure she must have, on occasion heard the heavenly response, “High HOPES!”

I must tell you about Godrej Baug na Sorabji nu scooter, which he loved more than his wife, who wore a perpetual scowl on her face and also wore very old-fashioned clothes, with the long-playing records and had bizzare gor-papri brown hair. For their 50th Wedding Anniversary, Sorabji renovated his scooter but didn’t buy even a safety-pin for his wife saying, “She is beyond renovation!”

Even if there was a speck of dust on his scooty, Sorabji would run down three floors to wipe it clean but on their evening walks in Cusrow Baug, even if a crow did a huge ‘good-luck’ on his wife, he would say, “Clean it yourself!” The devious wife got some goondas to throw away Sorabji’s scooter into the Apollo-no-dariyo. Sorabji was heart-broken but the HOPE of solving the mystery of the vanishing scooter still burneth bright in his heart! 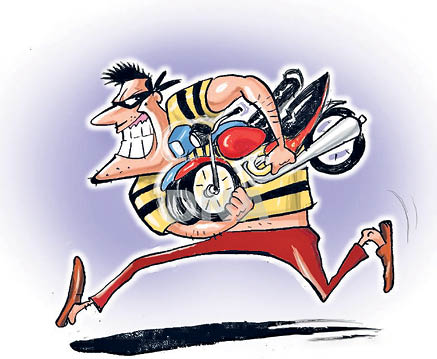 Then there was aapra Gustadji Gotla from Khareghat Colony – he was so charitable that after eating mangoes, he would send the gotlas to his next door neighbour, Najamai, who blessed him every day during the keri-ni-season, saying, “Mari jaoon tamara par thi! Jeevta rehjo aney keri khata rehjo, mahra vahla Gotlaji!” You see, Gotlaji had a fetish for eating only the two sides of a mango and didn’t fancy the middle part, which he gave away in charity! Najamai has HOPES that Gustadji will outlive her and she can enjoy the free gotlas till she dies!

Did you know about Homi Homeopath of Navroz Baug, who made tiny sugar pills in his kitchen and sold them for the price of gold!? Well, all his patients have become was-not or Late or Behesti! He is hoping against HOPE to saprao new patients so his income continues!

Then there is Freddy Fox-trot of Rustom Baug, who is master of ballroom dancing but no girl wants to be his dancing partner! Why? Because his socks stink to high heavens! Each time a lady says , “Your socks stink – take them off!” he leaves the dance floor momentarily and takes out his socks and puts them in his shirt’s breast-pocket, and come back to the lady!! And this repels her even more, to the point of asphyxiation! Poor fellow still doesn’t get it and HOPES to soon find a Soonamai-Samba or a Tehmina-Tango or a Ruby-Rumba as a dancing partner!

Pilamai of Panthaky Baug had a she-parrot or a ‘popti’, who uttered vulgarities and obscenities all day while her Dasturji neighbour had six male parrots in a cage who recited prayers all day. Pillamai requested the Dasturji to keep her popti with the male parrots for a week so that she may become pious and holy like the popats.

As soon as Dasturji Saheb obliged by putting the popti in the same cage as the six poptas, one of them said, “Brothers, our prayers have been answered! Good we never lost HOPE!”

Meanwhile, Meherwanji Maruti from Tata Colony would always park his car selfishly – right under one of the lamp posts. Each time he removed the car, he would put his scooter to reserve the sacred space!! His neighbour, vaanki-doki-na-Vikaji  once found Meherwanji’s space empty and parked his Tata Nano there!

At eleven in the night, Meherwanji rang Vikaji’s doorbell and demanded that he remove the car, yelling at Vikaji, “See that lamp-post? That’s my place – near my lamp-post!!”

Vikaji: Your wife brought the lamp-post in dowry or what? And if it is your lamp-post, put it in your flat and use it as a lamp!

As the entire Tata Colony woke-up and sided with Vikaji, Mehetrwanji left in a huff saying, “I’ll give you such a box that tamari vaanki doki siddhi thai jasey!!”  The neighbours encouraged Vikaji to file a Police complaint for a physical threat and they were prepared to stand as witnesses. The next day, Meherwanji was to be produced in court and had no option but to apologise to Vikaji and everybody. He had lost all HOPE! The lesson for everybody is this – Baug space cannot be cornered by anybody – putting a flower-pot or a scooter to reserve a car-space is not the correct way of living in a Baug!

Goolamai-Gossip of Malcolm Baug was full of the latest Aaj-ki-tazaa-khabar, like:

… Freddy and his cook, Francis, are a couple!!

… Pestonji eloped with his gangubai – considering what a terror his wife was, he should have done it 10 years ago!!

…Newly married Sammy had his appendix removed. Next door’s Coomamai lamented, “Marerey! Now that his appendix is chopped off, how will his wife have children???”

Let’s HOPE she stops before people start taking her seriously!!

I HOPE you enjoyed this article!! Sal Mubarak!