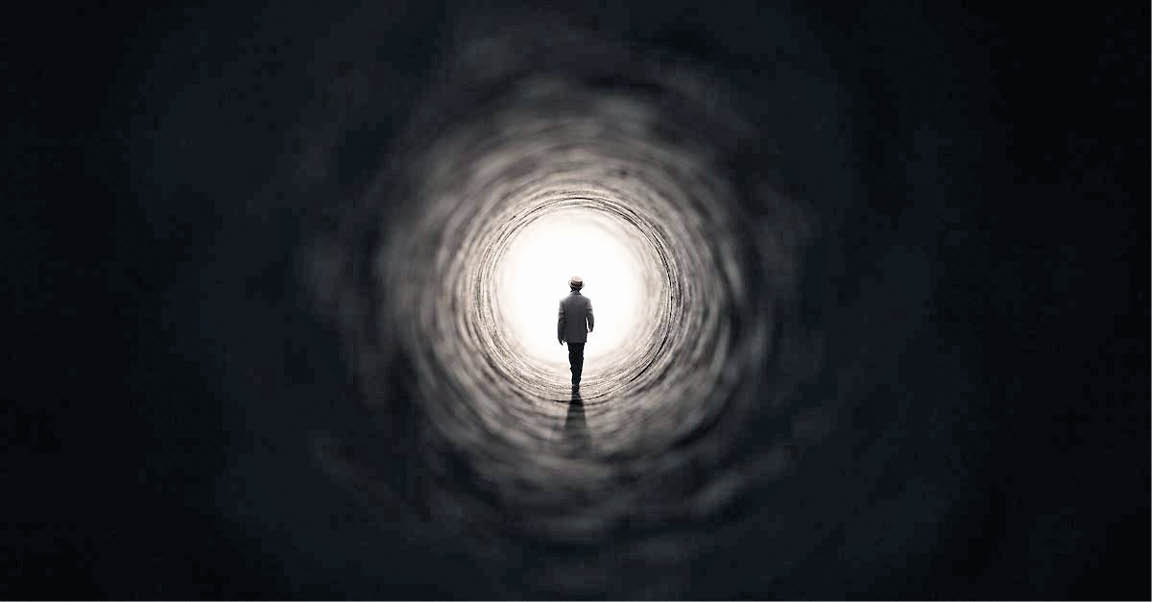 It is said, at the moment of death, people become aware of the importance of the mind. This is because the mental body becomes alert and more perceptive. Psychologist Helen Wambach relates in USA’s ‘Psychic’ magazine (issue dated February, 1977) how she “almost drowned, almost died and came back to life with artificial respiration.” Her account of mental perception in death goes thus, “Even in water, as I felt helpless physically, I was more conscious of my mind at that point of time, than my physical body. All through life, it has been exactly the reverse. The body was my main interest and what was going on in my mind… well, it was just going on and no more! But after this near-death experience, my mind was the main focus of attraction, and my body was only something to encase my mind and soul.”

It is interesting to note here that in meditation and raj-yoga, one needs to control the mind totally. In Zorastrianism, Manashni, or mental purity, is the first of the triumvirate rules of spirituality. It is important to know what effects ‘the thoughts occupying the mind’, have on the one who is dying. It seems that the last thoughts influence the nature of the future existence the soul will undergo. The ‘Bhagwad Gita’ which is the Moksh-Shastra of the Hindus, states, “One attains whatever state of being one thinks about at the last moment when relinquishing the body, being ever absorbed in that thought.”

The Catholic sacrament of Extreme Unction has a similar function of purifying and cleansing the ‘mind’ for death. On this topic, Socrates has said, “If, at its release, the soul is pure and carries with it no contamination of the body, because it has never willingly associated with it in life, but has pursued philosophy and theology in the right way, such a person need have no fear of death.” 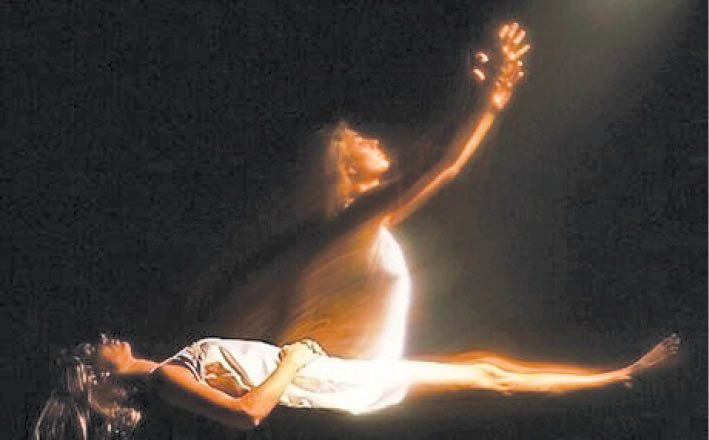 People often don’t realise that they experience a death like state on a daily basis. Going to sleep each night is identical to the process of dying, except that the ‘silver-cord’ between the subtle-body and the physical one is still there, providing a path through which the subtle-body can reconnect to the physical on waking up. In sleep (as in death), we have no use of the physical body or the five senses, and yet, our mental body is active. We call this activity of the mental-body, dreams.

The attitude of society towards death is not correct, both for society as a whole and also for the dying person. Due to fear and ignorance, people go to all lengths to avoid the subject. Death is not painful for the departed – in fact, in most cases, a welcome release. It is those who are left behind who suffer far more because of ‘attachment’ to the departed soul. We are all ‘selfishly-attached’ to our loved ones. When there is the acceptance of death as a stage that every soul has to pass through in order to go to another level of existence, then the way is clear for a realistic approach to, and proper preparation for, death. Such a mature attitude leads to freedom from the mundane aspects of life, and the possibility to explore the planes of higher consciousness which transcend the temporary phases of death after each incarnation.

According to Hindu philosophy, the soul goes from one birth to another, 84 lakh times. The word used is ‘Laxachorashi’ – ‘lax’ meaning lakhs and, ‘chorashi’ meaning 84. This Hindu philosophy believes that the soul passes through the mineral, vegetable, bird and animal kingdom before being born as a human, with God-consciousness (nar se narayan). In each birth, we progress by doing good, or regress by being wicked, so in these several cycles of going from the womb to the tomb, it is entirely up to us to speed up our spiritual evolution.. or not.

The one consistent element for all life on this planet, regardless of species, sex, status or environment, is the inevitability of death. Nobody fears death per se, but only the manner in which it will come. In every religion, there is an understanding of death, and a comforting assurance, however allegorically put, that death is not the end, but some kind of new beginning. Primitive man feared death only because his soul was not spiritually evolved, but even so, death was a very important aspect of life, and hence, we find monuments  built to it, e.g.: Stonehenge in England and the death-mask drawings in the Altmira caves of Spain.

Ancient men had fear, uncertainty and apprehension regarding death, but today, as we stand at the beginning of the Aquarian age and understand subjects like para-psychology and theology, we should understand that death can come anytime, birth onwards. In fact, I call death a ‘congenital birth defect’, because once you are born, you are sure to die!

In James Barrie’s, ‘Peter Pan’, Peter says, “To die would be an awfully big adventure!” So also, in J R Tolkien’s ‘Lord of the Rings’, the protagonist – Frodo boards death’s ship to heaven where he heard the sound of singing by his friends on earth. Here, the words ‘sound of singing’ are significant because, during the process of death, the hearing faculty is the last to disintegrate.

Just as we have a physical body, we have an etheric body, a mental body, an emotional body, an energy body and a subtle body. All these bodies cover the soul or atma like sheaths (or layers of onion). But, if you realise that you are the soul (atma-swaroop) and not any other body, then you have gone beyond time and space and, consequently, beyond birth and death!