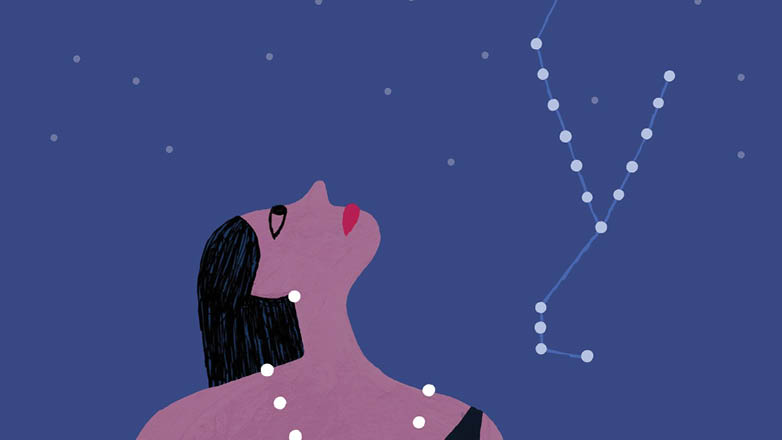 Are you a lover of stars? I don’t mean when they twinkle and paint a pretty picture in the night sky. As inspiring as the stars are in all their cosmic beauty, there has been a legitimate fan-following of these celestial beings since the inception of time. It is said that the position of stars and planets revolving somewhere beyond light years, in deep dark realms of infinite space, can predict your past, present and future.

Having said that, classifying astrology as a science seems mighty disrespectful to science as a whole and scientists in particular! Imagine a room full of astrophysicists at a convention, along with their erudite colleagues with certified degrees, tall claims and plausible tenures probably at NASA or the likes, subject to voluble pseudo-scientific and senseless chatter on discussions of the Moon-Saturn conjunction responsible for the virus’s novel behaviour in recent times! Or that Mercury in retrograde was responsible for China’s lack of any communication-oriented talks with India, in the month of June!!

Oh yes! I am fascinated with astrology – if a newspaper delivers the outcome of my day or week, I will undoubtedly read it. And if it claims that I am to meet an interesting stranger today, every random passerby invariably becomes a viable suspect. ‘Someone you least expect may prove extremely HELPFUL to complete important tasks today’.  Now who can pass that up without a day long reflection on all the possibilities? Could it be that random call from a friend informing you of those further reductions at Zara? Certainly proving to be most helpful in purchasing that cartload of stuff you absolutely didn’t need but couldn’t resist… after all, a 70% saving amounts to being HELPFUL right? 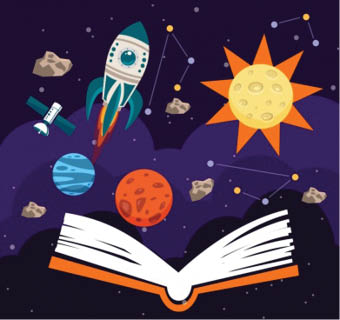 And so, you choose to believe horoscopes and predictions as per the choices you can make. But who can deny the lure of that feel-good factor packed in those scant lines! They say astrology is for bored housewives and for emotional little girls to grasp and understand why, Behram, Poras or Pappa did not respond to their texts! But ask a man and he considers it as a nonsensical sidekick to every irrational act on the part of his wife! An Aquarius moon, Aries sun and Uranus rising – oh, all a perfect excuse to be temperamental, exasperating and downright unreasonable (truth be told that’s everyday behaviour) but all the while claiming her signs are most certainly to blame for this behaviour!!

So while we will have some people reading this article also reading their horoscope at least once, we will have another group belonging to those who read theirs at least once every day. The believers and the non-believers are on two distinct sides of the fence, with one lot asserting how ludicrous astrological claims are to a science, while the other lot passionately argues on how ridiculous it is for science to unwittingly disregard astrology! Guess the non-believers have probably never been subject to a volatile Libran and a Gemini encounter at close quarters!

Now, anyone with the slightest knowledge of the stars could have prevented this explosive interaction with much the same care and caution that you would, while mixing sodium and sulphuric acid in a scientific laboratory. While the former studies behaviours and reactions based on a formula of planets and star positions, the latter simply is a reaction to chemical composition and combination. For the followers there it is – Simple Science!!

Astrology assigns meanings to celestial bodies that are, by and large, unconcerned with the daily goings-on of human life. Simply put, we love to believe the galaxy cares more about us than it actually does! Astrology has been treated as an arbiter of spiritual guidance, a predictive science and horoscopes are, undoubtedly, the most infuriating parts of astrology! Unlike most things people believe in – God, deities, spirits, fairies, flying UFOs, or Nessie the Loch Ness Monster – the planets really are not conscious beings that go out of their way to interact or disrupt people’s lives!

Whether or not Mercury actually had a physical effect on a person’s life is irrelevant. You can’t go blaming a lone planet closest to our sun as responsible for that atrocious haircut taken on your whim, or for that matter, that broken leg which was a result of slipping in the bathtub! You can’t plan flights or surgeries based on the position of Saturn’s position in your natal charts or believe that a run of bad luck will cease at the end of seven years, popularly known as Sade-Sati!

Believe me, planets are just uncaring giants, minding their own business and doing what they are supposed to do. They are just not that interested in you! Your well-being or misfortunes, jobs or businesses do not interest them in the least. No matter how many moons or rings they have, there are no sure-fire guarantees of that ring on your finger. Planets, stars and constellations are just orbs made of gas and floating rocks, not in the least fascinated with the daily workings of our minuscule planet earth! In all their cosmic glory, they have bigger plans for themselves.

Are you one of those who cherry-picks their character traits from a sign determined by their birth chart or moon calendar, or someone that reads a lot into these claims specifically tailored for you, by the positions of the stars? Or someone who tied the knot only after the stars and the family pundit said, “Oh a match made in heaven!” Were you someone completely careless to the warnings of that malefic Manglik aspect in your horoscope to marry that girl of your dreams, believing its all hogwash anyways? Or were you a downright ingenious suitor going a step further by greasing the palm of that family astrologer the day before the reading of that compatibility chart?

In my opinion, the lack of dialogue between the individual and the heavens limit the footprint of the stars on one’s life. Astrology has been given a bad name. Condemned as a science and denigrated by much of society as fluffy, woo-woo nonsense that helps the vulnerable and the weak to navigate the year ahead.

Whether you’re a believer or a sceptic, whether you accept its modern contemporary flavour or the cosmic effects of it on the aspects of the universe, believe me, astrology is here to stay. Are you are one that reads the daily feel-good, pop-psychology variety of astrology growing like fungal spores throughout the millennial covens of the internet? Or perhaps you read texts and studied the insights that ancient practitioners proclaimed, believing that the unspoken truths there, have a basis for further investigation. But when you  do have time, look up at the sky, spot those stars in patterns and form so infallible and distinct and wonder what knowledge was possible to unfurl from them, that’s so hard for us to understand or access even now! Could the stars hold secrets and hidden agendas weaving webs of intrigue and possibilities for time immemorial? The answers could leave most, starry-eyed!