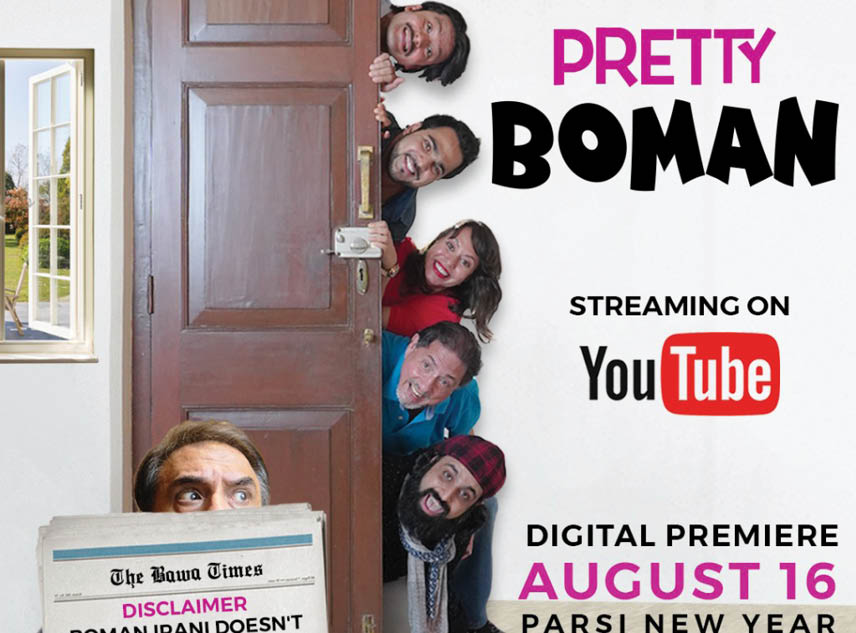 Bollywood star, Boman Irani is playing the lead in a movie… the only problem is Boman Irani doesn’t know he’s in the movie!!!

Trust Silly Point Productions to find a way to achieve this, considering they’ve overcome all the obstacles! Thanks to Covid-19, the theatres are shut, so they’ve decided to stream a movie online on YouTube! And again, thanks to Covid-19, Boman, like the rest, has decided to quarantine himself, so somehow they got footage and dialogues from Boman, without his knowledge! And poor, naive Boman has no clue what’s been happening! They’ve even captured him being bullied by his wife!!!

The Plot: Failed theatre director, Cavas Contractor (Danesh Irani) is out to make a movie with no money, no script, no location, no actors and no talent!! He gets hold of his 2 loyalists, who’ve been his scapegoats every Parsi New Year in their Parsi plays – (Darius Shroff and Danesh Khambata) and together with Dilnaz Irani and Sajeel Parakh they complete this stellar cast! 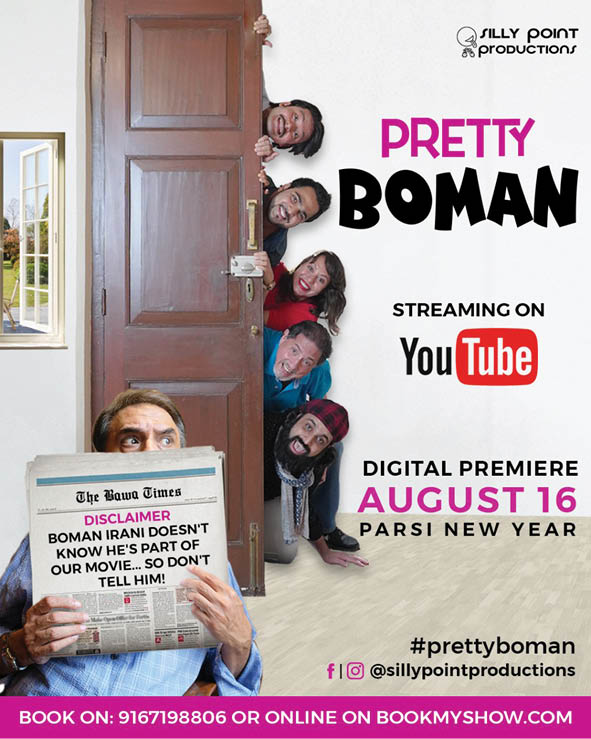 (Then again, he’s so extremely paranoid to even go and get the newspaper due to the Covid scare, he won’t see this either!!)

The story is somewhat a joke on the reality of what’s going on right now… Everyone is locked up and trying to find ways to make money and survive. This movie consciously stays away from the Corona backdrop and yet manages to have the same sentiments of people – that of hustling your way through life and the obstacles it throws at you.

Speaking to Parsi Times, the Community’s favourite ace director, Meherzad Patel, says, “The good thing is, this isn’t just a play being streamed on your TV. Those just aren’t fun. A stage show is best enjoyed live. We could’ve easily just put up one of our classics as shown on stage. But the experience of having thousands around you, cannot be compared to that of sitting at home. Movies have to be written and directed differently.”

Pretty Boman is written and made to be a movie. And that’s how it is intended to be enjoyed. On YouTube, on your television. On Parsi new year. With the family. Not friends, because, well… Social Distancing and all!

Unlike a live show, where you need to get a ticket for each member of the family, for this movie, just one purchase of ₹500 means everyone in that house gets to watch it!

And if you’re busy on Parsi New year, which seems highly unlikely since all the fire temples are shut and you can’t get out…  then it’s still going to stream all the way till 31st August, which also happens to be SiLLy PoiNt Productions’ 12 year anniversary!

Laugh away into the New Year with the rib-tickling comedy, ‘Pretty Boman’, Written and Directed by Meherzad Patel, and Story, Concept and Title by Danesh Khambata

Watch ‘Pretty Boman’ for free by entering the contest! All you gotta do is:

– Use the hashtag:  #prettyboman and tag 2 people you’d watch the show with alongwith @sillypointproductions and @parsitimes!

10 Lucky Winners Will Get To View ‘Pretty Boman’ For FREE!!!