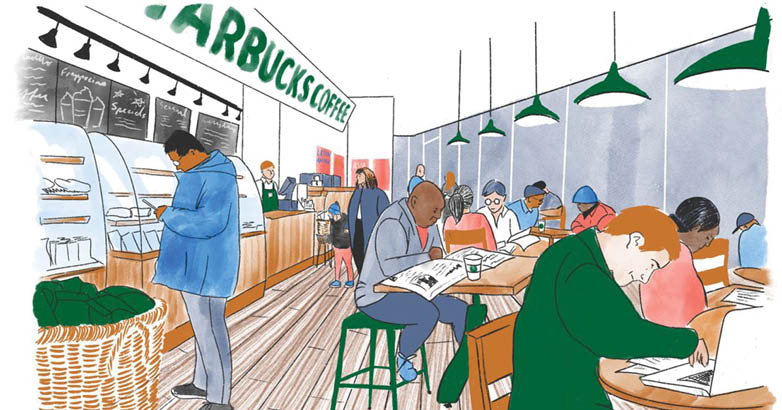 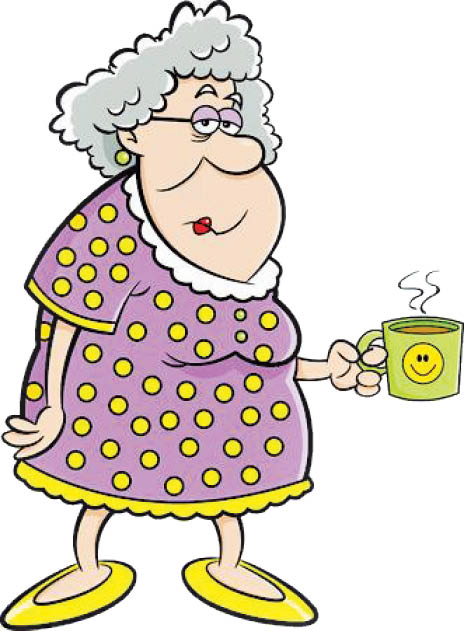 One Saturday morning, around 11:00 am, Hormusji felt like having a cup of coffee while reading Parsi Times on the net. It was Lockdown time and he had just finished cooking and doing jhadoo-pochcha, washing clothes, cleaning the vara-mori and the basins . He was dog-tired and wanted a coffee-break.

Farida: Where are you off to?

Hormusji: To make myself a cup of coffee.

Farida: You have no kaam-dhandha to do?

Hormusji: I have finished all the house-work. This is my Me-Time with a cup of coffee and Parsi Times!

Farida: You haven’t finished! You have to give me a manicure and pedicure – you forgot? Every Saturday is my beauty-parlour day! And after that, you have to ‘paint the roof’.

Hormusji: Paint the roof?? I’m not a painter!!

Farida: It means, you have to apply hair-dye to me, which I’ll wash off after half an hour.

Hormusji: Go to your lady-hajaam at the Taj! I am not good at all this!

Farida: In return, I’ll take you to Starbucks in the evening for your coffee!

Just then, the doorbell rang. It was Soli Sales-Tax, late by an hour, since he had to bring the bajaar of fresh veggies from Bhaji-gali next to his house in Chikkalwadi. As he entered, Khadhro Soli asked, “I heard coffee! I heard Starbucks! Let’s go! Let’s go!!”

Soli: But my five-star girl-friend Farida has the bucks!

So, instead of relaxing, poor Hormasji became a home-made-saloon-cum-beauty parlour.  By then it was 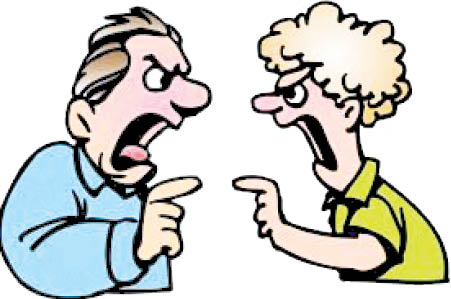 Hormusji: Thank you very much!

Now there are two types of Parsis – those who love tea and those who love coffee. Hormusji’s coffee-mania went back to his embryo-stage since his mother drank only coffee for the nine months she carried him. He was even given coffee in his feeding milk bottle! Coffee-shops were the Mecca for his caffeine-fix!

At Starbucks, Soli found a table with only two vacant chairs, so he and Farida sat down while Hormusji became a Khadaa-Parsi! Farida, the dominating fatso, went to the service counter and started ordering the guy like a Roman Triumvirate: “Teen Coffee mangta! Ekdum first-class! Hormusji banata vaisa!”

The Starbucks guy made a mistake and brought the coffees, shouting ‘Three Blacks!

Starbucks Guy: No sir, it’s three black coffees – black as the night, sweet as love and hot as hell!

Farida: Soli – go sort it out at the service counter!

Soli: Frappuccino and Cappuccino are two brothers or what?

Salesperson: Or would you prefer a Machiatto?

Soli: Woh konsa atta hai? We use only chhakki-no-aato!

Salesperson: You want them black or milky? If milky, skimmed or full-fat? With or without sugar? If sugary, white sugar or demerara sugar?

Soli: Do I look like a drug-addict to you???

Hormusji: This is my chair and I’ll sit next to my wife! Derko tu aney tahro baap!

(Everyone at Starbucks stopped sipping their coffee, seeing what happens next on this free entertainment channel.)

Soli: That stupid guy at the counter is asking me a hundred questions with hundred options as if I am in the hot seat of Amitabh Bacchan’s  Kaun Banega Carorepati!! He’s also asking me my Bra-cup-size!! Small, medium, or large?! As if I am a cross-dresser! Come on!! Let’s get up!! We’ll go home and make our own coffees.

Farida: No! I’ll have my coffee right here!

Hormusji: I second you, my Jaan!

Just then, a guy served a lovely creamy steaming-hot cup of caffeine-fix to the girl on the next table.

Farida (Whose eyes were always on other people’s food and drinks): Eh Waiter! Voh table pey kya diya? Bring three of those on our table! Hormusji, go pay!

Soli obeyed and went like a vafaadar kutta – of course he would! It was, as usual free treat on Farida’s money!

And so, all three of them had their coffee – Soli had it standing, like a Khada Parsi, since Hormusji wouldn’t leave his chair like a politician’s Kissa Khursi Ka! That done, they all went to Marine Drive. Farida and Hormusji sat on the paar while Soli went for a walk and was promptly arrested by Pandu Havaldar for loitering – Soli ni coffee ootri gayi!!