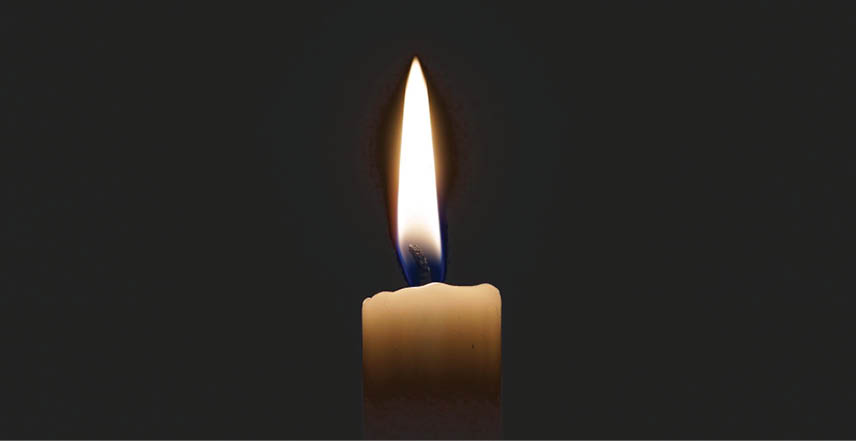 In the ancient civilizations of ‘Mu’ and ‘Atlantis’, there were certain rules and practices on death, with details of breath-control, mind-control and guiding the ‘last-thought’. In ancient Egypt, occultists could predict whether it was time to ‘to fight for life’ or ‘let go and die’ for their Pharaohs. In the Mayan civilisation, initiates were taught to go over i.e. to die in full consciousness. Tibetan Lamas and our Indian Hrishis and Munis knew the art of conscious-dying. Hrishis took ‘jal-samadhis’ i.e. they immersed themselves in water, while chanting the lord’s name when their time came. Lamas sat in the lotus-pose of yoga at the final hour, chanting the Tibetan maha-mantra – ‘Om Ma-Ni-Padme Hum’. It is said that Zoroaster, our prophet, had a conscious birth -he smiled at birth, perhaps because he understood this silly drama called life!

It requires time, patience, dedication and courage to have a conscious death. Sometimes, even an initiate is tempted, in which case, all the higher Lamaic teachings and various mystic and occult teachings that the initiate acquired over the past several births are wasted.

Over the last few years, there have been several books on death. It seems as if the ancient memories of ‘guiding the dying’ over the last few days of life are stirring once more. In ancient Egypt, death-guides were called ‘psychopompoi’ and were selected from the priestly-literature of Anubis, Persephone and Hermes. Their work concerned only the guidance and the recently dead.

It’s possible that modern authors, who write on death, were once a part of the Egyptian Psychopompoi Mystery Group, and they have reincarnated on earth to spread this knowledge once more. I say this because while I was studying the theory of reincarnation, it struck me that there is a ‘cluster-phenomenon, or ‘group-karma’, in nature which defies explanation. At frequent periods in history, several geniuses appear (incarnate) at the same time, usually knowing each other. Their fame lasts through centuries. Then a century or two later, another cluster of transcendent, talented men dominate the scene, and like comets, disappear, their like not to blaze across the horizon for hundreds of years.

Shakespeare and Bacon were an unforgettable example. Leonardo Da Vinci and Verrocchio worked together. During their lifetime, Michaelangelo and Raphael vied with each other in exhibitions. Da Vinci and Michaelangelo compared their work in Florence in 1504. Two centuries later, it was Mozart, Haydyn, Beethoven and Shubert.  A century later, we had Liszt, Brahms and Schumann. While the field of literature was followed by art and music, the philosophical field was taken over by Voltaire, Rousseau and Diderot.

I have often pondered on the extraordinary coincidence of such towering American statesmen as Thomas Jefferson, George Washington, John Adams, Alexander Hamilton and Benjamin Franklin being available simultaneously at the birth of their Republic. Was it a coincidence or had they decided to reincarnate as a group to establish a free nation?

Then again, what about the early 19th century which produced such a glittering array of poets and philosophers like Ralph W. Emerson, Bryant, Henry Thoreau, Longfellow and Walt Whitman? An accident? No. In nature, there are neither accidents nor co-incidents. Rather, groups of souls reincarnate to develop their talents to the highest peak, whether that talent is for writing, painting, music, mathematics, statesmanship, guiding the dying or whatsoever. Unfortunately, our modern world, with its emphasis on so-called progress, taste, greedy acquisition of goods, enjoyment at all costs and getting to the top, social-climbing and utterly false values, leaves no time for people to think of death.

Death held a lot of dignity in the olden days because it was accepted as being part of life. Today, medical profession has pushed back the boundaries of death and added years of life to our expectancy, but the attitude is very different and very wrong. In earlier days, the very old and the very ill were allowed to ‘drift-off’ quietly and very peacefully towards death in their own homes, with their loved ones around them, occasionally addressing a comforting word to the person lying still in bed. The sense of hearing, always the last to fade away, was thus kept alive, giving the old person a feeling of being loved and cherished right to the last moment. How different and cruel it is today. Old persons are, in many cases, taken by force from their much-loved homes where they lived all their adult lives (and where they feel safe) to be placed in a hospital. Once there, they deteriorate rapidly because there is no love and no mental or emotional stimulation. There’s no family, friends or neighbours – only strangers (however kind they may be) in the garb of doctors and nurses.

Thus, the last few days of an old person who wants to die peacefully at home are spent in an anonymous hospital bed with overworked doctors and busy nurses who do their best. But the dying is often done alone. Death which should come as a friend, comes instead in the form of tubes, syringes, harsh lights, catheters. pampers and isolation. What a sad way to exit when an incarnation ends, just because today, death is seen as simply another barrier to push back. What our modern science cannot cure, it prolongs.