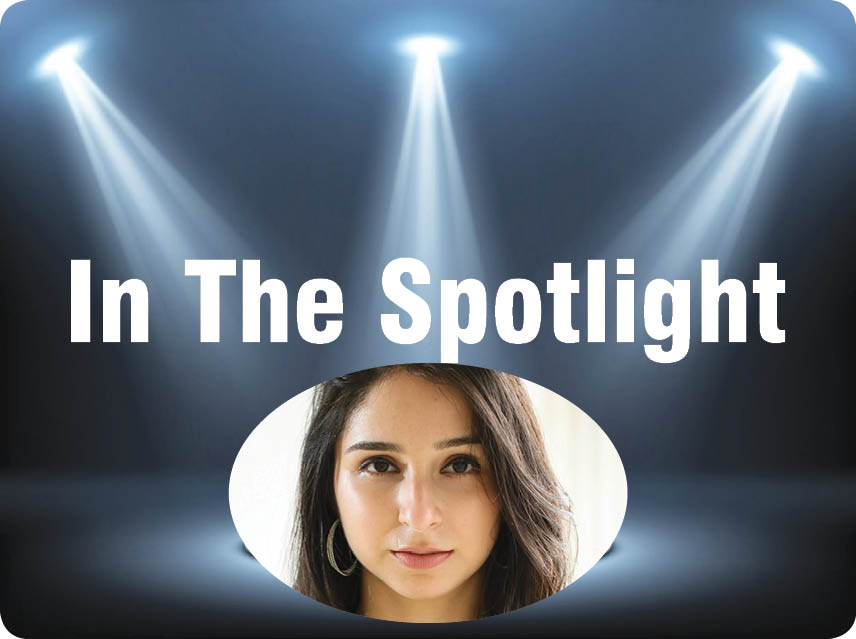 In the news for her pivotal role in the hit ongoing web series – Flesh (ErosNow) – actor and model – Urvazi Kotwal has received much appreciation for her role by the masses and the critics. Parsi Times shares a tête-à-tête with Urvazi in our column, ‘In The Spotlight’, which cheers for and encourages our dynamic community members who endeavour to achieve greatness! 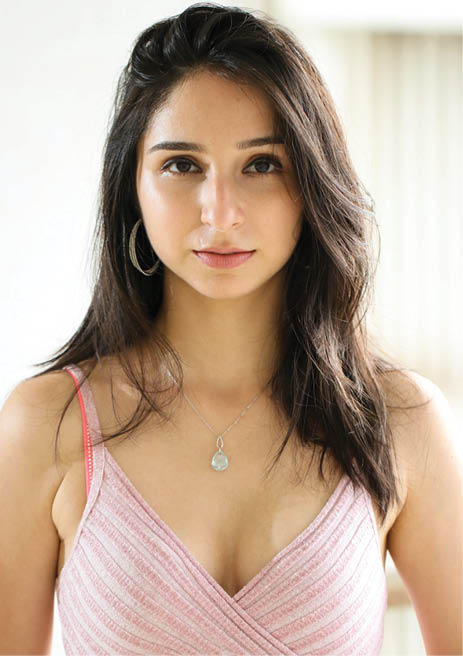 Urvazi has always been fascinated by the world of performing arts and has been on stage ever since she was a toddler. “Nothing makes me happier. I bagged a lot of TV commercials as a child model starting at the age of 7 and that’s when I realized my love for camera too,” she says.

After completing her Masters in Biotechnology from St. Xavier’s College, Urvazi decided to pursue her inner calling and took up acting as a full time profession. She trained as an actor from Mumbai’s Jeff Goldberg Studio and holds a degree in Method Acting, post which she’s graced several professional theatre productions, while also auditioning for screen projects. “Theatre has been my greatest teacher, making me the actor I am today. I’ve been fortunate to be a part of some great classic plays like Mohan Rakesh’s ‘Aadhe Adhure’ and Tennessee Williams’s ‘A Streetcar Named Desire’, amongst many others, which were performed at prestigious venues like the NCPA, the Royal Opera House and other intimate theatre spaces.

“Currently I have received a lot of attention and appreciation for my debut in the web series ‘Flesh’- directed by Danish Aslam and produced by Siddharth Anand Productions, in which I play a vital role. Streaming on ‘ErosNow’, the web series deals with the sensitive topic of Human Trafficking and its horrors. Unfortunately, this heinous crime of flesh trade is still prevalent in the 21st century and being a part of this narrative is one of my greatest achievements and has given me immense artistic satisfaction,” shares Urvazi. 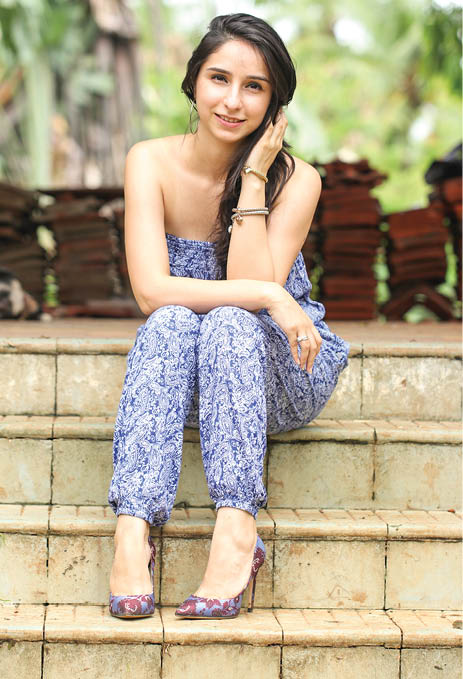 On what inspires and motivates Urvazi as an actor… “I have great love for the performing arts. The ability to live someone’s life and get into the skin of the character to tell a story, intrigues me the most. I’ve been a film and Bollywood buff from forever – growing up on ’90s Bollywood! Whenever I watch good films of any genre or language, I just knew I wanted to be up there. There’s two factors that keep me motivated to work on my craft and hone my skills – first, it’s my dream to see act in films as a lead heroine – it’s all I’ve ever wanted; and second, the fear of being tagged as a fake or bad actor.

On her best / favourite project so far… “One is ‘Flesh’, and the other is, one of my Hindi plays, ‘Aadhe Adhure’. The reason being that both my characters in these pushed me way beyond my comfort zone, testing my acting abilities. I am diametrically opposite to both the characters in real life and was undeterred to crack the roles to the finest of nuances. To play such roles, you have to forget yourself and adapt to being a whole new individual for a period of time. The real challenge is to make the performance look natural and justify certain aspects of the characters’ personality and actions even if you don’t believe in them personally. Only then will the audience be convinced. Personally speaking, I love playing characters which have layers and are not binary.”

Her suggestions to those looking to make a career in acting… “Never take anything for granted, be disciplined – especially if you’re an artist. Artists tend to get complacent after a few hits, not realizing this is an ongoing process of hard work and practice. No matter how famous you are, you have to prove yourself everyday and be better than yesterday. I’d also say, learn to take risks (responsibly) and don’t fear failure or rejection, cause those are inevitable. I was never a risk-taker until I gambled my odds and decided to make acting my life! Today I can proudly say it’s the best and bravest decision I’ve ever made. And most importantly, be kind and practice the teachings of Good Thoughts, Good Words an

d Good Deeds. Uplift the spirits of your fellow-mates cause community growth is as important as individual growth. Kindness is everything and I staunchly stand by it.”

Her current aims and future dreams… “Things have really slowed down and taken a toll due to the pandemic – it’s been tough on artists all over the world. Hopefully, the situation will improve soon. However, I’ve been auditioning daily for new projects and am in talks for a few web shows on leading OTT platforms. In the future, I want to do so much! With God’s Grace, hopefully five years from now, I’d like to see myself as one of the leading actors in the industry. I wish to start my own production house and back deserving talent, with content driven scripts. Everyone close to me is aware of my immense love for old people, kids and animals. I dream to make a huge home and medical facility for the abandoned ones. In keeping with my biotech background, I also want to do my bit for the betterment of the ecosystem and environment. But, One Day at a Time I guess!”