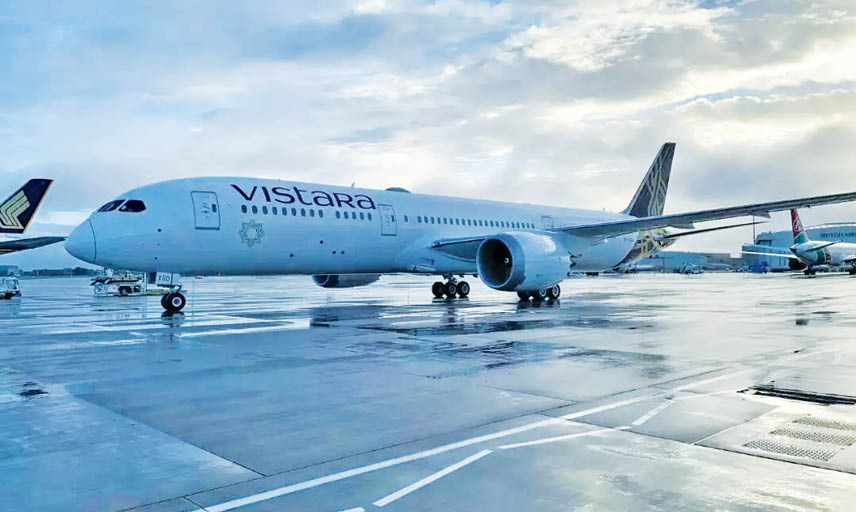 Seventy-two years after JRD Tata was among the 35 who flew Air India‘s first flight to Mumbai in June 1948, another Tata Group airline – Vistara – landed in the British Capital of London, on the morning of 28th August, 2020, making its much-awaited medium haul launch.

Air India was nationalised in 1953 and had operated its first flight to London as a Tata Group airline. Now the Tata joint venture with Singapore, Vistara, that is tipped to be the most likely bidder for Air India, has operated its first Delhi-London flight.

The airline used the Boeing 787 Dreamliner for the flight. It had got first of the two widebody B787s this March but the launch of medium haul international nonstops was delayed by the pandemic. It is now operating Delhi-London under the air bubble India has created with the UK.

“Vistara is operating special, non-stop flights under the bilateral ‘transport bubble’ from 28th August to 24th October, 2020, and will fly thrice a week between the two cities,” the airline said in a statement.

Vistara’s CEO, Leslie Thng said, “Though not regular scheduled flights, we are excited about starting operations to our first long-haul destination. This, in many ways, marks the beginning of a new phase of growth in the global skies for Vistara.”