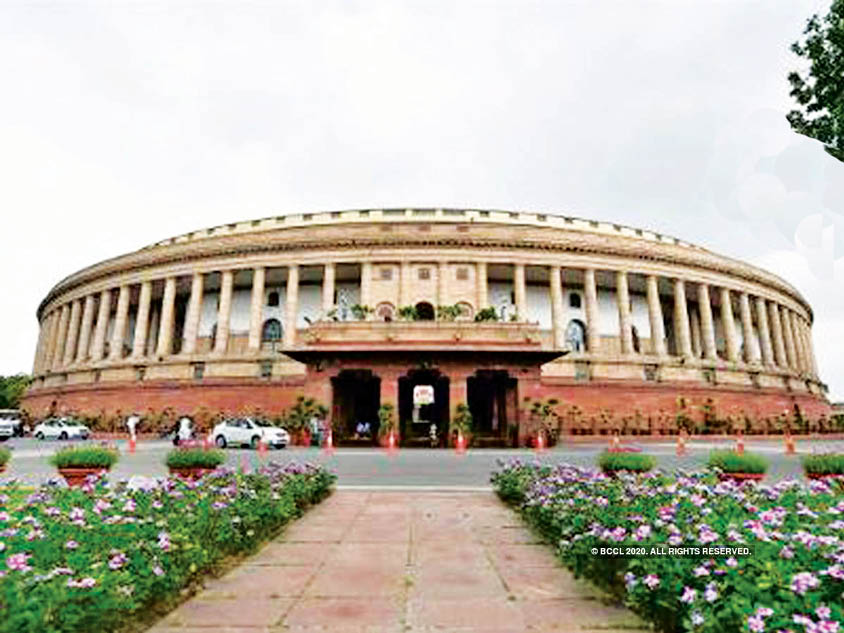 On 16th September, 2020, Tata Projects Limited won the bid to construct the new Parliament building – a part of the Central Vista Redevelopment Project, in the nation’s capital. It will be constructed at a cost of ₹ 861.90 crore, as per officials. The Tatas beat Larsen and Toubro, who had submitted a bid of ₹ 865 crore. The Central Public Works Department had estimated a cost of ₹ 940 crore.

According to the original plan, the new building was to be ready by 2022, to coincide with 75 years of Independence. The construction is expected to take around 21 months. It will be designed as a triangle and built close to the existing complex, on ‘Plot Number 118’ of the Parliament House Estate. The Central Vista Redevelopment Project (CVRP) envisages a triangular Parliament building, a common central secretariat and revamping of the 3-km-long Rajpath, from Rashtrapati Bhavan to India Gate. The common secretariat will house all 51 ministries in 10 administrative buildings. The project has been justified as a rent-saving measure (Rs. 1,000 crore, according to CPWD) but is more likely a move to rid India’s executive and legislative institutions of their association with colonial rule. The project proposes a new modern Parliament House that can accommodate all 1,224 members of the Lok Sabha and the Rajya Sabha should there be need for a joint session. The present North and South blocks will be converted into museums.

The current parliament building, built during the British era, is circular and is one of India’s most acclaimed monuments. It will be used for other purposes after it is repaired and renovated; its construction began in 1921 and was completed six years later. Two floors were added in 1956 to accommodate the increasing need for space. Earlier this year, the government had justified its decision to build a new parliament building saying the current structure was “showing signs of distress and over-use”.