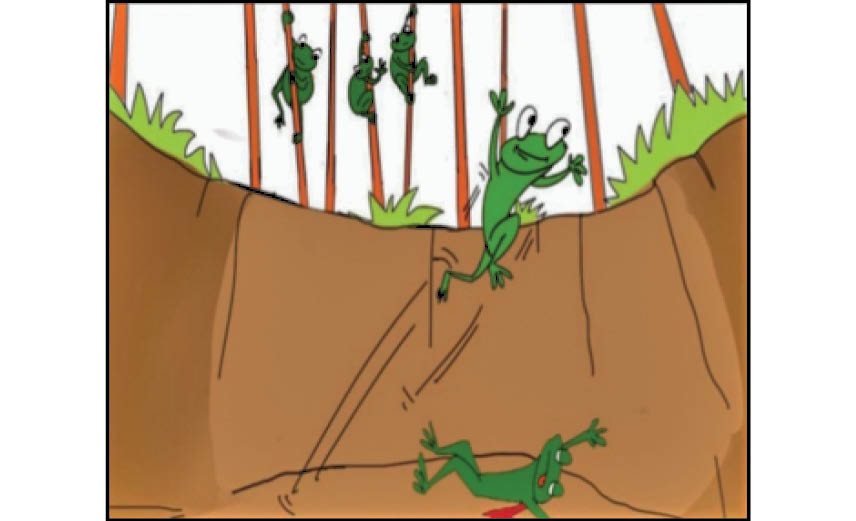 Parsi Times presents our readers ‘The Zen Series’ by PT Columnist, Kashmira Shaw Raj – a professional Taichi and Qigong practitioner and teacher, as also a sought-after clinical psychologist and healer. These Zen stories will resonate with you and help you connect within, at a deeper, inner level to encourage and empower you to reflect. These make for good reading across people of all ages and speak to the reader at several levels. If you’re looking to bring about a positive change in yourself, ‘The Zen Series’ will inspire, motivate and facilitate you in realizing truths about yourself and life, to ultimately set you on the path of growth, wisdom and happiness.

In this tenth part of ‘The Zen Series’, the short story about staying true to one’s own sense of resilience leaves much food for thought!

A group of frogs were traveling through the woods, when two of them fell into a deep pit. All the other frogs gathered around the pit. When they saw how deep it was, they told the two frogs that they were as good as dead.

But, the two frogs ignored the comments and tried to jump up out of the pit with all their might. The other frogs kept telling them to stop, that they were as good as dead.

Finally, one of the frogs took heed to what the other frogs were saying and gave up. She fell down and died. The other frog continued to jump as hard as she could. Once again, the crowd of frogs yelled at her to stop the pain and just die. She began jumping even harder and finally made it out!

When she got out, the other frogs said, “Did you not hear us?” The frog explained to them that she was hard of hearing – she thought they were encouraging her to jump out of the hole the entire time!

This powerful story throws light on the importance of motivation and self-belief. In order to achieve anything in life, motivation is a must. Without it, there is nothing to look forward to, making for a dull and boring existence. Motivation is so empowering it can lead to your performing ‘miracles’- or those things touted by all around you as ‘impossible’.

Yes, motivation makes the impossible, possible… acting as the fourth wind beneath a person’s wings. It encourages you to take that extra step, think that extra thought – none of which may have been thought of or acted upon, earlier.

Motivation can be external or internal. External motivation helps many people achieve things they thought were beyond them. Talking to people, listening to inspirational stories, listening to others’ experiences… all throw light on how people have not given up and gone on to achieve their goals, no matter what.

External Motivation provides encouragement and that little push, which lacks within. It kicks in the emotional support in the knowledge that others, who are or have been in similar situations, have sailed through. It brings in positivity and births a renewed sense of hope, even when you feel there is none. It cuts across all barriers and reaches out even to strangers, binding people and bringing them closer, no matter where they may be.

Internal Motivation, on the other hand, builds great inner tenacity and mental strength. The ability to be motivated by one’s own self constantly, no matter what, is a great quality to have, especially when external support is scarce. Self-motivation nurtures a strong resolve to get things done, no matter what. Such a sense of inner reliance and sustenance clearly shows that beyond a point, it is the self which is the best motivator. This sense of inner responsibility to self, that one has to do the task no matter what, calls for great perseverance and grit; it bolsters your sense of security and empowers you to turn a deaf ear to the world and continue doing what you want, without being influenced by nay-sayers.

It is interesting to see how the response and reactions of others can affect some so deeply, even make or break them… just like the first frog who gave up because the others convinced her that she would fail. It is difficult to remain unbiased even when we are motivating others. Our personal experiences tend to creep in when we are trying to advise or motivate others. Depending on our expectations of self, we tend to decide whether this is doable or not. Take the example of the other frogs – they thought that the two frogs would not be able to make it, based on their own opinions and expectations. The frog who could hear, believed them and gave up trying, when there are good chances that it could have come out, just like the second frog, who believed she was being encouraged.

When we are in a position to motivate others, it is not up to us to decide for others – our job is only to motivate. It is up to the receiver to give up or not. We cannot try to do write other people’s stories or destinies. Motivation should always be positive. If external motivation is attempting to dissuade, in the name of care, understanding and good advice, it is better to be self-motivated. Create your own limits and boundaries, if you have to, rather than letting others decide where your lines should be drawn! 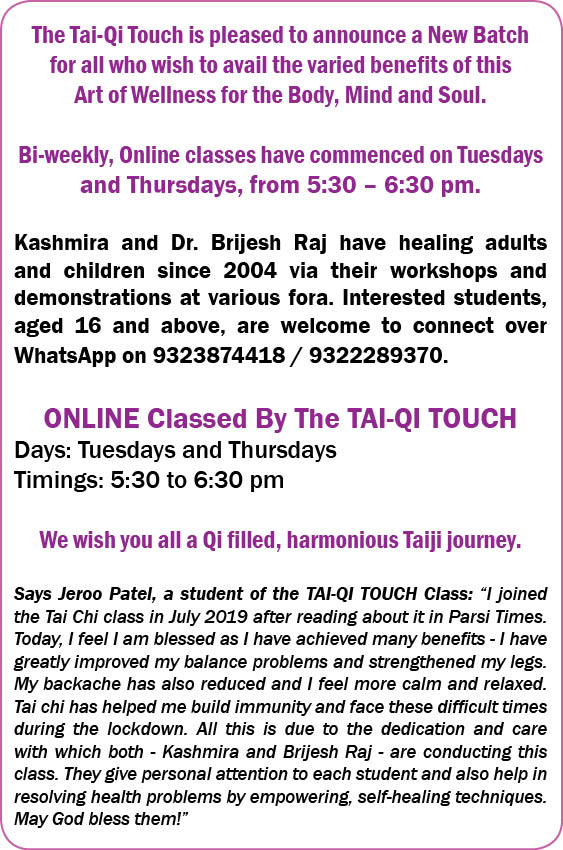 12th September 2020, By Kashmira Shaw Raj, Create your own limits and boundaries, Mumbai, News, Parsi New Year 2020, Parsi Times, The Frog That Made It, The Zen Series, Volume 10-Issue 22, Zoroastrians