On 16th October, 2020, Ex-BPP Chairman – Dinshaw Mehta was finally Chargesheeted and made bail, before Additional 38th Chief Metropolitan Magistrate at Ballard Pier, under Shri I R Shaikh, on charges of ‘Breach of Trust’ and ‘Cheating’.

Community members will recall this much discussed and much debated issue involving the cash payment in a property deal in an office in Dady House, which was allegedly taken by Dinshaw Mehta, when he was the BPP Chairman, and against which, a complaint was filed by his erstwhile colleague trustees.

In 2013, a property deal was struck, in which Dinshaw Mehta, as alleged by his colleague trustees, had misappropriated Rs. 25 lakhs in cash from the incoming tenant – which was part of the payment that the Trust should have received.

Historically, Dinshaw Mehta was confronted by his colleagues and things came to a head in the office of the Wadia group. It is said, that all six trustees, including Muncherji Cama and Armaity Tirandaz had signed a complaint against Dinshaw Mehta, addressed to the Economic Offences Wings (EOW).

Dinshaw Mehta had initially, supposedly agreed to resign, but even as the paper-work was being prepared, he left the office of the Wadias, claiming to have developed a chest-pain! Over the next couple of days, Dinshaw Mehta is alleged to have paid the misappropriated cash back to the Dady House tenant and taken cheques in the name of the Punchayet, so as to square off the accounts.

All this was recorded in a final complaint to the Economic Offences Wing, which was signed by four of Mehta’s then colleagues – Yazdi Desai, Khojeste Mistree, Jimmy Mistry and Arnavaz Mistry. 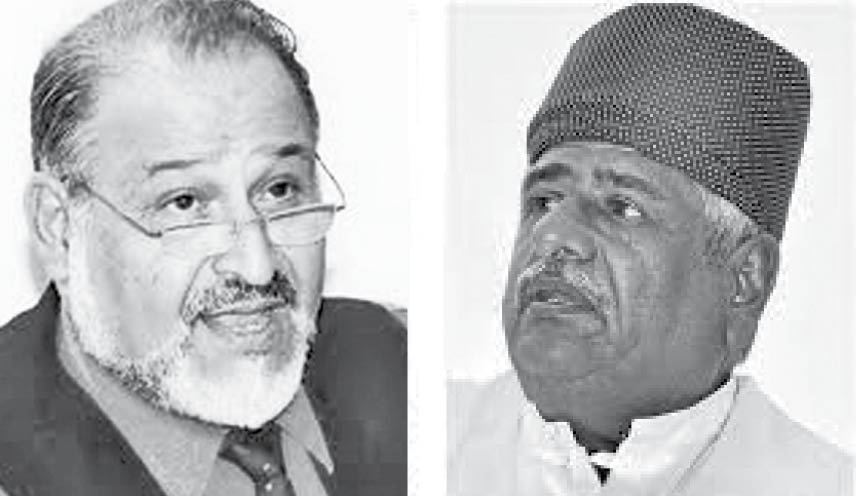 It may be interesting to note here that even as Munchi Cama did not officially withdraw the allegation in the first complaint which he had signed, for reasons unknown to the community – he didn’t sign the second complaint. Again, surprisingly, Armaity Tirandaz also refused to sign the second complaint, claiming that her signature was taken against her wishes, this despite the fact that she had earlier signed the complaint, in the presence of all the other Trustees, as well as Mr. Nusli Wadia and her own son, Darayas Tirandaz.

However, the EOW did not act on the complaint, claiming that not enough facts were found to file an FIR.

Thereafter, for the last few years, the M R A Marg Police had been investigating this complaint, albeit, at a pace which the police are known for, particularly when pressures, counter-pressures, influence and other factors play a role in determining the way forward.

Whereas a copy of the Chargesheet is not yet available, we are informed that a detailed investigation did take place and the evidence was carefully evaluated. PT will share further details with the community, as and when these become available to us.

Some of the people in the know of things informed Parsi Times about the recording of an hour-long meeting that took place at the house of the tenant, which Dinshaw Mehta and Viraf Mehta had visited, to allegedly try and convince the tenant to change his testimony and protect the father-son duo.

This entire recording as well as smaller clips from the recording, have been doing the rounds on WhatsApp over the last few years.

PT has also been further informed, though we would like to wait for the official confirmation, that the forensic testing of this recording has supposedly established that the voices have allegedly been identified.

As per the affidavit of the tenant Musharraf, with regard to the purchase of the office, he had delivered the cash to Mehli Colah’s house. This was supposedly further substantiated by an affidavit given by Mrs. Anahita Colah (wife of Mehli Colah) who admitted that she received ‘a parcel’ from the gentleman and had given it to her husband, although she didn’t open it to verify its contents.

Over the years, Dinshaw Mehta has been exchanging insults and allegations with BPP Chairman Yazdi Desai, claiming that these monies, and more, were given by him to Yazdi Desai for acts, which involved bribery in high places. We are also informed that the audio recording that was investigated clearly establishes this fact.

For the last many years, Dinshaw Mehta has been publicly boasting and gloating about the fact that the FIR did not become a Chargesheet mainly because there was no proof against him. In addition, whenever the opportunity arose, Dinsaw Mehta blamed Yazdi Desai and his wife Anahita, for taking jewellery and cash from him and his wife, to carry out the unbelievable alleged act of bribery.

Finally, after many years, justice appears to have been done and the case is finally in court. But, given our legal system, it may languish for many more years, before the judgment is delivered.

Shameful transgressions like these by a few, besmirch the reputation of the entire Parsi community, doing it humongous damage by taking away from our esteemed standing as an honourable, upright and principled community, known for its integrity. At various points in time, a number of mainline newspapers have also covered this sorry saga, showing the entire community in a poor light to the nation and the world at large.

Now that Dinshaw Mehta has been chargesheeted and has made bail, once again, the issue will most probably be covered in the mainline media. What will resurface are the audio recordings of the Ex-BPP Chairman, and with it the counter allegations, dragging into the filth, our present BPP Trustees, their family members, etc.; and the community, as a whole, will yet again, hang its head in shame.

We are quite certain that there will be various twisted explanations, manipulated facts that will start doing the rounds through newsletters, Whatsapp messages and social media posts.

In fact, it would not surprising if PT were not attacked for bringing breaking this news before the community reality. All we would like to remind those who wish to attack us that that would be akin to shooting the messenger. PT is simply doing its job as a publication committed to the truth.