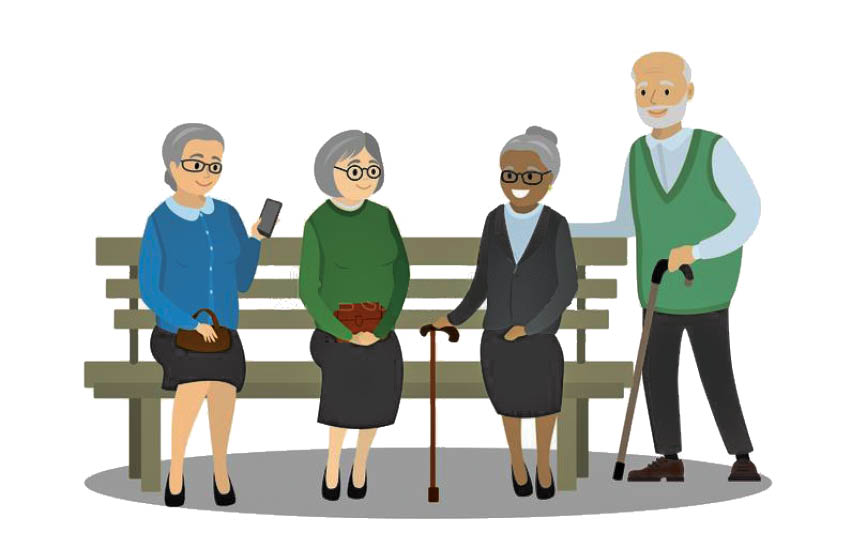 One evening, the Mandli met at Cusrow Baug on the benches opposite the Agiary. Being good citizens, everyone had worn masks, kept social distance and sat after greeting each other with, “Namestey! Hum sub kuch samajhtey!”

Meherbai: Today, we relate jokes – funny episodes from your lives. What actually happened to you – not a third person Sardarji jokes! So, who’s first?

Henpecked Hormusji: I am first! Once my wife Farida asked me – darling, am I fat?  Knowing that I’ve to spend the rest of my life with her, I replied, Arrey! Nahi re nahi! You are slim and trim like Kakrina-Cake, Salman’s girlfriend. But Farida the buffalo said, ‘Darling, I’m hungry, carry me to the fridge!’ Being a genius and anticipating such requests, I had bought a mini-fridge on wheels which I promptly brought to her, filled with ham, bacon, salami, chocolates, sandwiches, cakes and a dozen cold-drinks! Nakhhod gayi – she emptied it all while watching that Nagin serial on TV!

Bookworm Behroze: My husband, Abhan Adiba, always makes ‘gotalas’ and ‘chhabardas’. Once he was talking of his cousin who was born in America. “Which part?” asked his friends. ‘All of him was born in America’, said Adi. At another party, we were introduced to the twins and Adi did kanasori – ‘Where were you born? One twin answered ‘Delhi’. Adi immediately turned to the other twin, asking, ‘And you?’ Marerey! Adi ni akkal! 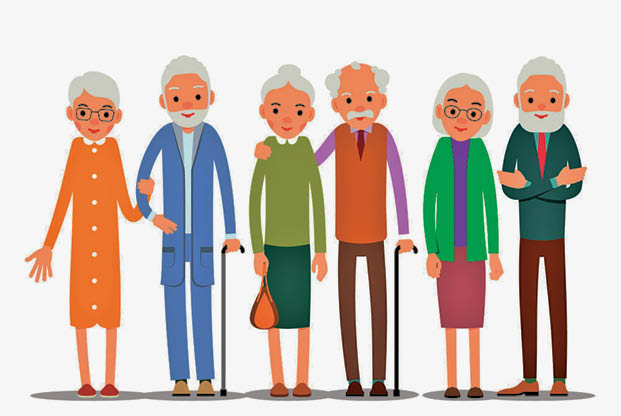 ‘That’s nothing!’ said Pilamai’s husband. We bought a radio in the beginning of our marriage, since Pila insisted – Radio apav! Radio apav’! It was an expensive, made in Japan! But Pila wanted to return it saying, ‘Pelo salesman cheater-cock chey! It says on the radio, ‘Made in Japan’ but when I switched it on, I just heard ‘This is All India Radio’!!! Go return it! Salesman na matha ma mari avo evo sufyano radio!

Freny Fatakri: My husband, Minoo Moron read a news-item in a paper – ‘Man Can Live On Mars’ – so for a week, he ate only MARS chocolate and nothing else and fell into a diabetic coma-like sleep! Sapat sughari sughari ney jem tem revive kidho!

Themi Trim-Taraak: Last year we visited Egypt, the guide took us on a conducted tour of the Pyramids and later showed us some mummies at the Museum. My stupid Soli asked, ‘Only mummies? No daddies?’ It was so embarrassing!

Coomamai: Don’t talk of embarrassment! My Dorabji ‘dancing-feet’ got drunk at last year’s New Year’s Ball at our club and made a lungi out of the table-cloth, singing ‘Lungi-Dance-Lungi-Dance’ while the band was playing the Vienese Waltz! All the couples froze on the dance floor and made a circle round him. As if that was not enough, he shouted to the Orchestra, I am ‘Zorba the Greek’, play my signature tune.

Then Zorba fell flat on his nose and broke his hip! He had a hip-replacement and that’s the last dance he is ever likely to go to!!

Pilamai: Last year, my Baji Bun-pao and I were at an International spiritual conference when we were introduced to a Jewish Rabi. My Baji, just to act funny, greeted him with, ‘Hello Fiddler On The Roof!?’ I pretended I was not with him!

Gooli Gol-Gol:  When I was 55 and decided to ‘settle down’, I met an eligible ‘boy’ of 65  through Koomi Kaajwali. A meeting was arranged for us to ‘see’ each other and since he didn’t know much English, I said, ‘Thanks – I think I’ll call it a day’. He replied, ‘Of course, we’ll marry only during the day.’ I said, ‘See you someday and he promptly asked me, ‘Which Sunday?’ So, I said. ‘Sorry, come again?’ To which he said, ‘When come? Tomorrow? But we talk of ‘Lagan’ now!’ Frightened, I said, ‘Lagan? Not at present!’ Again he jumped up saying, ‘Present be apavas – bolo, su gamse?’ It was getting hilarious! Even as Koomi aunty  came and asked, ‘Dutta, Dutti pasand chey??’, I scooted off, rejecting him outright – after all, I was only 55 – lots of time for marriage!

Bomi Brun-Pao: Arrey! Koomi Kajwali had shown me a girl for marriage saying, ‘Gulab jevi chey!’ She turned out to be an old hag with white hair, dentures and a moustache thicker than mine! Koomi aunty got offended and asked me, ‘So what if the gulab jevi dutti has a muchchi – she can always shave! I explained that ‘gulab karmai gayelu chey’ and ran away!

Aspi Aspro:  Koomi aunty introduced me to Sexy Silloo and when I saw her for the first time, she was so quiet! Wouldn’t speak a word! I’d say, ‘Kai bolo! Mohnu kholo!’ But she was choop-chap and chicken-chap, like Manmohan Singh! But after marriage, she hasn’t stopped talking since the last 10 years and I get a head-ache and live on ‘Aspro ni goli’. Even friends in my office call me ‘Aspi Aspro’!

Sanaya Singham: I keep my husband under control. If he says anything I don’t want to hear, I shout, ‘Ataa  Majhi  Satakli’ and he satkofies instantly! My maiji has taught me to control him from day one.

Gustad Ghelo-Gaado: I am an eligible ‘boy’ of only 70 but still that ‘pavli-cum’ Koomi aunty has not showed me a single girl of my liking – ‘patli-soti-jevi, ek-billas-ni-kammar and kumri’.

Pastailo Pesi Papaoo: Arrey, I’m married for 40 years and my wife treats me like trash, always dominating me – so yesterday, I went to a Babaji to ask for a ‘Taaviz’ to bring my ‘kit-pit’  Kety under control. Babaji said to me, ‘Beta, if I had such a Taaviz, I wouldn’t have become a ‘Babaji’. I would have stayed at home with my wife!’

On that note, the Mandli dispersed after a safe ‘Namestay’ instead of the usual ‘kisi-koti’!