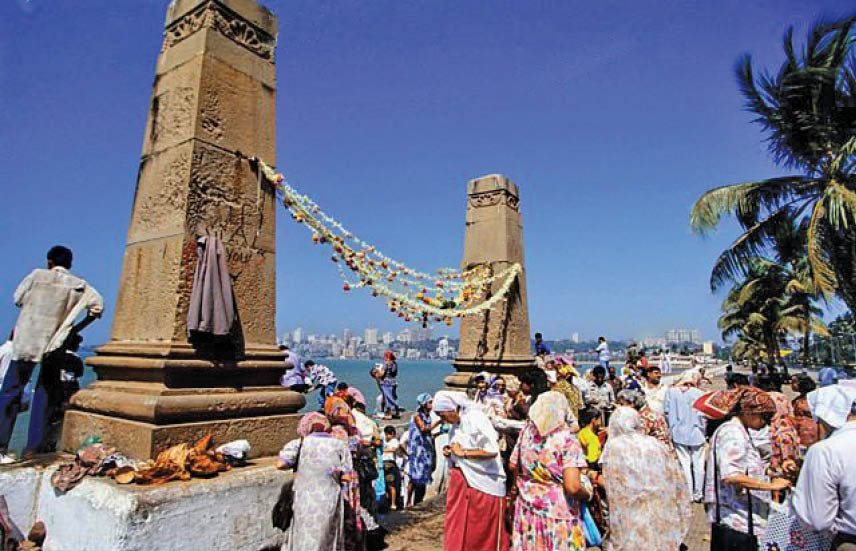 As per news reports, Mumbai’s civic body, the Brihanmumbai Municipal Corporation (BMC) has decided to finalize a design to conserve the Parsi Gate at Marine Drive. BMC has also submitted the proposal to the Bombay Parsi Panchayat for approval with two viable options – to either relocate the monument towards the south side (near Al-Sabah Court building) of the Marine Drive stretch, or to shift it temporarily for two years till the completion of the Mumbai Coastal Road tunnelling work and later reinstall it at its existing location, opposite Taraporewala Aquarium, but over 20m towards the sea as the existing promenade will be taken over for the tunnelling work, as per reports.

A large number of community members had earlier initiated an online campaign protesting the same, with the petition requesting Maharashtra’s CM, Uddhav Thackeray, into rethinking the Mumbai Coastal Road Project and planning it differently. It has stressed that the CM conserve the Parsi Gate at the same location with access to the sea for our prayers and worship.

The BPP Trustees are yet to come to a unified conclusion over the issue. Earlier, the BMC had sent a reminder to the BPP stating that it was ready start the relocation process of the Parsi Gate to either of the two locations (stated in the proposal) and that non-receipt of a consent letter on time would not only delay relocation-reinstatement work, but also the completion of the coastal road work.

Built in 1915, the Parsi Gate is carved with Zoroastrian motifs and made of Malad stone with steps between them to access the beach, called ‘Chotta Chowpatty’.