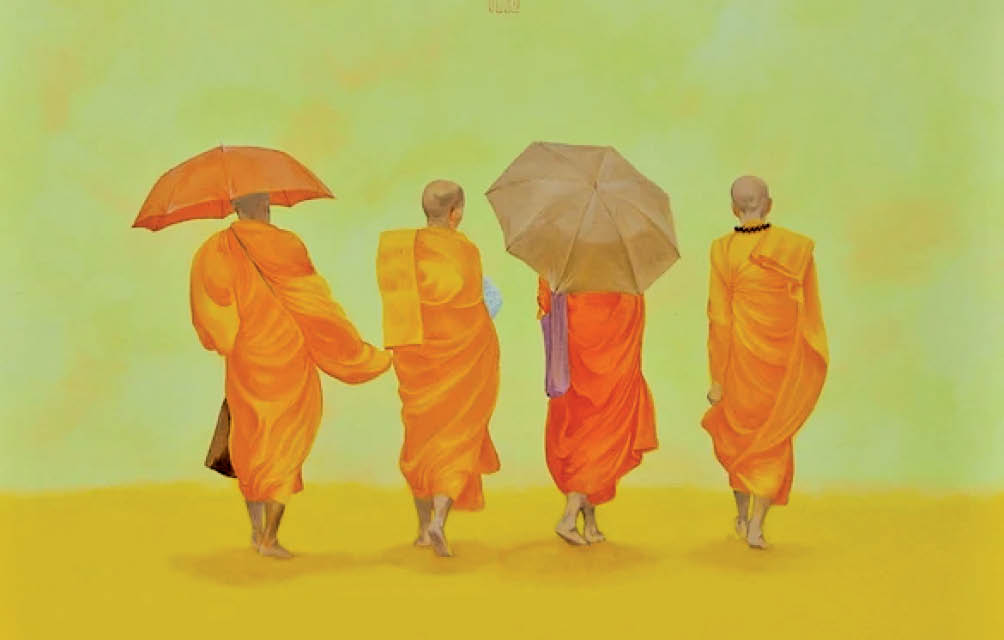 Parsi Times presents our readers ‘The Zen Series’ by PT Columnist, Kashmira Shaw Raj – a professional Taichi and Qigong practitioner and teacher, as also a sought-after clinical psychologist and healer. These Zen stories will resonate with you and help you connect within, at a deeper, inner level to encourage and empower you to reflect. These make for good reading across people of all ages and speak to the reader at several levels. If you’re looking to bring about a positive change in yourself, ‘The Zen Series’ will inspire, motivate and facilitate you in realizing truths about yourself and life, to ultimately set you on the path of growth, wisdom and happiness.

In this twelfth part of ‘The Zen Series’, the short story, ‘The Four Candles’ throws much light on that which needs to be deeply understood!

Four monks decided to meditate silently, without speaking for two weeks. They lit a candle as a symbol of their practice and began. By nightfall on the first day, the candle flickered and then went out.

The second monk said: “We’re not supposed to talk!”

The third monk said: “Why must you two break the silence?”

The fourth monk laughed and said: “Ha! I’m the only one who didn’t speak.”

How many times have you noticed, how sometimes, we end up doing exactly what we advise others not to! This may stem from us thinking that we are better, more competent or knowledgeable than others. Confidence is good, but being over-confident can lead to errors in judgement. Giving advice and showing others the path is great, provided we walk it ourselves.

It should not matter to us whether the person takes our advice or not. When we actually want others to heed our advice and they don’t, we often feel it has been a waste of time and feel affronted, vowing that we will never waste our breath again. We forget that that decision is not ours to make. Your choice was to give the advice. It is up to the other to accept or reject it.

When there is ego that comes into play, there is unhealthy competition and that rarely works. Wanting to be the best is great but if it’s at the cost of others, no matter what, we may need a rethink. Each monk in the story thought he was better than the other. And therefore, they all let go of the path they needed to adhere to and lose sight of their goal. The purpose of the entire practice was lost. Rather than focus on what they were meant to do, they shifted focus on to what the others were doing and how to correct them.

Understanding And Implementing What Really Matters:

Even when the first monk blurted out that the candle had gone off, had the others kept their council, maybe he would have also quietened down. Sometimes, being silent is the best solution, especially when you know a conversation may get escalated unnecessarily. It is easy to misunderstand, get angry and irritated or try to prove oneself right.

Does it really matter? Will it make any difference to your life and environment if someone around thinks he knows better but in reality, doesn’t? Calm down because sooner or later, he will be found out. It’s just a matter of time. Here are three important considerations to be practiced at all times:

This story also tells us that no one is perfect. Rather than chasing perfection, just try to understand and go with the essence of what it is that you are doing. That will make you successful in everything you do. After all, it is all within, not outside!


Kashmira Shaw Raj is a professional Taichi and Qigong practitioner and teacher. Also, a successful clinical psychologist, psychic and healer, Kashmira runs ‘The Tai-Qi Touch’ with her husband, Dr. Brijesh Raj, a healer and a Vet. Taichi practitioners for over fourteen years now, they are instructors in Sifu Carlton Hill’s Tao Taichi Qi Gong organization, and Shibashi Instructors under Sifu Wing Cheung from the Feng Shui and Taichi Institute, Hongkong & Canada.