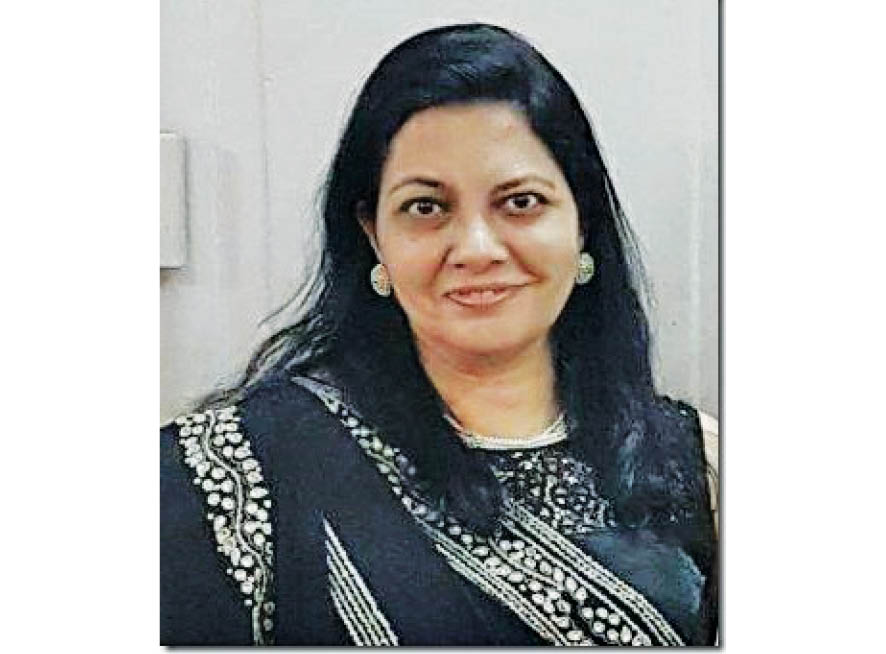 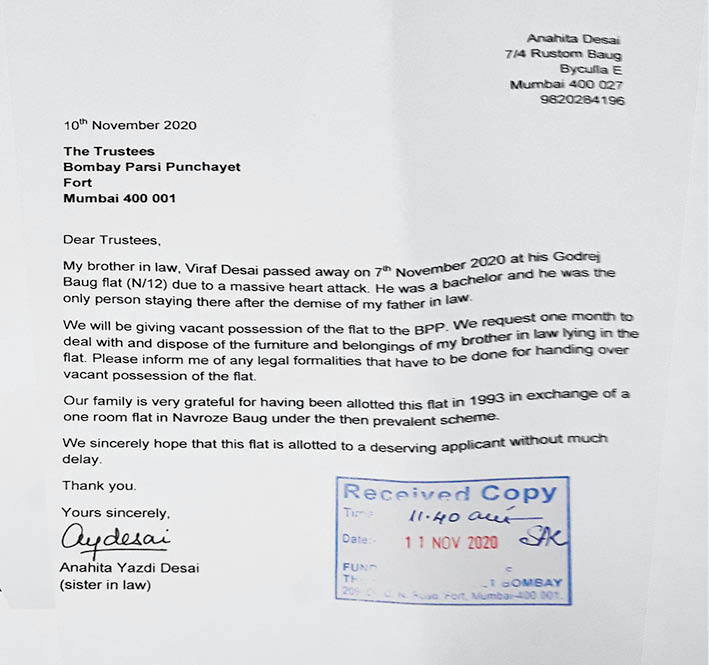 For over two decades now, her track record of serving the community has been exceptional. Her dedication and commitment to the community has been unquestionable, her passion for community service is unlimited as is her compassion for our less fortunate community members. In addition to being the CEO of WAPIZ, Anahita Desai has worked in an honorary capacity not only for the BPP and its many projects but has also coordinated and worked silently for the Federation of Parsi Zoroastrian Anjumans of India. Even in her personal capacity, she has served, helped and financially supported innumerable community organisations and individuals, who know her to be a hands-on community problem solver.

2020 brought with it more than its fair share of challenges for Anahita Desai, and even as she takes on these challenges head-on, she continues to serve the community with honesty, integrity and wholehearted dedication

She raised the bar further, recently, when she promptly returned a Trust flat to the BPP, on the passing of her brother-in-law, who used to live by himself. At a time when a number of community members have chosen to literally and selfishly hoard empty flats for themselves and their family members, Anahita and Yazdi Desai decided to set the perfect precedent by rightfully returning to the Trust, the accommodation, which was built for and meant for Parsis in genuine need of housing. It is unfortunately a common trait to see some community members using these Trust flats as ‘Holiday Homes’ or then using these as a way of earning additional income by putting their own ‘ownership flats’ on rent and unfairly living in Baug flats, there by depriving a number of deserving Parsis who are well and truly in need of Trust housing.

PT: The year 2020 has proven to one big challenge to the world. Before all else, could you share a few words about the recovery of our BPP Chairman, Yazdi Desai?

Anahita Desai: Yazdi is improving but recovery is taking more time than anticipated. Largely I think it is due to the fact that we were without any therapy for four months due to the pandemic and lockdown.

PT: Through these difficult times, what is it that keeps you going and continuing to perform your untiring community services for the less privileged?

Anahita Desai: Initially I was devastated by what had happened to Yazdi. I was an emotional mess in the initial few weeks, and was feeling overwhelmed by the double whammy – the lockdown and Yazdi’s stroke. Due to my extremely stressed state of mind, I was unable to extend help to others as much as I’d have otherwise. But a couple of months later, I realized that I had to get back to the routine of my earlier life, in the context of the new normal. Helping others someone is so fulfilling and it filled me with a sense of gratitude. When you become aware of the pitiable plight that some of our Parsis are going through, your own pains and challenges are put into perspective. Helping others going through a crisis bigger than your own is a grounding factor.

PT: Over the past week, one of the main topics creating a huge buzz of great appreciation and respect on social media, amongst our community members, has been your returning the BPP flat back to the Trust, after the demise of your brother-in-law. What made you decide to immediately return the flat?

Anahita Desai: The fact that it is the right thing to do. What good would it do to hold on to a flat which we would invariably keep locked and unused? Why delay doing what needs to be done? We are acutely aware of the long list of families and newlywed couples waiting for a home to start their lives.

PT: You are known for your complete hands-on involvement in innumerable forms of community services and causes. Could you share the need for people to return empty flats that they keep locked while living out of the country or then those who have houses outside but still continue to use the housing facility so that they can earn income from their own houses that they rent out.

Anahita Desai: Ours is the only community that provides free housing to its community members. I think it is utterly shameful and selfish when people settled abroad choose to hang on to their Trust flats, keeping them locked for years and just use it as holiday homes. Sadly, many community members live with a false sense of entitlement believing that it is their birth-right to hold on to their Charity flats, even when they have great alternate residences in Mumbai or for that matter multiple flats in colonies too.

Anahita Desai: The demand for flats is far more than the supply. There are newly-weds who are staying apart for months, sometimes years till they are allotted a flat. Others stay in very high-cost Leave and License flats till they are allotted a BPP flat. Some couples have separated because of lack of housing or staying in congested houses with no privacy. Though the BPP has very many lone residents living in flats in its colonies and Baugs, when that lone resident expires, usually some ‘relative’ suddenly descends upon the flat to claim it! Rarely is vacant possession given back to the Trust for allotment to a deserving applicant. The BPP is sometimes viewed as heartless, as when a lone resident expires, it immediately puts a lock on the door. But what other way is there to protect the flat from being grabbed by selfish persons who have no need for the flat?

Anahita Desai: I would like to request people who have more than one flat in colonies and also people who keep their flats locked for years on end, to please think of persons and families who are waiting for many years to be allotted a flat and are continuing to live in dilapidated buildings, in utterly congested homes, or in chawls with shared toilets, couples living apart, families living in distant suburbs on leave and license, with no access to our community’s medical facilities… Maybe then we will realize how, by giving up a flat you no longer need or are keeping locked, you would be helping a family be happy.