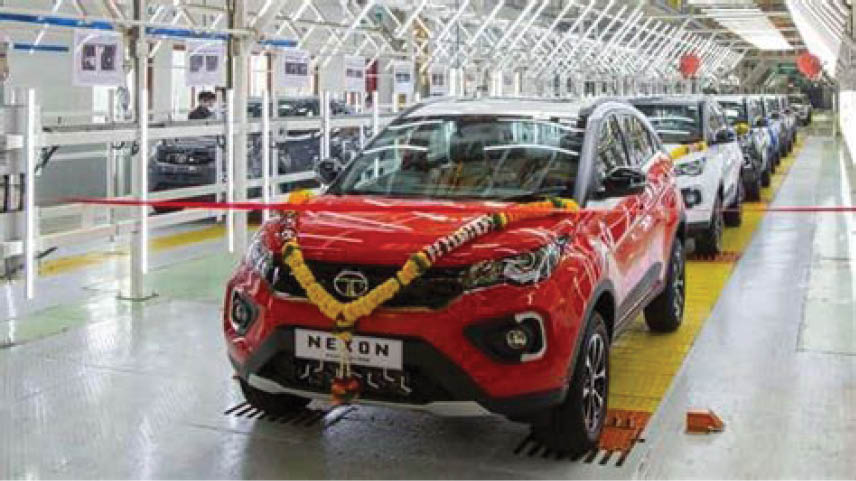 On 19th November, 2020, Tata Motors announced achieving the milestone of four million passenger vehicles on Indian roads and showcased a journey through the past decades in a special video narrated by Bollywood actor, Anupam Kher. The video takes viewers back to 1945 when the company was established and through the next several decades that has seen Tata Motors emerging as a key player despite several local and international rivals to compete against.

Underlining the assertion that it has one of the safest and youngest product portfolios in the country, Tata Motors highlights its current range of cars – Tiago, Tigor, Nexon, Altroz and Harrier. “As one of India’s foremost home-grown automotive brands, we are delighted to have reached this significant milestone for our passenger vehicles segment,” said Vivek Srivatsa, Head Marketing, Passenger Vehicle Business Unit (PVBU), Tata Motors. “This film is a testament to not only our evolutionary growth over the last 30 years but also the growth that India has seen as a nation through this period.”

Tata Motors recently took the third spot in the passenger vehicle segment and is currently behind Maruti Suzuki and Hyundai, and fending off a spirited fight from Kia Motors. The homegrown company has managed to find many takers for Altroz, its latest offering in the market, while also crossing the highest ever sales mark for the Nexon. While Nexon has hit the 1.5 lakh mark, Tiago has achieved 3 lakh target. Harrier has also found many takers, despite its initial hiccups.

What has also helped Tata Motors’ cause is that its cars have been faring well in Global NCAP tests. Nexon and Altroz secured five stars while Tiago and Tigor received four stars in their respective tests. Another aspect where Tata Motors claims to be working is in providing a robust post-sales service network and outreach program.