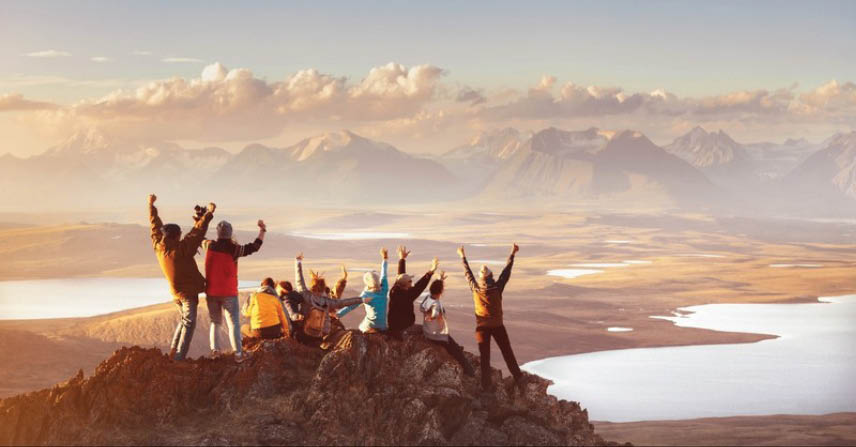 Carpe Diem! Gosh, how often have you heard this catchphrase? How many times have you spotted it on graffiti-displayed walls? Billboards carry it, encouraging messages play it, advertisements promote it, and products 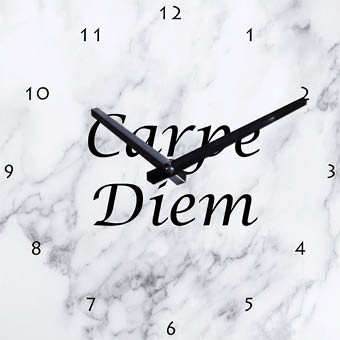 sell it! Probably the most inked-tattooed line in history and the start and end to most motivational talks and speeches, ‘Carpe Diem’, meaning ‘seize the day’, is one of the most powerful philosophical ideals to have emerged in Western history.

First uttered by the Roman poet, Horace, over two thousand years ago, Carpe Diem is a Latin aphorism and retains an extraordinary resonance even today. The full phrase, as used by Horace, “Carpe diem, uan minimum credula postero,” literally means, ‘pluck the day, trusting as little as possible in the future’.  In its totality, a bit disheartening – probably not the message you want to imbibe or exude. But the injunction ‘Carpe Diem’, suits us just fine! Carpe Diem is a horticultural metaphor that, seen in the context of the poem, is more accurately translated as ‘plucking the day’ – the gathering of ripened fruits and flowers, generally implying enjoying a moment rooted in the sensory experience of nature. But let’s not be persnickety here… mistranslated metaphors from one language to another is all acceptable, if, in the process, it reveals our hidden assumptions about what we really value.

This sentiment has been expressed in many literatures before and after Horace. It appears in ancient Greek literature, especially lyric poetry, and it intersects with the teachings of the Greek philosopher – Epicurus and what would become to be known as Epicureanism, as Epicureans did not believe in the afterlife or anything supernatural. Life, Epicureans believe, is the ‘here and now’. There are no heavenly rewards and no punishments for the damned. They considered pleasure to be the greatest good and the state we should constantly seek. In modern terminology, Epicureans were basically ‘tripping’ on this Carpe Diem stuff in a big way!

In English literature it was a preoccupation with, poets especially during the 16th and 17th centuries. Among the cavalier poets, Robert Herrick expressed a sharp sense of ‘carpe diem’ excitement in the first stanza of his poem, ‘To The Virgins, To Make Much Of Time’, where the lines, ‘Gather ye rosebuds while ye may, Old time is still a-flying; and this same flower that smiles today, tomorrow will be dying.’  Andrew Marvell, the prominent Metaphysical poet, deployed the sentiment through a lover’s impatience in ‘To his Coy Mistress’, published posthumously in 1681 . Lord Byron’s use of it in his 1817 work, ‘Letters’, published in 1830 by Thomas Moore, set off its integration into English. Robert Frost took on the subject with his poem, ‘Carpe Diem’, published in 1938, in which children are encouraged by a figure called ‘Age’, to ‘Be happy, happy, happy and seize the day of pleasure’.

By the 21st century, it took on an avalanche effect. Its essence captured philosophers, poets, creative artists, even stay-at-home moms and rebel kids. Effusions of poets, glib tongues of speakers, and minds of mentors’ names of catering companies, gyms, and educational organizations were all ‘Carpe Diem’-ing on this catchphrase. Carpe Diem gained momentous fame in the late 1980s, with the movie, ‘Dead Poets Society’, starring the legendary, late Robin Williams, who played an inspiring English teacher at an all-boys prep school. “Carpe diem. Seize the day, boys. Make your life extraordinary!” quoted Williams’ character, whose purpose in the film was to challenge his students to see the world differently.

The message of Carpe Diem matters more than ever today. With the pandemic scare and the challenging times we have gone through, reconnecting to the wisdom of Carpe Diem in its true sense seems a natural reaction. We have, for an intensely long period, struggled with burnout, work-life imbalance, with not being able to tune off, simply ‘turn off’. In these times the philosophy behind Carpe Diem has truly come to mean much, maybe even the antithesis of what Horace’s words and messages verily meant. But the link doesn’t feel either accidental or strained.

This philosophy calls upon us to truly experience the wonders of experiential living in the short time we have before our time here is done. Now, more than ever, while we are shackled with our electronic gadgets , our devices and electronic calendars, we see the spontaneity which involves throwing plans and rough routines to the wind and becoming more experimental in all the ways were have lived thus far. We want to seize every opportunity in the not so distant future to touch, feel and experience life and people, as it was meant to be… in hardiness of moments lived, feelings felt, all with real time connects, touch, hugs… where every one of our senses is stimulated to experience that kiss of the wind on our cheeks, the rustle of leaves under our feet, that joy of intertwined hands walking together in hearty numbers of friends, all together enjoying an abundance of all kinds of ways, to just seize the day.

Soon, we will be let out of our Pandemic- purported cages to be transported back to the wild. Now is the moment to reflect and embrace what a life inspired by these two words – ‘Carpe Diem’ – really means!