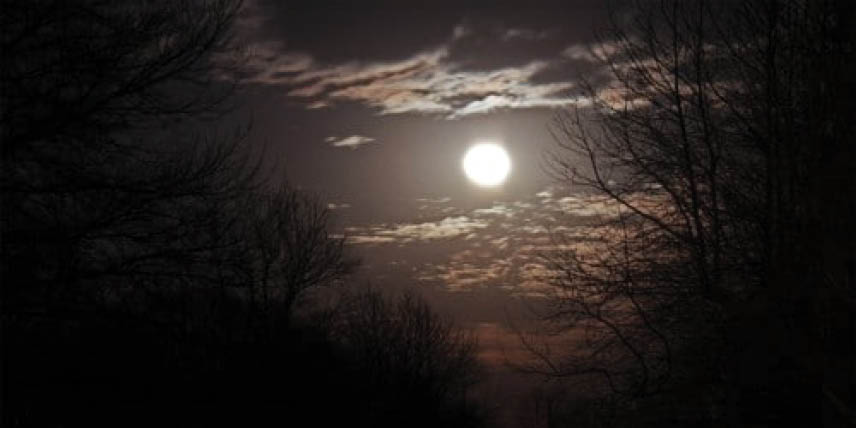 May The Blessings Of The Gentle Beatific Moon Shower Upon Us!


Daisy P. Navdar is a teacher by profession and a firm believer in the efficacy of our Manthravani. She is focused on ensuring that the deep significance of our prayers is realized by our youth. She credits her learnings and insights, shared in her articles, to all Zoroastrian priests and scholars whose efforts have contributed towards providing light and wisdom for all Zarthostis.

I invite you to join me as I journey through the wonderful teachings shared in a Khordeh Avesta, which was printed in 1902 – more than a 100 years ago! Authored by Dinbai Sohrabji Engineer, the teachings, stories and notes in this book speak about the various powers of our prayers, while sharing anecdotes of people who have used these prayers and the tremendous achievements that each has accomplished.

There is something incredibly magical and magnetic about the moon. I have very often been so lost in admiring the moon as I walk on the road that I have tripped over my own legs and fallen. This has never deterred me from soaking in its gentle rays. Every so often, I wake up at night and find the light of the moon streaming in through my window. Many times have I rested my head on that spot on the floor to admire its serene light and fallen asleep under it. It is a very special connection that I feel with this satellite of our planet.

Man has discovered that the magnetic pull of the moon causes the ebb and flow of the tides of the sea. Indian astrology is based on the lunar calendar and the influence of the moon is considered stronger than the sun, due to its proximity to our planet.

Even though we may perceive ourselves as individuals, we are really just tiny particles of a composite universe. This is amply demonstrated by the powers of us reciting our prayers and promptly feeling the benefits of their vibrations. Each of these are related to some or the other aspect of nature or the universe. The ‘Mah Bokhtar Nyaish’ and the ‘Mah Yasht’ are litanies of dedication to the moon.

According to the words in Dinbai’s book that describe the moon, “a beautiful mirror, giver of gentle light, the face of the Divine Cow”.  Like Bahman Ameshaspand, Mah Bokhtar is the creator of the goshpand (cattle). It is also stated that all the Ameshaspands, Mohor Yazad and Mah Bokhtar have the features of a cow. The status of Mah Bokhtar is equal to that of an Ameshaspand, the co-workers of Pak Dadar Ahura Mazda, who are in charge of the seven different realms of existence.

The cyclical waxing and waning of the moon, which spans across fifteen days, is a very special rhythm. We now know that this is related to the shadow of the earth falling on the moon, but the scriptures state that the moon submits the blessings of the earth and the good deeds done by mankind to the Asho Pak Ravan – the departed souls, who are themselves beings of brightness.

During the stage when it is waxing (growing), it bestows the blessings of abundance of livelihood upon all living beings, especially the ones who regularly recite this Nyaish / Yasht. During the night, its gentle light takes on the blessings of the country and during its waxing, submits it to the country. The light of the moon is a gentle and tender light that does not hurt the eye, much like the brilliance of Bahman Ameshaspand, which is gentle upon all living beings.

Just like Vohu Mano, the effect of Mah Bokhtar is also deeply related to the mind. Therefore, it is advised that when you or a loved one is deeply distressed or has a wavering mind, it is very beneficial to recite the Mah Bokhtar Nyaish for such a person. The peace and tranquillity of the moon will permeate the mind, that is the power of this prayer.