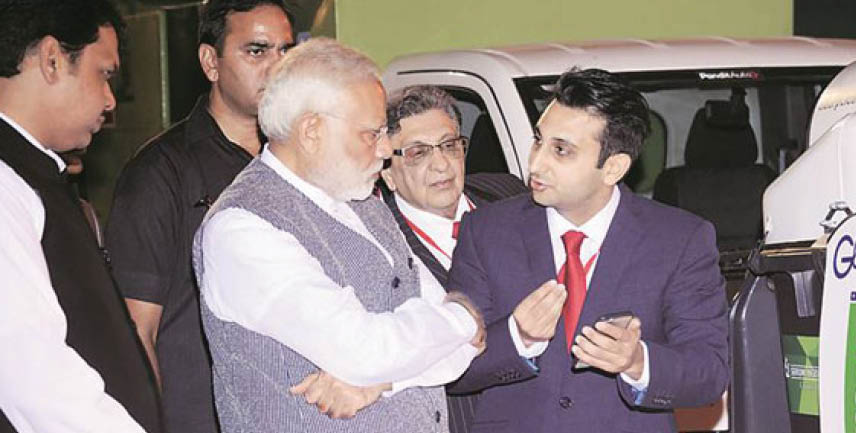 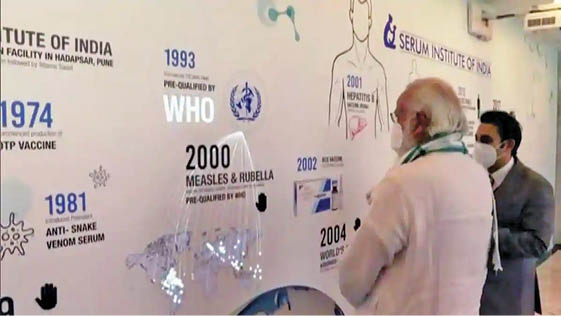 Prime Minister Narendra Modi, who carried out a three-city visit to get a “first-hand perspective of the preparations, challenges and roadmap in India’s endeavour to vaccinate its citizens,” on 28th November, 2020, spent over an hour at Pune’s Serum Institute of India (SII), headed by Dr. Cyrus and Adar Poonawala. SII has partnered with AstraZeneca and University of Oxford to manufacture the Covishield Vaccine and is currently conducting the phase 3 trials of this vaccine candidate.

79-year-old Dr. Cyrus Poonawalla, Chairman of the Poonawalla Group, along with son Adar, the CEO of Serum Institute of India, and his daughter-in-law, Natasha, welcomed the Prime Minister to the Institute. PM Modi interacted with the scientists at SII and visited the vaccine manufacturing facility at Manjari. He interacted with top scientists to better understand how the scale-up is done and the production capacity is, asking after the status of the trial and also inquiring how the government could help in the effort.

Dr. Cyrus Poonawalla, said, “It was an excellent visit. The Prime Minister was highly impressed with the manufacturing facility at Serum Institute and asked us to come out with the vaccine at the earliest,” as per news reports. Adar Poonawalla expressed his admiration for the PM’s comprehension about vaccines, saying, “We have built the largest pandemic-level facility in Pune and a new campus in Manjari. It was also shown to the Prime Minister with a tour around the facility and a lot of detailed discussions… Prime Minister is knowledgeable about vaccines and vaccine production… We were amazed. We discussed in brief the pros and cons of different vaccines that are out there.” 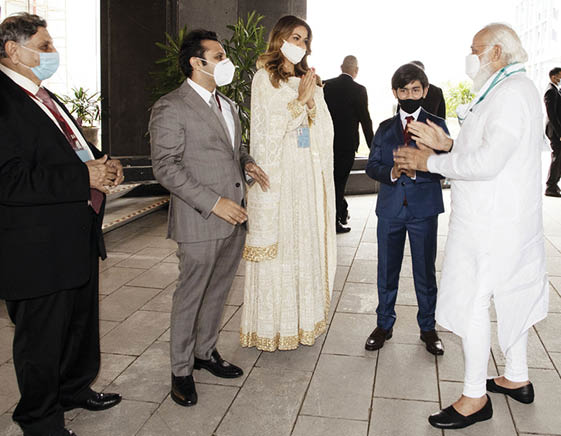 PM Modi later tweeted about his visit to the SII as, “Had a good interaction with the team at Serum Institute of India. They shared details about their progress so far on how they plan to further ramp up vaccine manufacturing. Also took a look at their manufacturing facility.” To which Adar Poonawalla responded with the tweet, “Thank you @narendramodi for visiting @SerumInstIndia. We share your vision and continue to work towards ensuring a safe and secure India.”

Briefly after the PM’s visit, Adar Poonawalla announced that SII would be seeking permission for Emergency Use Authorization of ‘Covishield’ in the next two weeks. He said that SII was focused on supplying vaccines to India first. “It is very important we take care of our country first, then go on to Covax after that and then other bilateral deals with countries. So, I’ve kept it in that priority. As of now, we don’t have anything in writing with the government of India on how many doses they will purchase but the indication is that it would be 300-400 million doses by July 2021. We are manufacturing 50-60 million doses per month. After January it will be 100 million doses. We are in the process of applying in the next two weeks for the emergency use,” he told reporters.

Giving the vaccine candidate a solid vote of confidence, Adar said, “This vaccine is a very good one. What we found with Covishield in its global trial is there were zero hospitalisations, which means even if you do get infected you’re not going to have a severe attack and secondly even those who got the disease were not infecting others. At the moment the trials were more than enough for the efficacy. We might look at doing trials on group less than 18 years of age later on.”