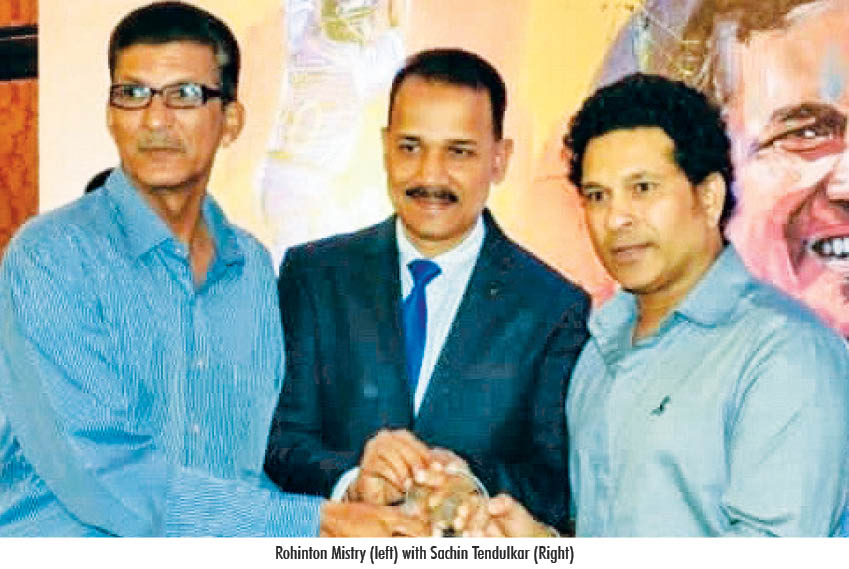 Cricket Umpires hold a special place in our hearts because we know that the game, that the whole nation is irreversibly addicted to, hangs on the words and decisions of its umpires! Needless to say, Cricket Umpires across the world have their fair share of fan following. If you were to spot an ever-smiling and jovial personality with a floppy hat, on the cricket field, handling teams with ease… it would most likely be our very own Rohinton Mistry, the Elite Panel Umpire of the Mumbai Cricket Association (MCA).

The community takes great pride in 59-year-old Rohinton – the only active Parsi umpire in Mumbai’s cricketing arena, for the last two decades now and still going strong, officiating in some of the top-most tournaments! Parsi Times Reporter Binaisha M. Surti brings to you an exclusive feature with Rohinton Mistry where he shares his passion for cricket, his motivations, principals and more… 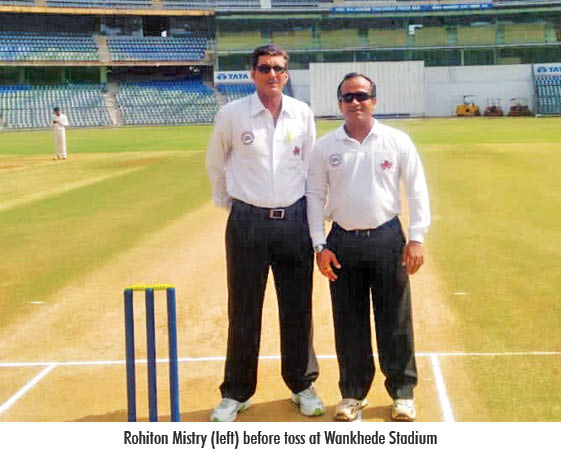 Born in Mumbai, educated in Pune’s JN Petit Technical School, Rohinton Mistry started his career with Larsen and Toubro (Mumbai) as an Engineer from 1980 until his retirement, last year. His love for cricket developed during his school years. “Rather than the bat, I picked up the ball and later realized that I was quick enough to worry most batsmen of my age. I was even the champion of my school in athletics, so it was natural for me to venture into bowling. Further, when I returned to Mumbai, I was introduced to renowned coach Vasant Amladi, who called me for nets at the Hindu Gymkhana and polished my bowling skills,” shares Rohinton. But when he read an newspaper advertisement for a trainee engineer, he had to quit cricket and concentrate on his job.

So, what is it that made his choose Umpiring? Rohinton answers, “My company played amateur cricket, so we’d participate in Times Shield. I started playing for my company. When there were practice matches, I would stand as an umpire. Taking an interest, I applied for Umpiring Classes at MCA and went to Wankhede Stadium, where Madhav Gothoskar, along with Piloo Reporter, were our faculty. I stood second in the written exam while the oral and practical were taken by late Dara Dotiwalla. I was lucky to pass the exams in the first attempt!”

He further adds, “My first ever cricket match as an Umpire was a Giles Shield game at Azad Maidan and I was very excited. One starts off with lower grade matches and is gradually promoted to doing higher level games. MCA was happy with what I was doing and further entrusted me with senior division matches and was given Times Shield B and C division games. In 2005, I was allotted my first Times Shield A Division match at MIG between Railways and Air India. There’s been no looking back since. My passion has kept me going through all these years.”

When asked to choose between Rohinton Mistry the Cricketer or Rohinton Mistry the Umpire, he says, “Definitely Umpire!! I’ve keenly observed how a captain plans a dismissal of a batsman with his bowler. There is a particular plan involved at every step of the game. I’ve officiated in a game where Rohan Gavaskar scored a triple century – I learnt so much while watching these great stars play. Umpiring is all about experience, one has to gain it on field. You have to stand in the sun for long hours, take the good with the bad. You learn when one should talk, when one should refuse a situation and so on. To control the game and the players is the most important aspect of being an umpire.”

Recalling one of his most memorable games as the ‘Salil Ankola Benefit Match’ (2010, DY Patil Stadium), he says, “Suresh Shastri and I were appointed umpires. There were five India captains playing in that match. I was positioned at the bowlers’ end – the non-striker was MS Dhoni, the striker was Sachin Tendulkar, at first slip stood Saurav Ganguly, second slip was Rahul Dravid and the bowler was Anil Kumble! Even Gambhir and Sehwag were playing in that game. It was indeed an honour for me to have umpired that game and meet all of these stalwarts in person!

We further discussed as to what Rohinton does as an umpire to stay on top with his skill sets. He said, “You have to know the Laws of the game in and out. Each and every match teaches us something different. How one walks, talks on field, interacts with cricketers, how to handle big names on field…to judging the pitch conditions whether it is playable on not, one gains all the experience over years. Players will only respect you after knowing that this particular gentleman knows his job very well and is consistent.”

Former international cricket umpires – Piloo Reporter and late Dara Dotiwalla – have been Rohinton’s mentors.  “The former explained the laws very well through his own match situations as an umpire and I am very grateful to both these greats of the game. I’ve learnt to never get carried away or intimidated by big names (cricketers) on field. You have to treat them as professionals, when one of them is batting, he is just another batsman doing what he knows best. One has to silently continue with the job as an umpire!”

Sharing one of his finer moments as an umpire, he says, “It has been an absolute privilege for me to have officiated and been a part of the historic 1886 Trophy tournament at Parsee Gymkhana (PG), where the British faced us Parsis! It’s all thanks to the Vice President and Cricket Secretary of PG and MCA Apex Council Member – Khodadad Yazdegardi – that I could be a part of this grand affair at PG. He is passionate about the game and always comes forward to support and help everyone.”

Signing off, he concludes, “An umpire should do his duty to the best of his ability without any fear or favor. Most importantly whenever in doubt, never give a batsman out – is something I have learnt from Piloo Reporter. One has to have quick reflexes and has to also think on their feet at all times, because we only get a split-second to give our decisions.  When you give your best, nine out of ten times you will always be right!”