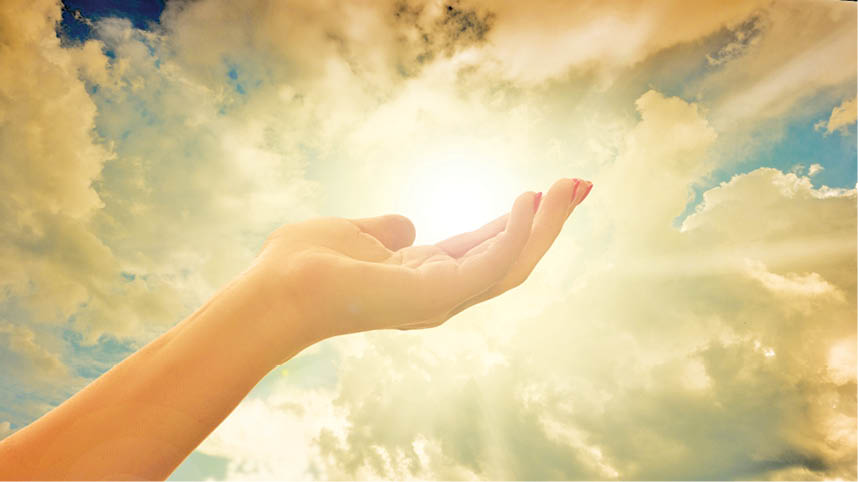 Dr. Danesh D. Chinoy is a leading Health and Wellness Coach, Sports Physiotherapist and Psychologist. He is dedicated to helping all to heal holistically and remain fighting fit for life. Providing eye-opening and ground-breaking insights into Wellness, Dr. Chinoy’s two-decades’ rich expertise has won him innumerable awards, nationally and globally. His mission is to empower you to reach your highest levels of wellness/fitness. You can connect with Dr. Chinoy at: daneshchinoy@gmail.com. 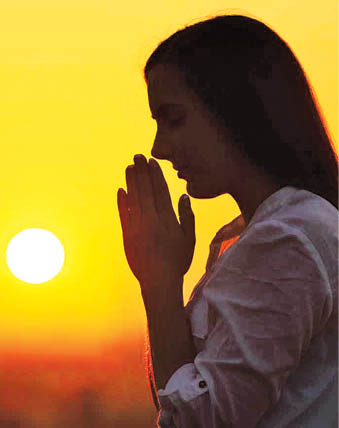 Does prayer have the power to heal? The faithful would certainly want to believe the answer to be a strong yes, whereas those seeking evidence would wonder if it’s an absolute yes, no or somewhere in-between. Today, let me answer this question from the perspective of science and conclusive research studies.

Is it possible? Can one’s prayers help someone – even someone on the other side of the world, needing a medical miracle? Do prayers help people survive and overcome the grimmest of the situations? Do they help ameliorate the stress that may complicate things?  Does one’s own religious beliefs – our personal prayers – have an effect on our physical and emotional well-being? Is there truly a link between us, mere mortals and the Supreme infinite source of Light, as some recent neurological studies seem to have established?

These are some of the questions that an increasing number of scientists, across the world, are attempting to answer through meticulous, scientific studies. Research focusing on the power of prayer in healing has nearly doubled in the past decade. Scientific institutions that would earlier not even review a study with the word prayer in it, are now funding studies based on prayers and its effects on healing etc. All of these studies and reports show a remarkable level of consistency, suggesting the efficacy of prayer and faith in the healing process. There are immeasurable health benefits associated with prayer and spirituality.

Every religion comprises its own prayers and traditional spiritual practices, that the faithful will resort to for its healing qualities. Most Zoroastrians must have witnessed and heard stories of the power of ‘Ardibehest Yasht’ prayer in healing. Prayers involves certain sounds, rhythms, repetitions and meditative practices which invariably evoke a relaxed response that quells stress, quietens the mind and the body, and promotes a natural healing response from within.

Harvard University Scientists have been researching and documenting similar findings for over thirty years now. They have documented, on MRI brain scans, the physical changes that take place in the body when someone prays deeply or meditates. When combined with recent research from the University of Pennsylvania, what emerges is a picture of complex brain activity.

As an individual goes deeper into concentration, intense activity begins taking place in the brain’s parietal lobe circuits – which control a person’s orientation in space and establish distinctions between self and the world. They have documented a ‘quietude’ that then envelops the entire brain. At the same time, the frontal and temporal lobe circuits – which track time and create self-awareness – become disengaged. The mind-body connection dissolves and the limbic system, which is responsible for putting ‘emotional tags’ on that which we consider special, also becomes activated. The limbic system also regulates relaxation, ultimately controlling the autonomic nervous system, heart rate, blood pressure, metabolism, etc.

The result – everything registers as emotionally significant, perhaps responsible for the sense of awe and quiet that many feel. The body becomes more relaxed and physiological activity becomes more evenly regulated. There is a published record that documents nearly 1,200 studies done on the effects of prayer on health. These studies emphasize that religious people tend to live healthier lives. They’re less likely to smoke, drink, or drink and drive. In fact, people who pray tend to get sick less often, as separate studies conducted at Duke, Dartmouth, and Yale universities confirm.

People who are more religious tend to become depressed less often. And when they do get depressed, they recover more quickly from depression. That has consequences for their physical health and the quality of their lives. Studies have very clearly documented that cancer survivors, cardio-vascular accident patients – all do well who have firm religious grounding and belief in the power of prayers and who practice regular prayer.

A study is being conducted by Johns Hopkins University School of Medicine, funded by the NIH, involving eighty women with breast cancer and the study aims to find the connection between prayer and its effect on the healing outcomes.

Having a spiritual view helps people integrate difficult life changes and relieves the stress that goes along with them, it also gives people a more optimistic attitude – gives them hope, a sense of the future, of purpose, of meaning in their lives. All those things get threatened when we go through difficult periods. Unless one has a religious belief system, it’s hard to find purpose and meaning in getting sick and having chronic pain and losing loved ones. It certainly makes a lot of sense for doctors and care givers to encourage patients to pray, to meditate and to seek spiritually; thus, creating a conducive environment for better outcomes from their prescribed course of treatment.

I would not be surprised if in the future we have a branch in medical science that deals with prayer-therapy and other meta-physical aspects of energy as a modality in medicine and healing therapies. I understand there would be many doubting Thomases at this point in time. I am not suggesting prayer to replace standard medical treatment. I am looking at whether in all of the energy and interest we have put into systematic investigation of high-tech medicine, if we have actually missed the boat. Have we ignored the rest of the human being – the need for something more – that could make all the high-tech stuff work even better?

If I were to speak from the Zoroastrian perspective, in the ‘Ardibehest Yasht’, we come across five types of healings which includes healing with herbs or medicine as also healing using surgery, but the most superior form of healing is said to be the healing that happens through ‘Manthravani’ i.e. prayers. An easy practice during sickness on oneself or that of a loved one would be to pray the ‘Ardibehest Yasht’ and its ‘Nirang’ before the household Atash in a state of complete purity, after one has duly completed their ‘Farajiyat’ Prayers. This practice was referred to as the ‘Ardibesht-ni-Pichi’ by our elders.

The important point is to sync the ‘Manthra with the Mithra’ in our prayer.

Do write to me with your experiences of the same.