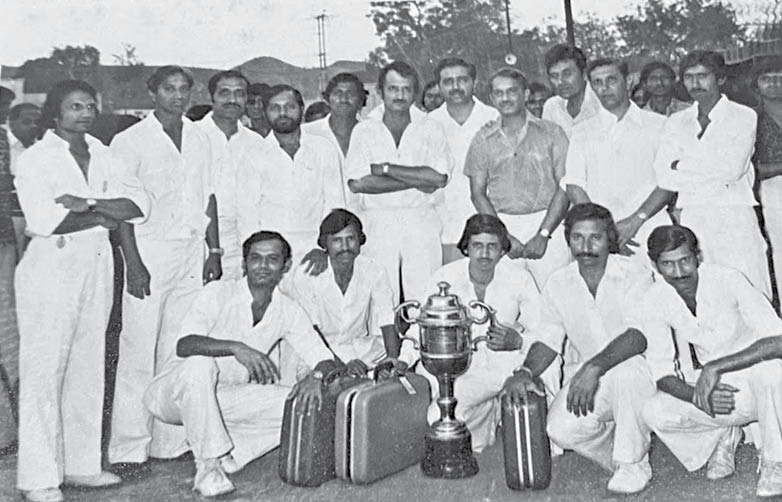 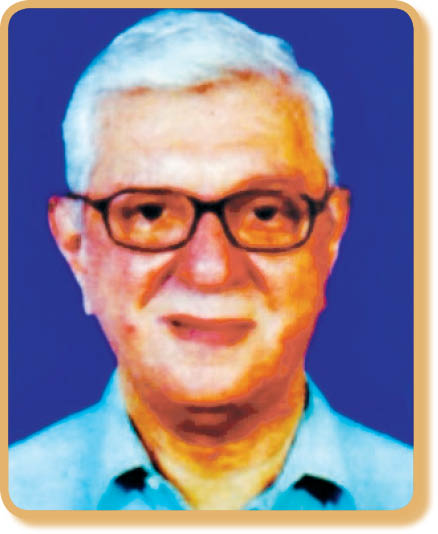 Mumbai has time and again added to the rich heritage of India’s extraordinary cricketing talent… one such great personality, who was highly respected and appreciated by family, friends, team-mates and the fraternity, was the former cricketer, Late Noshir Tantra. This humble and down-to-earth gentleman, who served the game with distinction, passed away on 18th January, 2021. The outstanding all-rounder played with his heart for the cause of his team, never for self-applause. He’s remembered as an ever-smiling yet determined man of steel, always encouraging youngsters, sharing tips and his encyclopedic knowledge.

Noshir, fondly known as ‘Nosh’, was a champion, ever striving for excellence, be it during training or actual games; always rated amongst the best in the fraternity thanks to his exceptional skill sets as a leg spinner and batsman. Walking down memory lane, Noshir Tantra’s son, Adil shares an endearing anecdote with Parsi Times. He shares how his father once took him to a Mumbai maidan to bowl in the nets – marking his first encounter with red-ball cricket. On seeing Adil’s bowling action too akin to that of a leg spinner, Noshir proudly stated, “Son, you have my genes!” This made Adil very happy, but after a few unfortunate local stints, he confessed to his father that cricket was not meant for him as he did not possess bowling variations needed. Noshir never forced Adil to play, saying, “To play cricket and find a spot in the playing 11, you have to be the best in your department, be it batting or bowling.” That was the day Adil learnt his father, Noshir Tantra was probably the best leg spinner of the game that ‘India never had’!

Noshir played for the famous ‘Parsi Cyclist Team’, known to enjoy their unique brand of cricket on field. This celebrated side comprised the stalwarts – Polly Umrigar, Nari Contractor, Farokh Engineer, Rusi Surti, Noshir Tantra, Mehli Irani, Behram Irani, Hosie Amroliwalla, Behram Gowadia, Salim Durrani, Abbas Ali Baig, Homi Mehta, Karsan Ghavri and many other celebrated personalities. One can only imagine what a glorious team this would have been!

Noshir is widely remembered for picked up 5 wickets in 1 over, including a hat-trick, without conceding a single run, in a Talim Shield game. Playing for his employer – State Bank of India (SBI), he was always amongst wickets in spite of being in the elite company of star players like Baloo Gupte, Sharad Diwadkar, Surya More and Bharat Narvekar.

The book, ‘My Innings in Mumbai Cricket’ by Vilas Godbole (as told to Pradeep Godbole), commends Noshir Tantra’s exemplary batting and how, despite this, Noshir’s batting position was never fixed as the SBI team comprised many international and national level players. One of his most memorable knocks recalled, was when he opened the innings for SBI and scored 165 runs against the ACC attack which included Ramakant Desai, Bapu Nadkarni, Polly Umrigar and Bal Kadbet. Adding another feather to his cap, while playing for Parsi Cyclist, he scored a century in each innings in the Purshottam Shield final V/s Khar Gymkhana.

While at his peak in his career, Noshir caught the attention of Mumbai Selectors, who picked him for the Ranji Team, but destiny had other plans for him, and, sadly, one of the most deserving players missed out on a Ranji Trophy berth.

Noshir is fondly remembered by the cricketing fraternity. Speaking to Parsi Times, Ex-India Captain – Nari Contractor, said, “We played a lot of cricket together and he was a very good all-rounder. When on field, he always gave his hundred per cent and tried his very best in all departments.”

“Noshir and I played together regularly in our younger days for Parsee Gymkhana, Parsi Cyclists and Sassanian CC. A very talented leg spinner, good batsman and fielder. Apart from being an excellent cricketer, Noshir was a wonderful man and a very dear friend,” shared Ex-Indian cricketer, Farokh Engineer.

Renowned journalist, columnist, cricket administrator, talent spotter and researcher – Makarand Waingankar shares, “My first memory of Noshir was when he played against a side led by Manohar Hardikar, a former Test cricketer and Bombay captain, where Noshir scalped 6-25 on a great batting wicket at Parsee Gymkhana, in 1965. Later, I watched him play for the main team of State Bank, with skipper Ajit Wadekar, other players included were Hanumant Singh, Budhi Kunderan, Diwadkar, Baloo Gupte. Though Gupte was a top-class leg spinner, the team would play Noshir, as he was very accurate.”

India’s former first-class cricketer, Milind Rege, stated “Noshir was the quintessential spirit of Mumbai’s cricket – a true gem, one of Mumbai’s top club cricketers. A typical bawa – honest and straightforward. He was a flattish leg spinner targeting the stumps and had a great loop with tremendous accuracy as bowler, giving nothing away freely to batsmen. Mumbai has lost an outstanding cricketer.”

Former Cricketer Vilas Godbole added, “In the Bank Shield tournament, I represented Reserve Bank of India and Noshir was with SBI, so we always played against each other for years. He enjoyed bowling and had a typical bowling action, with a slight jump before release. Even though SBI had good spin bowlers, Tantra was their main go-to bowler – that shows just how good he was!”

Noshir’s SBI team-mate and former Indian first-class cricketer, Dinesh Nanavati, recalls, “We played together in the SBI team since 1976; Noshir was one of the best readers of the game. A true team-player, he helped me greatly to better my game and made me feel comfortable as a newcomer. In my very first match for the bank, I got out on a duck and Noshir put his shoulder around me saying many more opportunities would come my way to score many runs, and later his forecast did come true!”

“I faced Noshir a number of times in the Bank Shield, Times Shield and Club Cricket – he was a pure breed Parsi, always wanting to win games for his team, having that never-say-die attitude,” shares former cricketer, Nagesh Thakur

Noshir Tantra left an everlasting impression on everyone he met – on and off the field. May his great soul attain Garothman Behest and rest in eternal peace with our Maker!